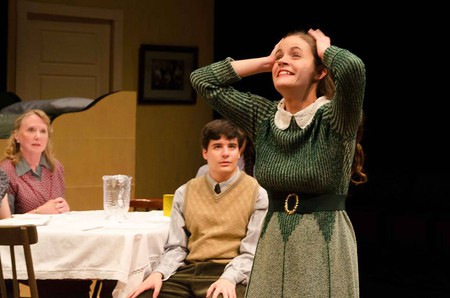 There is nothing more energizing than a live performance — from comedy to drama to musicals, live theatre is thriving in the Greater Toronto Area. Thankfully, there are plenty of theaters to chose from. 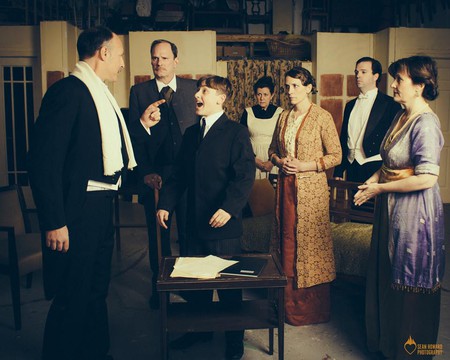 Theatre Scarborough consists of three groups that use the same stage. Scarborough Players and Scarborough Theatre Guild are dedicated to producing creative dramas, comedies and mysteries, while Scarborough Music Theatre produces musicals. The three groups perform 11 combined shows throughout the season that are presented on a unique ‘thrust’ stage. The best part? There isn’t a bad seat in the house with the thrust design allowing the audience to be up close and personal on all three sides of the stage. The price of tickets is reasonable, parking is free and all three groups offer subscriptions for great deals.

Scarborough Players has a long history, having originated in 1958, and produces entertaining comedies and dramas on an intimate stage. Past productions include Brighton Beach Memoirs, A Streetcar Named Desire, and The Winslow Boy,with a wealth of home grown, ACT-CO award-winning talent. Scarborough Players has wine and cheese on opening night, when the audience has a chance to meet the actors, and ‘Talk Back’ Thursdays allow the audience to ask the director, cast and crew questions about the production.

Scarborough Theatre Guild, established in 1959, has produced Nuts, Cactus Flowerand The Mumberley Inheritance. Looking for a unique experience? Head here during the occasional improv, when the fourth wall is broken down to allow the audience to get involved in the action.

Scarborough Music Theatre produces musicals — which usually sell out. These include The Full Monty, Nine to Fiveand The King and I. 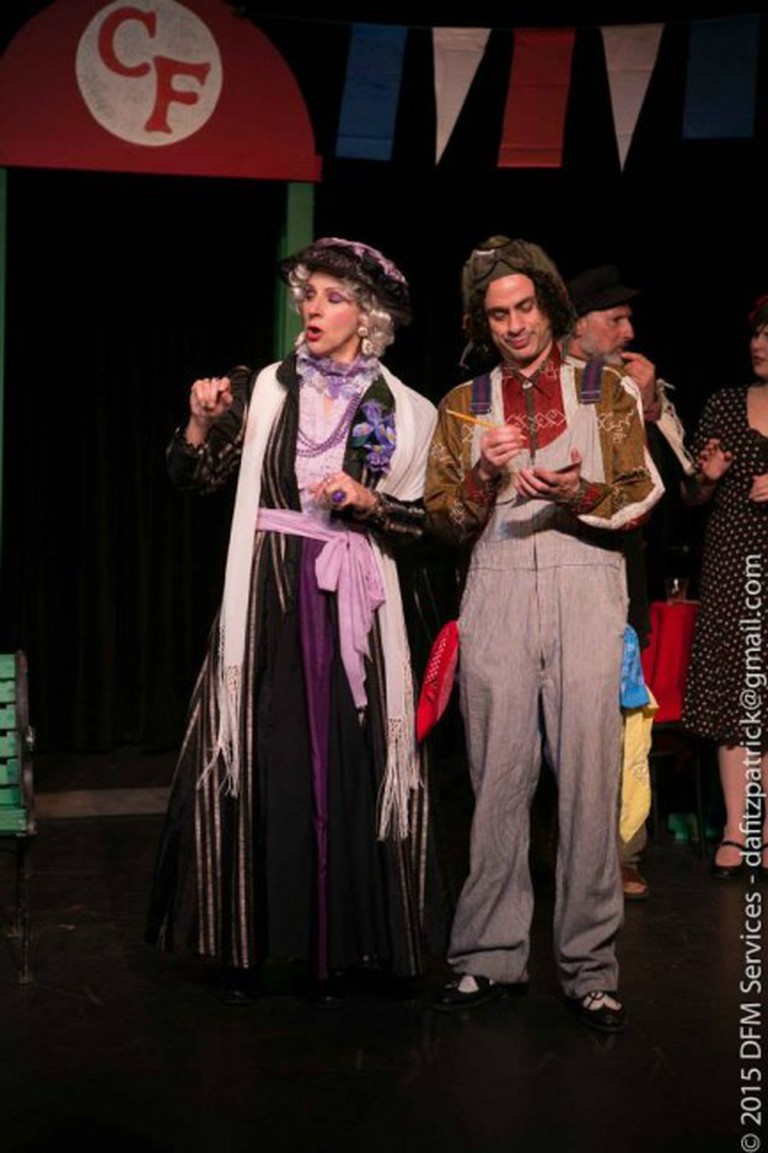 In east Toronto, you’ll find Amicus Productions, a community theatre group performing out of the beautifully renovated Papermill Theatre at Todmorden Mills. Not only can you enjoy comedies, dramas or thrillers on this stage, you can also enjoy touring a gallery of art displays before and after the show. Past productions have included Apartment 3A, Madwoman of Chaillot, Cyrano de Bergerac and Jekyll and Hyde. 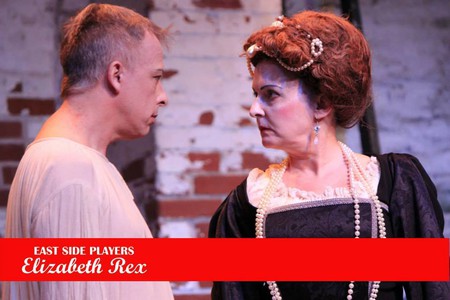 East Side Players, formed in 1967, is another theatre group that’s won numerous ACT-CO awards for productions that include comedies, dramas, mysteries, and even some musical revues. The Players also perform out of the Papermill Theatre at Todmorden Mills. Past productions include The Woman in Black, and Elizabeth Rex. 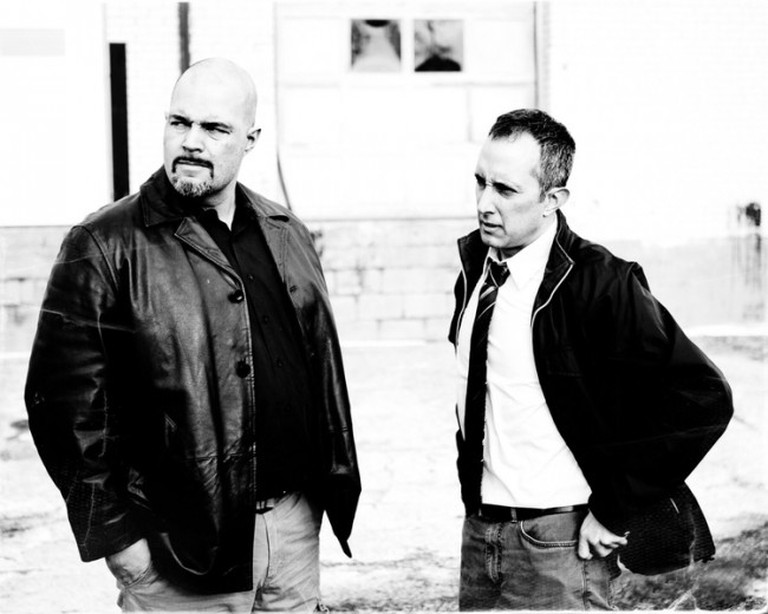 Paper Moon Productions, established in 2014, is known for its inaugural production of A Steady Rain, whichran in January 2015 at Sidemart’s Theatrical Grocery. In October 2015, Paper Moon produced A Midnight Dreary, an exciting evening of radio-style Edgar Allan Poe readings at the Olde Stone Cottage Pub. Look forward to the continued and exciting developments of this emerging and innovative group, which assembles talented actors in various locations for creative entertainment. 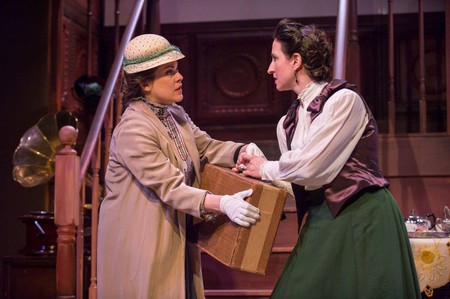 Ever wonder what it would be like to see a play in a firehall? Now’s your chance. Alumnae Theatre Company produces entertaining and memorable shows. This group is also home to the New Ideas Festival and FireWorks — a series designed to attract playwrights to showcase their work.

The Plain Stage Theatre Company, founded by Marion Abbott — creator and director of the Confidential Musical Theatre Project — is a group that produces simple shows (and, very quickly) with the aim of giving actors, directors, choreographers and stage managers more performance opportunities and to emphasize the story rather than the technical side. Productions are held in various locations in downtown Toronto. 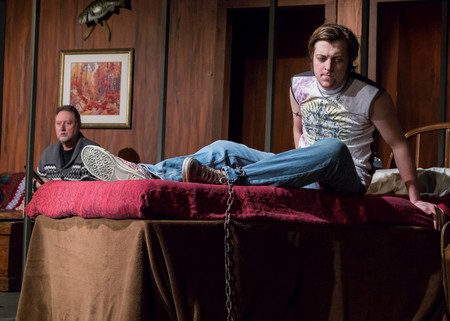 The Bloor West Village Players, a west side treasure, has put on some memorable productions, including comedies, Shakespeare, dramas and mysteries. Founded in 1974, they are well known in the neighborhood and perform on a lovely, intimate stage near Runnymede and Bloor. This theatre’s recent productions include Les Liaisons Dangereuses, Beyond Therapyand The Mouse House. They’ve also produced work by local authors, including The Drawer Boy, Willow Quartet, and a newprose translation of Tartuffe. 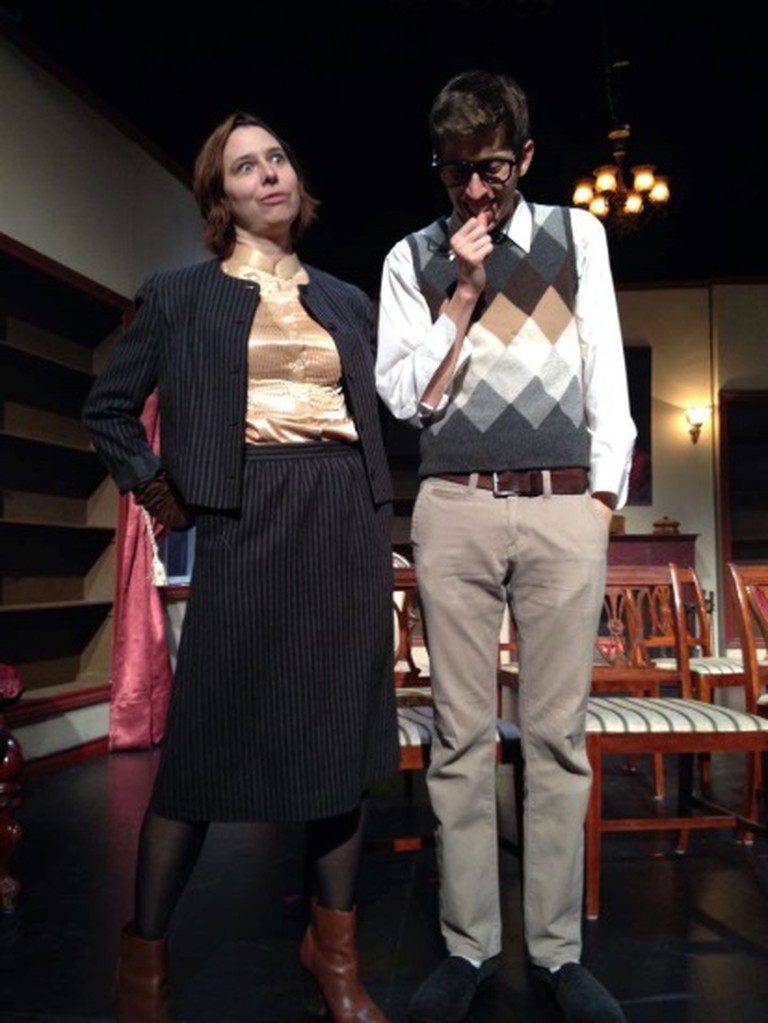 A Tomb with a View, 2015 | Courtesy of Theatre Etobicoke

Theatre Etobicokehas been around since 1956, and it focuses on comedies. Past plays include Five Women Wearing the Same Dress, Lost in Yonkers, Barefoot in the Parkand Bedside Manners, all taking place on a wonderful stage nestled in the beautiful Assembly Hall.