A new documentary film called Design Canada is revisiting the golden age of graphic design in Canada, relating to the ‘60s and ‘70s and the designs that have influenced the country’s designers today. This list is a glimpse at the 10 Canadian graphic designers you should know about, from the 1960s and beyond.

Labeled as Canada’s “first design guru,” Allan Fleming left a lasting legacy following his passing in 1977. He trained in London and Europe in the mid-1950s before returning to Canada and creating the Canadian National Railway logo in 1959, which hasn’t changed in nearly 60 years. From 1968 to 1976, he was the chief designer at University of Toronto Press and transformed the look of scholarly publishing in the country. 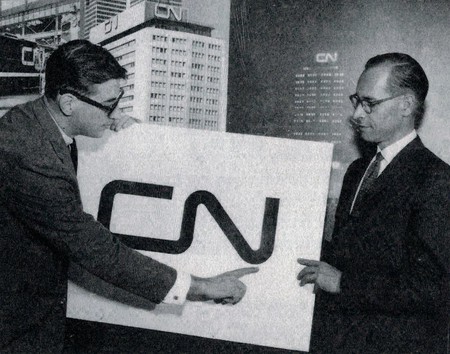 A multiple Juno award-winning graphic artist, Syme is known for his artwork and cover designs for many rock bands. He’s responsible for every Rush cover design since 1975 and sometimes even plays keyboard for the band. He has worked with EMI Records, Sony Music, Warner Bros. Records, and Capitol Records.

Kenn Sakurai is Esm-artificial, a Canadian street artist and graphic designer. Sakurai graduated from Vancouver’s Emily Carr School of Design in 1999, and numerous exhibitions around the world have featured his bold works. He’s known for mass-producing screen printings on pop culture that feature song lyrics, sayings, and celebrities. 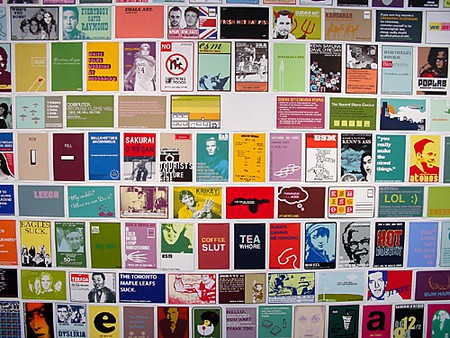 Harder was a member of the Royal Canadian Academy of Arts, the Society of Graphic Designers of Canada, and the International Graphics Alliance. He was one of the co-founders of Design Collaborative, which opened in 1965. It was during this time when his work became recognized for its effective communication and visual approach, thanks to his previous work in advertising. The firm produced catalogs, booklets, symbols, and developed identities. Harder was part of the modernism movement, with his work featured in the Manifestos & Modernism exhibition at the prestigious Museum of Modern Art in New York.

Kramer’s most well-known works include designing the map, and helping to introduce wayfinding systems to the world, at Expo 67 in Montreal. He also designed the Canadian Broadcasting Company logo in 1974; the color scheme is the only change since then. He taught at the Ontario College of Art and Design for 21 years, and now his geometric abstract designs are displayed in galleries worldwide. In 2002, Kramer became a member of the Order of Ontario, the first graphic designer to be inducted.

Dair was a celebrated typographer and typographic designer. He opened a design studio in Montreal in 1947, where he focused on commercial design, teaching, and writing on typographic design. In 1967, his typeface Cartier was commissioned for Canada’s 1967 Centennial celebrations. Today, it’s widely used and identified as a national type for Canada. His typeface, which has been slightly adjusted in the 21st century, is his lasting legacy.

One of the people behind the Design Canada documentary, Durrell is also one-half of the Vancouver-based design firm, Hulse & Durrell. He worked on the designs for the Vancouver 2010 Olympics and Paralympic Games, the most viewed Winter Olympics to date, and met Ben Hulse on the design team. They then collaborated on the Canadian Olympic Team’s rebrand in 2011, among other exciting projects. The firm’s slogan? “We design brands that last.” 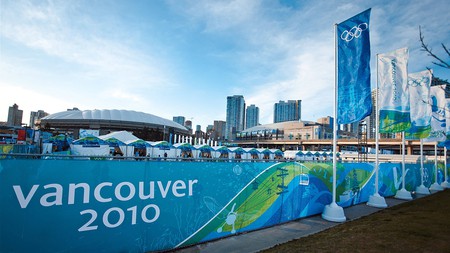 Huel is well known for his work at Expo 67, alongside Kramer, the 1976 Montreal Olympics, and the City of Montreal’s identity. For the Olympics, Huel created all the graphics, from the logo to the programs, with Pierre-Yves Pelletier. He had a lot of experience in printing, which influenced his design approach. Huel believed it was helpful to know if his designs could be reproduced.

Currently working from her base on picturesque Bowen Island, Bantjes is a designer, writer, illustrator, and typographer. She says her career went through three stages. From 1984 to 1994, she worked as a book typesetter, until she co-founded Digitopolis, a graphic design studio. Since 2003, Bantjes has worked as a freelance designer, artist, and letterer. She has become known internationally for her work, which has “an underlying structure and formality that frames its organic, fluid nature.”

Together with Fritz Gottschalk, Stuart Ash created one of the world’s top design studios in the 1960s: Gottschalk + Ash. The two designers both shared an interest in the International Style of design, which was a typographic style that emphasized cleanliness and readability. In 1967, Ash created his most well-known design: Canada’s Centennial logo, which was a multicolored maple leaf featuring 11 triangles for the 11 provinces and one territory at the time. His design led him to be awarded the Canadian Centennial Medal in 1968. 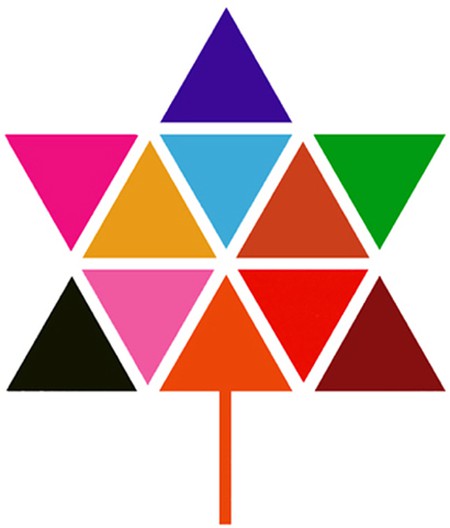 Centennial Symbol | © Wikicommons
Give us feedback