10 Cool Things To Do in Montreal Only Locals Know About 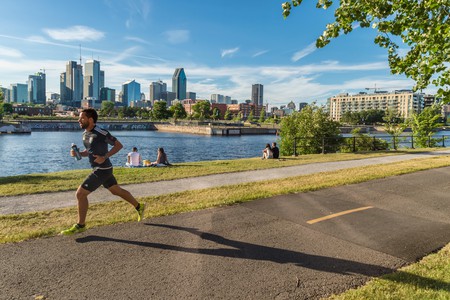 In the internet age, it may feel as though there are no true secrets left. And while that may be true to a degree, any person from anywhere in the world can tell you a few exceptional insider nuggets about their city or town that you didn’t previously know. Montreal may feel familiar, but you’ll still want to read on to discover the places locals rave about so much.

Whether you’re grabbing something simple but delicious to eat, taking in water views, participating in a Montreal-specific event, snapping a photograph of a landmark or hopping on a bike, you can see the city the way Montrealers do – at its finest.

According to those in the know, these are the coolest things to do in Montreal.

Montrealers know this restaurant as OJ. The roadside attraction – a giant orange orb visible from the road – was built in 1932 by Hermas Gibeau, maker of the Gibeau Orange Julep. And while non-residents may know this very recognizable Montreal landmark, what they don’t know is that it’s not known for its juleps; instead, it’s known for its delicious poutine (a dish made with french fries, cheese curds and brown gravy).

At the cool store known as Artpop, you can find Montreal-inspired gifts that are not hokey or expected. Think clothing, jewelry, handmade gifts and home decor. Shopping here is a great way to support a local business and still bring home a little bit of the city. The themed tote bags, featuring images from around Montreal, are particularly coveted by tourists.

Have drinks at Canal Lounge

A visit to this seasonal bar docked in the Lachine Canal is a great way to see Montreal as its residents do: from the vantage point of the water. Canal Lounge has several points of interest, including an outside seating area located at the front of the boat-bar, complete with Adirondack chairs for relaxing in the sun. Inside, the small space is intimate without being claustrophobic, owing, in large part, to the plexiglass roof that allows in all the streaky colors at sunset every day. Afterward, check out the nearby restaurant Candide, which serves farm-to-table cuisine in a warm, brick-walled venue.

Stop by the Tam-Tams

Every Sunday from May through September, near the Sir George-Étienne Cartier Monument in Mount Royal Park, drummers, vendors, dancers and others gather for the weekly Tam-Tams. The unscripted gathering is among the better representations of Montreal’s diverse creative scene, which is why you’ll see residents flocking to it, week after week. There are organized bocce games, picnics, hacky-sack competitions and LARPing, which is a form of live-action role playing that’s particularly common here. If you can dream it, you can probably find it here. 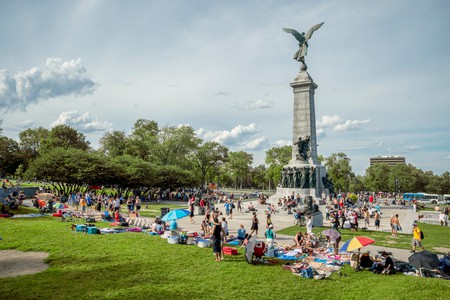 Chow down on steamies at Montreal Pool Room

Essentially a greasy spoon, or casse-croûte (which is the French-Canadian equivalent), the Montreal Pool Room lies in the city’s former red-light district. Founded in 1912, the restaurant was originally home to a pool table; while that table is no longer around, the name remains. Instead, Montrealers now flock here for the steamies: steamed hot dogs topped with cabbage or coleslaw, mustard and chopped onions. Steamies are among the most coveted and inexpensive dining secrets of Montreal. A two-dog steamie (or steamé), a popular order, will set you back a couple of dollars. 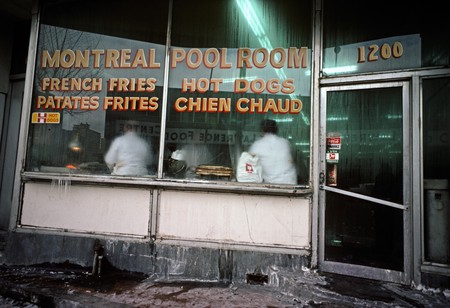 Sip on a coffee at Café Olimpico

This Mile End coffee shop opened in 1970 and remains a celebrated part of local Montreal culture. While Café Olimpico has opened a downtown outpost, the original is where the old-school action is; the café has a traditional Italian feel, despite the modern era. As the brainchild of Italian immigrant Rocco Furfaro, who also owned Montreal’s first pizzeria, Café Olimpico is an ode to the art of Italian coffee, with signature lattes and affogatos. Come for the coffee, but stay for the gelato. 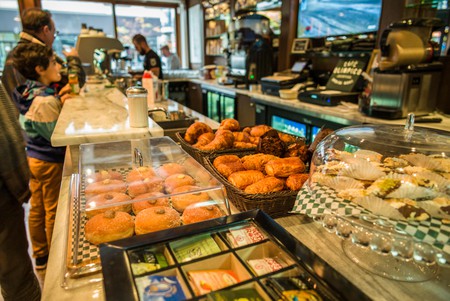 Parc La Fontaine is Montreal’s other park, as in the park that is not Mount Royal (the city’s namesake and largest geographical feature). Once a farm, this 84-acre (34-hectare) green space offers lounging spots, walking paths, sun, shade and everything in between, including a pétanque area, dedicated public art and an outdoor ice-skating rink. The park has been providing residents with a respite from urban life since the 1870s. 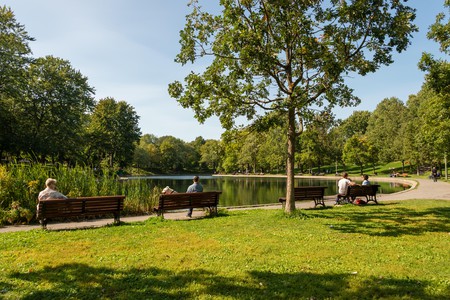 There are few features in Montréal as striking as the Lachine Canal, which essentially bisects the city. And while it’s easy to walk alongside the canal (or drink on a moored boat at the aforementioned Canal Lounge), it’s better – in a city known for its bicycling life – to see the striking waterway from two wheels. 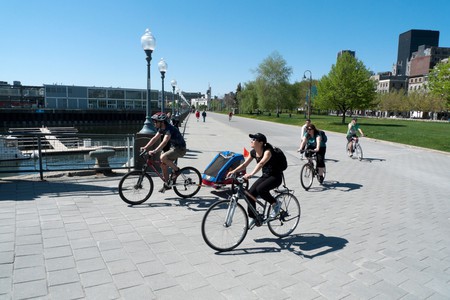 Smell the roses at Dragon Flowers

If you have walked through Mile End, you may have noticed the eye-catching facade of Dragon Flowers – a boutique flower shop festooned with birdcages of all shapes and sizes. Tamey Lau, an immigrant from Hong Kong, opened Dragon Flowers in the 1990s, and when the store suffered a fire in 2013, the community rallied and raised enough money for Lau to open her beloved business once again. Her beautiful flower arrangements are reason enough to visit, but don’t miss the chance to capture a photo of the store’s exterior, which is a landmark in Montreal.

If you’re looking for a way to get your blood pumping, look no further than KSF Montréal. Just outside of the city proper, you’ll find this board rental company, which also conducts classes, including beginner’s paddleboarding and surfing. Once you’re up and ready to tackle the open waters, you can paddle in the St Lawrence or try your luck at surfing on the small surf break located in the river. The company has wetsuits for rent, along with other gear you’ll need for a day out in the chilly waters.