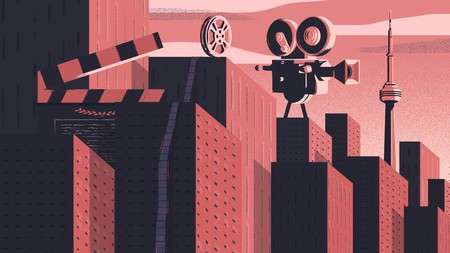 Torontonian film connoisseurs are already familiar with the Toronto International Film Festival (TIFF), which takes over the city (in the best way possible) every September. But the city offers a rich and varied array of film festivals, which champion everything from shlocky horror to cutting-edge documentaries.

Hot Docs has been bringing well-crafted documentary films to the masses with its budget-friendly tickets and free screenings for students and seniors since 2011. Located in the city’s exciting Annex neighborhood, the century-old (but recently renovated) Hot Docs Cinema is indeed a fitting location for North America’s largest documentary film festival as it continues to screen high-caliber documentaries.

This well-attended annual film festival takes place from late April to early May, the perfect time to enjoy the city’s lovely spring weather.

The Regent Park Film Festival showcases the works of promising local and independent filmmakers that appeal to inner-city communities. Some of the best things in life are free, and that adage certainly rings true with this free-of-charge film festival. Standouts from previous years include Meet the Patels (2014), which enjoyed a small commercial release through the film company Alchemy in the USA.

Toronto holds the distinction of being one of the world’s most multicultural cities. Therefore, it is not surprising that the city hosts the Toronto Reel Asian International Film Festival, a festival solely dedicated to showing off gems from the fast-growing field of contemporary Asian cinema.

The festival is held yearly in early-to-mid November.

Cinephiles who have grown tired of the usual Hollywood fare should look to the European Union Film Festival to rekindle their love of cinema. Showcasing the best contemporary films that Europe has to offer, there is no more suitable location than the historic Royal. This film festival is the epitome of joie de vivre for film junkies.

You can see the crème de la crème of European cinema in mid-November every year. 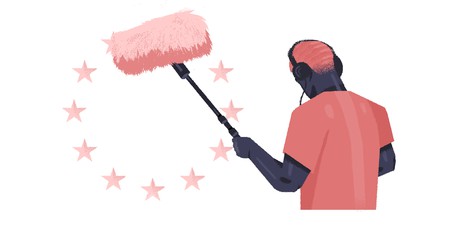 Just as the name suggests, Toronto After Dark showcases films that have their full cinematic effect when the sun sets and the darkness closes in. It’s a must-visit event for any fan of cult sci-fi and horror films – those who crave films stranger than the usual mainstream fare. This film festival screened the now-infamous The Human Centipede (2009) a few years ago, and everyone knows that’s not one for the fainthearted.

The film festival is held annually in mid-October, just in time to help you get into Halloween mode.

Inside Out Toronto LGBT Film Festival

Inside Out Toronto LGBT Film Festival is the largest of its kind in Canada, celebrating films from Canada and around the world that are geared towards the LGBTQ community. While the works are LGBTQ-centered, diversity in all its forms is the main focus.

The festival usually takes place during June, known the world over as Pride Month.

Documentary, full-length and short feature films that touch on Jewish culture and community are showcased at the Toronto Jewish Film Festival. Last year, TJFF screened 118 films and paid tribute to Rod Serling (of The Twilight Zone fame) and Al Waxman (an actor best known for the sitcom King of Kensington).

The event is held annually in early May. 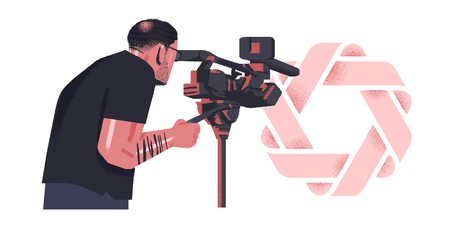 A number of today’s lauded auteurs learned their craft as film students before mastering the art of film-making. The Toronto Student Film Festival, also known as Take 21, celebrates the works of promising talents who may one day become fixtures at prestigious film festivals. The TSFF accepts entries from aspiring filmmakers from all over the globe who are aged 12–21.

If you are interested in this film festival, mark your calendar in late May, just as students ready for summer after the school year.

The Toronto Palestinian Film Festival has managed to create a lot of buzz in a relatively short amount of time. TPFF promotes the vibrancy of Palestinian culture through films and other visual arts. You can’t get any greater taste of socially relevant film than one of this year’s notable documentary entries, On the Bride’s Side (2014), about Syrian and Palestinian refugees who disguise themselves as part of a wedding entourage in order to enter Sweden.

TPFF takes place annually toward the end of September.

The award-winning 2006 documentary An Inconvenient Truth, based on former Vice President Al Gore’s campaign to shed light on the issue of global warming, may have succeeded in bringing environmental awareness to the fore, but Planet in Focus has been making huge efforts toward achieving that same goal since 1999. Planet in Focus showcases films that present staggering truths about the state of the planet.

You can put your green on in late October every year.