Stawamus Chief features one of the largest granite monoliths in the world | © Kyle Pearce / Flickr
British Columbia’s landscape primarily consists of National Parks filled with mountain ranges, lakes, and rivers. This makes it one of the best places for hiking in North America. Some hiking trails are short, some will get your calves burning, and others will take days to complete. No matter what kind of hike you desire, British Columbia has a hiking trail to suit you.

This trail is located in Tweedsmuir South Provincial Park in the Cariboo Regional District. It’s in British Columbia’s central interior, which translates to isolated trails and rural landscapes. The Rainbow Range is well-known for its red, orange, yellow and lavender coloured mountains. A 16-kilometre round trip, the hike can be done in one day, but camping is another option in summer.

For an easily accessible (but hard) hiking option that includes both turquoise lakes and stunning vistas, choose the Black Tusk trek in Garibaldi Provincial Park. The park is located between Squamish and Whistler. This hike takes you up to Black Tusk, the park’s most prominent peak and a former active volcano. In nine kilometres you will reach the crown jewel, Garibaldi Lake and its campsite. Then another seven kilometres will take you up to Black Tusk’s base. 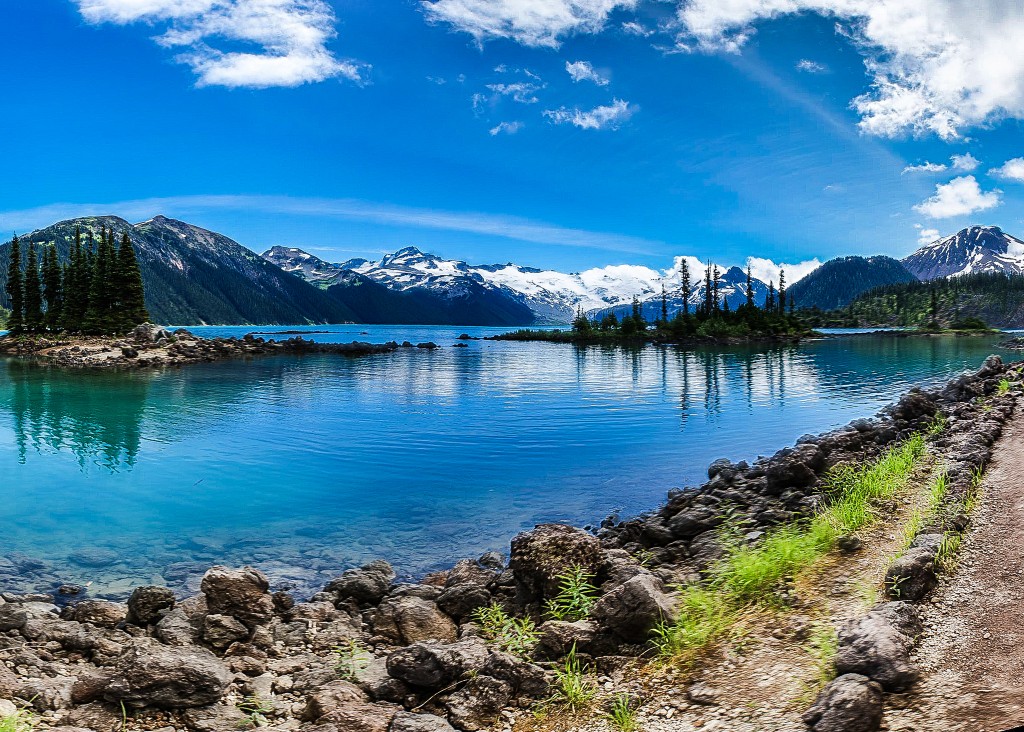 It’s said that this multi-day hike within Kootenay National Park is the pinnacle of Canadian Rockies hiking. The Rockwall Trail is a 55-kilometre trek that takes you along a mountain range. Some of the highlights along the way include Floe Lake, Floe Peak, looking out over Numa Pass, strolling through meadows, and marvelling at the many waterfalls.

This world-renowned trail stretches for 75 kilometres along Vancouver Island’s southwest coast. It’s a part of the Pacific Rim National Park Reserve and takes hikers through lush rainforest, past waterfalls, and along the waterfront. The West Coast Trail follows in the footsteps of Canada’s First Nation ancestors. 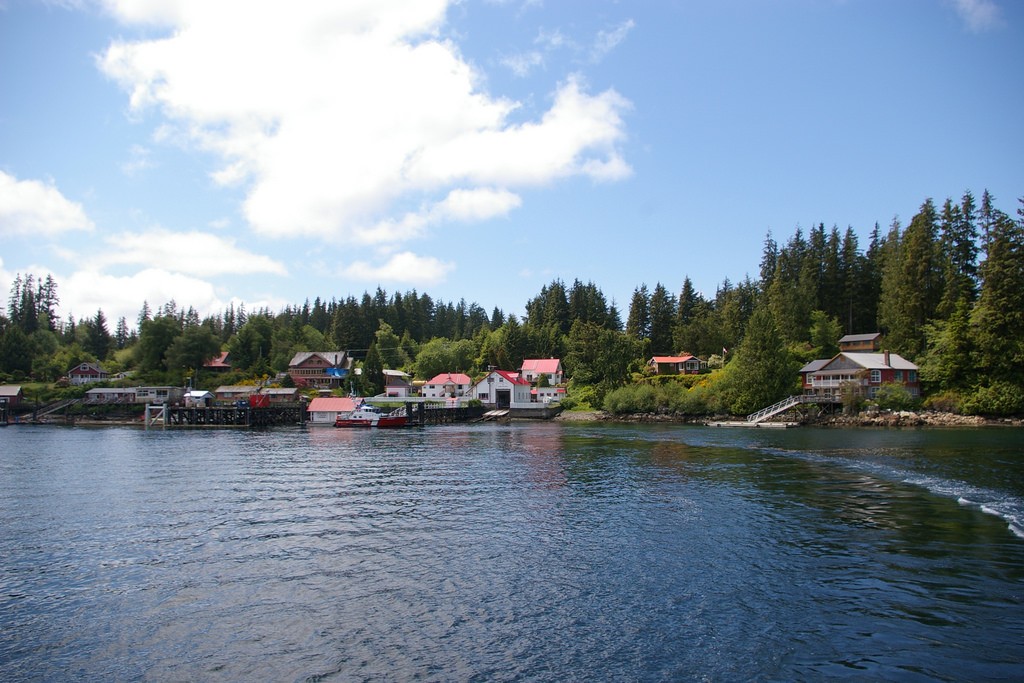 Natural Feature, Park
Iceline Trail in the Rockies | © Juliane Schultz / Flickr
Located in Yoho National Park, the Iceline Trail is also a part of the Canadian Rockies and very close to the Alberta border. Yoho is a Cree expression meaning awe and wonder, and hikers will be filled with wonder after doing this 21-kilometre trek. The trail’s many highlights include overlooking Yoho Valley, walking by Daly Glacier, and seeing Takakkaw Falls and its reservoir.
More Info
Open In Google Maps
Iceline Trail, British Columbia, V0A 1G0, Canada
View menu
Visit website
Visit Facebook page
Send an Email
Give us feedback

When a trail is a part of Glacier National Park, you know it’s going to be full of jaw-dropping views. Glacier Crest Trail is an 11-kilometre round trip hiking trail near Golden in British Columbia. As the name suggests, along the track hikers get views of both Illecillewaet and Asulkan Glaciers. At the summit, the panorama vista features snow-covered rocky mountains and glacial ice.

Perhaps the most remote hiking trail on this list, Berg Lake Trail is an internationally-recognized backcountry trek. The trail follows around Mount Robson’s base, which is the Canadian Rockies’ highest peak. Although there are many options, no matter which trail is chosen, hikers will undoubtedly cross paths with glaciers, waterfalls, snowy mountains, and local fauna. The BC Parks website states: “Gaining just under 800 metres in 23 kilometres, the trail traverses three biogeoclimatic zones.” 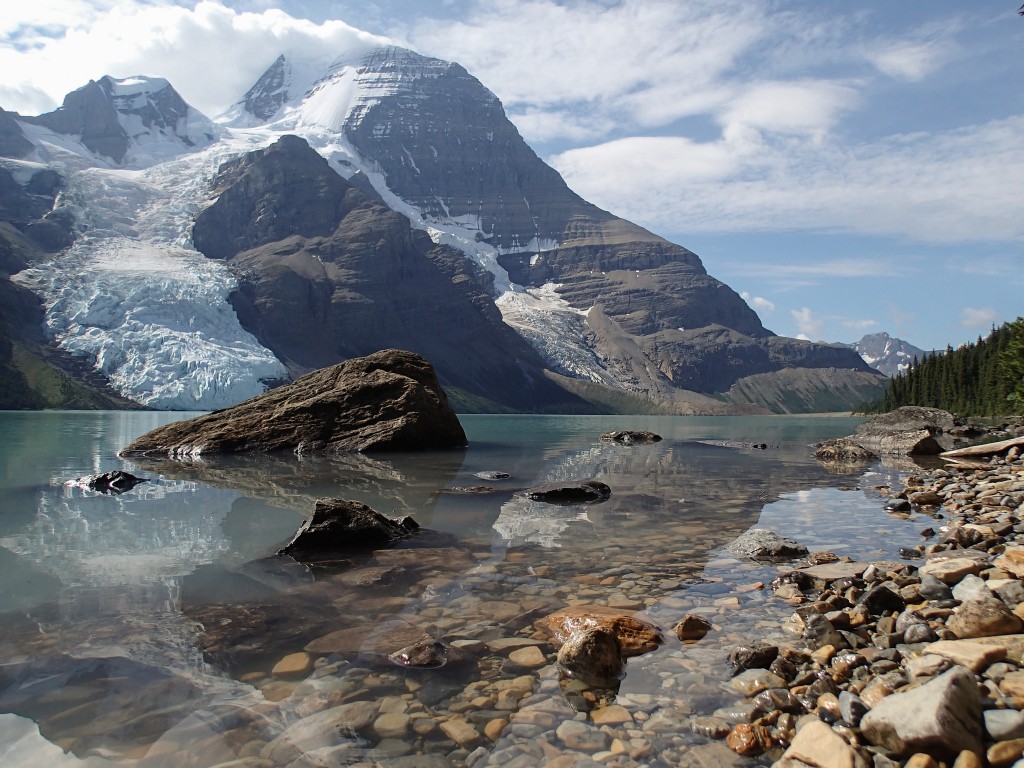 The Sunshine Coast Trail is a 180-kilometre hiking trail along the Sunshine Coast, north of Vancouver. The trail stretches from Sarah Point in Desolation Sound to Saltery Bay. It’s the longest hut-to-hut hiking experience in Canada and traverses a number of different landscapes. The Sunshine Coast Trail goes from shorelines to lakes to mountain tops and forests. It’s an excellent outdoor adventure truly showcasing the best of British Columbia.