'Wormwood' Is the Spookiest Conspiracy Thriller for Years, and It Tells a True Story 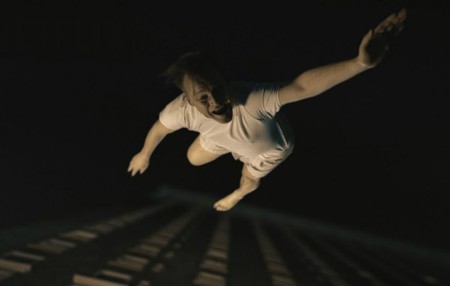 Errol Morris’s Wormwood should come with a US government health warning to all citizens: “We will kill you if we think you are a problem.”

There’s a whiff of sulphur, even of apocalypse, at the beginning of Wormwood, a dread-laden mixture of fiction and documentary that has Frank Olson (Peter Sarsgaard) intoning from Revelations 8: 10-11: “And the third angel sounded, and there fell a great star from heaven, burning as it were a lamp. And it fell upon a third part of the rivers and upon the fountains of waters;

“And the name of the star is called Wormwood: and a third part of the waters became wormwood; and many men died of the waters, because they were made bitter.”

The waters polluted by wormwood are, in the context of Morris’s chilling Netflix miniseries, the agents of disease, including smallpox and meningitis, spread by biological weapons allegedly used by the US military in Korea during the 1950-53 war. Stomach-churning vintage footage that was denounced by the US as Chinese propaganda shows swarming spiders and other bugs supposedly released from a US bomb casing. 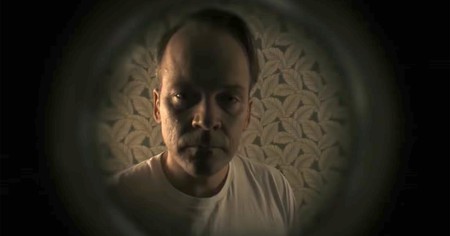 Born in 1910 and trained as a biochemist, Olson worked from 1943 as a bacteriologist with U.S. Army Biological Warfare Laboratories at Camp Detrick, Maryland, and later became associated with Sidney Gottlieb’s CIA Technical Services Staff. Some of Olson’s colleagues worked for a mind-control project called MK-ULTRA that was experimenting with the uses of psychotropic drugs; the sinister Gottlieb (played in the film by Tim Blake Nelson) was a chemist, poisoner, and spymaster.

A week after attending a retreat at Deep Creek Lake, three hours from Camp Detrick, on November 18-19, 1953, Olson asked to resign from his position. He was apparently suffering a nervous breakdown and was brought to Manhattan to see a CIA physician (played by Bob Balaban). Around 2.30 a.m. on 28 November, Olson fell through the shattered window of the 13th floor room he shared with Gottlieb’s deputy Robert Lashbrook (Christian Camargo) at the Hotel Statler at 401 Seventh Avenue (now the Hotel Philadelphia); he murmured something and died seconds after impact.

Wormwood, which is also being released in a theatrical version, investigates the circumstances of Olson’s death and the seeming cover-up. The US government claimed that Olson committed suicide after having drunk a Cointreau spiked with LSD by Gottlieb at the retreat. Eric Olson, one of Frank Olson’s two sons, had his father’s well-preserved body exhumed for reburial in 1994; a second autopsy conducted at the time by a forensic scientist revealed what Eric had long suspected: that his father was executed. He had been struck on the head and in the chest prior to the fall. The killing was consistent with execution methods recommended in a CIA manual. 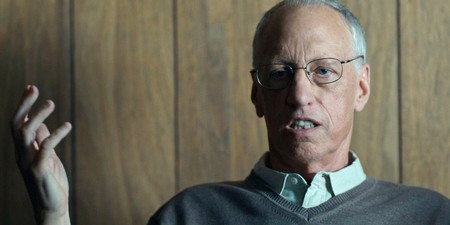 The spine of Morris’s film, which incorporates noirish enactments of Olson’s last days, his demise, and the aftermath, as well as Olson family home movies, is an in-depth interview with Eric, now 72. He has devoted his life—perhaps squandered it, he reflects—in determining what befell his father and why.

A gaunt, bespectacled Harvard graduate, Eric cogently lays out the entire case to Morris, frequently seen in two-shots with him. He and his brother Nils took their late mother Alice (played as a younger woman by Molly Parker) on road trips to talk to some of the then-surviving principals in the case.

In 1975, the Rockefeller Commission disclosed the LSD story, which led to President Ford apologizing to the Olson family at the White House. The Olsons’ acceptance of a payout inadvertently led to the death of Eric and Nils’ pregnant sister Lisa, her husband, and child when, on a trip to look at an investment opportunity, their small plane crashed in a blizzard. Accepting the payout also prevented the Olsons from suing the government. Eric says it was an occasion on which he “dropped the ball.” 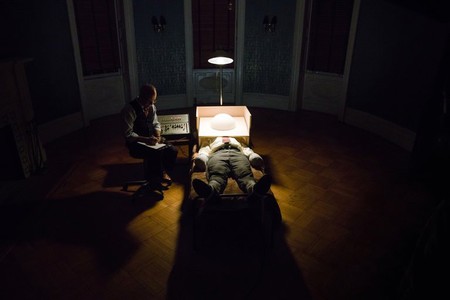 Toward the end of the film, Morris interviews the investigative journalist Seymour Hersh, now 80, whom Eric persuaded to re-investigate his father’s death. He came back with findings that corroborated Eric’s suspicions of murder and yet denied him closure, because writing a story would have meant Hersh would have had to reveal a source, something he would never do. The CIA considered Frank Olson a dangerous dissident, Hersh allows. A CIA-sanctioned murder? “Why not?”

Eric is a pioneer of psychotherapeutic collage and Wormwood takes its visual cues from his so-called Collage Method. Less kaleidoscopic than relentlessly fragmented, it skips around in time, drops in photos and truncated newsprint clippings, and deploys split screens and multiple screens.

Morris illustrates Eric’s musings that he’s a modern Hamlet driven to avenge his father’s death with scenes from Laurence Olivier’s 1948 Hamlet, and draws, too, on the classic noir Out of the Past (1947). There’s some liquified acid trip imagery, and shots of Red Scare bully Joe McCarthy and the convicted Soviet spy Ethel Rosenberg that consolidate the mood of Cold War paranoia and retribution.

Paul Leonard-Morgan’s music—its doomy foghorn chords reminiscent of those in Robbie Robertson’s Shutter Island score—sounds a knell for freedom in President Eisenhower’s America; it would stand alone as a symphony of portentousness.

Stay in the shadows

Wormwood is masterful. It’s the car with the blacked-out windows parked at the end of our street. It’s the sinister man beneath the lamp post on the opposite sidewalk who’s looking up at our window in the middle of the night. It’s the unknown voice on the phone who tells us about the lonely place where we have to bring the money. It’s the unexpected knock on our door. It’s all our yesterdays and all our todays, and it’s a warning to stay in the shadows.

Wormwood is being streamed on Netflix.