Why 'The Killing of a Sacred Deer' Is a Feelbad Movie 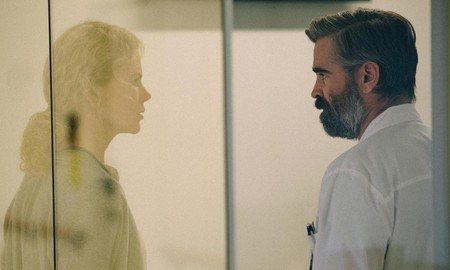 Colin Farrell and Nicole Kidman star in a sardonic psychological thriller that leaves a nasty taste in your mouth.

The Greek filmmaker Yorgos Lanthimos has found in Colin Farrell someone to play a benighted everyman charged with combating purgatorial fate.

In Lanthimos’ latest, The Killing of a Sacred Deer, the Irish actor’s character is a cardiovascular surgeon doomed to sacrifice one of his children as karmic payback for an operation he botched when drunk, causing the patient’s death. 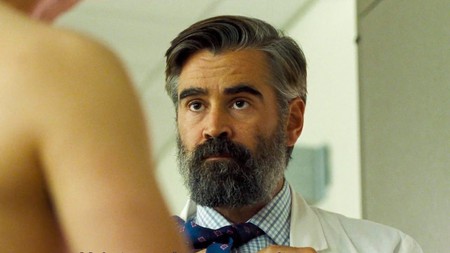 Colin Farrell in The Killing of a Sacred Deer | A24

Co-written like The Lobster by the director and Efthymis Filippou (winners of this year’s Best Screenplay award at Cannes), The Killing of a Secret Deer is an allegory about the consequences of not accepting the responsibility for one’s ruinous actions.

Derived from the myth of Agamemnon and Iphigenia, and unfolding as a psychological horror thriller, Secret Deer is as stylish, cold, and sardonically deadpan as Stanley Kubrick’s films.

The sleekly made film is painful to watch and bleak in its insistence on making Farrell’s Steven, his ophthamologist wife Anna (Nicole Kidman), and their adolescent children Kim (Raffey Cassidy) and Bob (Sunny Suljic) suffer for what cannot be undone.

Like Kubrick, Lanthimos is a moralist whose sardonic, mirthless world view can be mistaken for misanthropy. Never, at any point, do the Gods smile down on Farrell’s Steven Murphy. He exists to squirm. 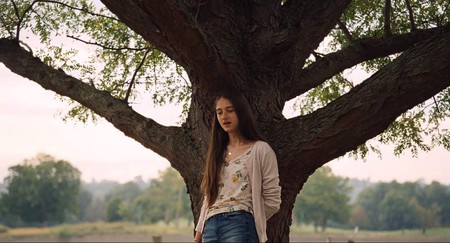 Raffey Cassidy in The Killing of a Sacred Deer | © A24

It may be more realistic than otherwise for Lanthimos to deny Steven a chance to redeem himself. But a movie that offers not an iota of hope, or forbids the protagonist from consulting his conscience, can feel like a bloody-minded exercise in futility.

Whereas the tortures inflicted on the husband and wife couples in both versions of Michael Haneke’s Funny Games have a point because they implicate viewers in the horrible spectacle, making them question why they are watching it, the Job-like torments visited on Steven have no such meta resonance.

Return of the repressed

At its best, Secret Deer is—like the better Kidman movie Birth—about the return of the repressed. The “ghost” who has come to haunt Steven, shattering his well-heeled life, is 16-year-old Martin.

The movie leaks its secrets slowly. At first it appears, that Steven—a medical Master of the Universe and a lord of suburbia—is Martin’s father. Then it’s implied they have had a sexual relationship and that Steven is being blackmailed as a pedophile by Martin. The youth is clearly an unlikely friend for a 40-year-old man, as becomes clear when Martin asks Steven if he can see his underarm hair.

It transpires Martin is the son of the dead patient. Initially cloaking his sinister intentions in politeness, he is played by Barry Keoghan, who had a more sentimental role as the schoolboy who becomes a sacrificial lamb in Dunkirk. 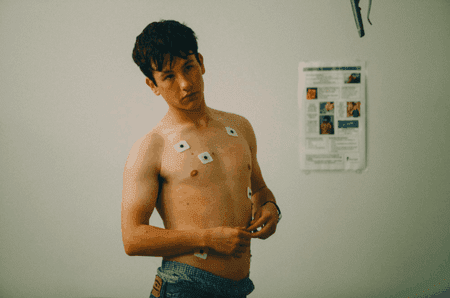 Barry Keoghan in The Killing of a Sacred Deer | © A24

To try to charm Martin into behaving rationally, Steven stupidly invites him to lunch with his family. Kim tells Martin she’s just got her period. It’s only a matter of time before the smitten girl is joyriding with Martin on his borrowed motorcycle sans crash helmet.

Invited back to Martin’s house, Steven has to fend off Martin’s mom (Alicia Silverstone, making the most of her one scene) when she sucks his fingers and offers him her caramel tart. Steven objects to Martin’s plan to become his surrogate dad. So Martin uses his psychic will to cripple Bob, then Kim, with threats of worse to follow.

All this feels contrived. Worse, virtually every exchange is couched in Pinteresque politesse laced with menace—only the dialogue isn’t as good as Pinter’s. As Lanthimos suffuses the film with ominousness and Martin’s revenge plan is revealed for what it is, Lanthimos cranks up the eerie score; it sounds like it was played on a violin with a lead file used as the bow.

The performances are solid, with Keoghan outstanding as the intrusive wretch, whom Steven is forced to manacle is in his basement. Because Farrell, bushy-bearded here, clearly wasn’t allowed to act sympathetically, it’s hard to feel much empathy for Steven—a fatal error.

Kidman hits the right notes of sorrow and anger as Anna. Dragging themselves along on their bellies, avoiding self-pity, Suljic and the excellent Cassidy are appropriately pathetic as the lame children on whom the father’s sins are visited. But Sacred Deer needed putting out of its misery.

The Killing of a Sacred Deer opens on October 20 in the US.