It’s not until you see the way interior designers creatively combine bright colors and interesting patterns with unique textures and surfaces, that you realize how much of an art form decorating is. With so many great interior designers in the world, editing down to ten is surprisingly hard, but we’ve done it. To help develop your visual eye as well as inspire you, here’s some of the top artsy designers to get familiar with. 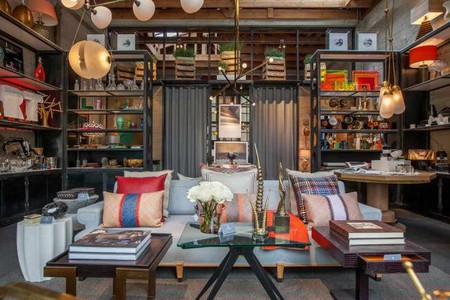 Jay Jeffers is an influential interior designer based in San Francisco. Listed as one of Elle Décor’s A-List designers, he’s designed penthouses for the Ritz-Carlton Residences Lake Tahoe as well as many homes across California, New York and beyond. His work has been published in House Beautiful, The Wall Street Journal, San Francisco Chronicle, New York Times and Los Angeles Times, and he’s been included in numerous decorator show houses and interior design books. Before studying interior design at UC Berkley, Jeffers worked in advertising for the fashion industry. For inspiration, you should get acquainted with his book Collected Cool, his signature collection of furniture and accessories for Arteriors, and his retail space called JayJeffers — all of which showcase his glamorous aesthetic made up of stylish interiors balanced with casual elements, pieces of art, and playful decorations.

Mixing classic and modern, Charlotte Lucas draws inspiration from her client’s backgrounds and makes her designs personal by integrating antiques, vintage furnishings and family heirlooms with contemporary designs. She is from North Carolina and studied interior design at the University of Georgia. Being covered by magazines like Home and Garden and Southern Living, a lot of her works have a sense of traditional Southern charm that is brought to life with contemporary elements, interesting prints and bold pops of color. Lucas learned the importance of color and detail at an early age from her mother, who is also a designer, and her childhood around flea markets, showrooms and antique stores has translated into her cozy, but sophisticated signature. 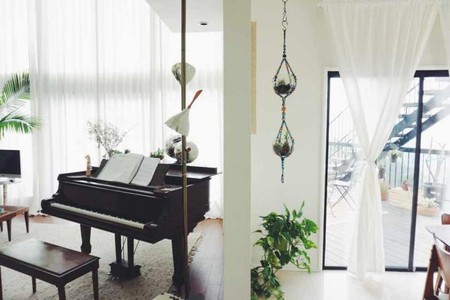 For crafty and laid-back inspirations, Oregon-based Emily Katz is the one to follow. Her portfolio includes collaborations with brands such as Urban Outfitters, and she works as a creative consultant, interior designer and macrame artist. Adding handcrafted elements, lots of living plants, and earthy tones, her cozy and bohemian style reflects her adventurous lifestyle, as she travels around the world teaching modern macrame and collaborating on styling as well as interior projects. Katz has been featured in the LA Times, London Daily Mail, Nylon Magazine, and Elle France among others, and she’s a sensational Instagram star. If you’re a lover of travel, crafts and earthy influences, one glance at her inspiring Instagram account will leave you hooked.

Another designer with a sense of wanderlust, Sibella Court is based in Sydney, Australia. She’s an interior stylist, historian, product designer and creative director, and will quickly become your go-to for inspiration if you love brands like Anthropologie — which she has actually collaborated with in the past. Her nomadic signature is largely influenced by markets and independent designers that she’s discovered on her travels around the globe, and her portfolio is made up of an impressing mix of commercial spaces, advertisements, magazine editorials and brand collaborations. The best places to find inspiration by Court are her award-winning books, including Etcetera: creating beautiful interiors with the things you love, as well as The Society Inc., a creative concept of hers including a shop full of unique treasures.

Creative director of Oscar de la Renta Home from 2003 to 2013, Miles Redd is a sought-after New York designer and has been working under his own name since 1998. His career began after graduating from NYU and learning from both antiques dealer John Rosselli and decorator Bunny Williams. He’s known for bringing a playful twist to glamour and for bringing splashes of color and fantasy to modern, sophisticated spaces. As one of the world’s most influential designers, his work has been featured in Vogue, W, House Beautiful, Elle Décor, Veranda, and Architectural Digest. Miles has also been honored as one of Architectural Digest’s ‘AD 100’ in 2012, 2013 and 2014, and is author of The Big Book of Chic.

After studying architecture at Columbia University, Nick Olsen got a job assisting designer Miles Redd and quickly shifted his career path to interiors. His influential style incorporates bold colors and quirky patterns in an accessible and cozy manner, and he’s known to use lots of cultural decorations like antiques and modern art. Specializing in home, with examples being a Greek Revival townhouse in Brooklyn Heights and an Upper East Side family apartment designed by architect Peter Marino, New York-based Olsen launched his own firm in 2010. His projects have been featured in magazines across the globe, including British Homes & Gardens, Wall Street Journal, and The World of Interiors.

Kathryn M. Ireland is a British designer currently based in Los Angeles. She has a diverse creative background, and before becoming an interior designer, she worked as an actress, clothing designer and filmmaker. Bringing worldly influences to an aesthetic that combines elegant European and cool California chic, her portfolio includes celebrity homes, hotels and architectual landmarks. Ireland shares her expertise and passion with the public by hosting regular design bootcamps and holding a design retreat each summer, as well as through her four books, each full of bold colors, eye-catching textiles and sophisticated bohemian vibes. She also has a line of textiles, decorations and furniture, and her online shop is a great place for unique finds including vintage pottery, antique furniture, and colorful eastern-inspired rugs.

Muriel Brandolini‘s international outlook and tropical inspired interiors are influenced by her upbringing between Vietnam, Venezuela and France. Her cultural and colorful approach has made her one of today’s most prominent designers, with works frequently featured across high-end women’s titles like Harper’s Bazaar, Vogue, Vanity Fair and Elle. In 2012, Brandolini received the HUE Lifetime Achievement Award for her vibrant designs and remarkable sense of color, which she has also translated into Life by Muriel Brandolini, her lifestyle brand complete with playful apparel, fabrics, furniture, home décor and accessories. To best get insight into Brandolini’s artistic life and colorful work, get your hands on her book The World of Muriel.

With a background as fashion editor of Town and Country Magazine, Lily Bunn is known for creating chic and livable spaces. Before opening her own New York-based firm in 2009, she worked for the interior design company McMillen, Inc. Her portfolio, characterized by optimistic colors and patterns against sophisticated backgrounds, includes stylish family homes and she has been featured in Vogue, House Beautiful, Traditional Home, Elle Décor, Veranda and Lonny. Earlier this year, Lilly Bunn’s eye for decorating earned her a spot on Vogue‘s list of young interior designers on the rise.

Alessandra Branca has been working under her own name since 1981. Known for using rich colors and ornamental detailing, she’s been featured on Elle Décor‘s A-list every year since 2011 as well as House Beautiful‘s Master Class, and has been published in Architectural Digest, Town and Country and the New York Times to name a few. During her many years as an interior decorator, she’s filled her portfolio with a wide variety of different projects, including collections of textiles and furniture, private homes, commercial interiors and product development for clients around the globe. Branca’s elegant aesthetic mixes classical styles with elements of traditional craftsmanship, as seen in her inspirational book New Classic Interiors.