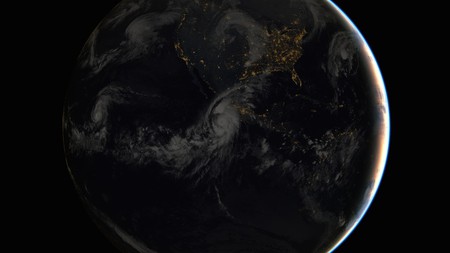 Tropical storms and hurricanes are typically identified by human names, but who picks them? The answer is the World Meteorological Organization, and they have a standard practice put in place using a set list of names each year.

According to the National Ocean Service, storms prior to the 1950s were cataloged by order. So, the first storm to hit in a particular year would be One; the second would be Two, and so on. This way of naming them could be confusing if multiple storms were brewing at once, plus it’s easier to remember and communicate short, unique words than a series of numbers. So in 1953, the U.S. began giving storms names. For some time, all storm names were traditionally female names; however, by the late ’70s, male names were also included.

Giving storms human names was not an entirely original idea at the time it was officially implemented. The National Hurricane Center points to earlier instances of using names to designate storms, including in the 1941 George R. Stewart novel Storm, and via British meteorologist Clement Wragge, who had been doing it since the late 1800s. Wragge, who worked predominantly in Australia, drew from historic military leaders and Roman and Greek mythology for inspiration, but sometimes he used the names of politicians he didn’t like. 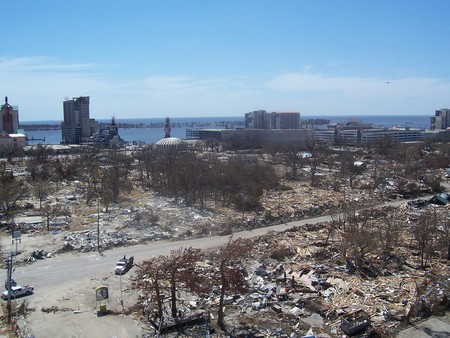 This photo, taken atop the Palace Casino roof in Biloxi, Mississippi, shows the destruction of Hurricane Katrina. The name 'Katrina' has been retired from the storm naming system, out of respect for the victims of the 2005 hurricane. | ©Karl Bedingfield/Flickr

The World Meteorological Organization has a policy for naming storms. Atlantic hurricanes draw from a list of 21 names, ordered alphabetically. Each list is in rotation for six years, before a different one takes its place. Our 2017 list, for example, will be reused in 2023. Specific names are not used again in the case of a particularly devastating storm out of respect for its victims. For instance, the name “Katrina” was retired after the destructive hurricane that hit the Gulf Coast in 2005, as was “Otto” after the hurricane that struck Central America in 2016.

You can see a list of potential names through 2022 here. Each list has 21 names. Should more than 21 storms surface in a year, Greek letter names will be used: Alpha, Beta, Gamma, Delta, and so on.