The World's 10 Most Unusual Museums You Should Visit

When you think of visiting a museum, you are probably thinking about a serious and prestigious establishment in a beautiful building, a Tate, Louvre or Uffizi. However, there are all sorts of bizarre museums in the world worth visiting just for sheer novelty alone. Whether it is their odd architecture, strange subject matter, or the fact that they are totally underwater, here are the 10 most unusual and bizarre museums around the world worth visiting. 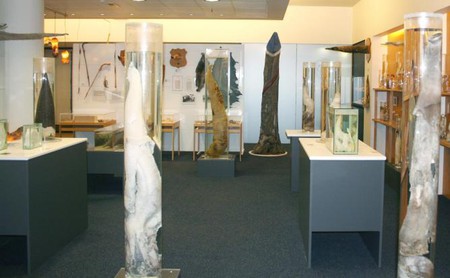 Museum
Facebook
Email
Twitter
Pinterest
Copy link
Share
Map View
An entire museum dedicated to the male member, the Icelandic Phallological Museum features close to 300 jarred genitals of animals ranging in size from 2mm hamster genitals to the two metre tip of a five metre blue whale penis, and before you ask, yes, someone else has already described it as a ‘Moby Dick.’ The museum even had its first human donation in 2011, where it joins some serious research specimens, and some not so serious exhibitions, including those of a merman’s manhood as well as an elf’s (the elf penis is of course invisible, as any student of Icelandic folklore will tell you).
Open In Google Maps
Miðborg Reykjavík, 101, Iceland
+3545616663
Visit Website
Give us feedback 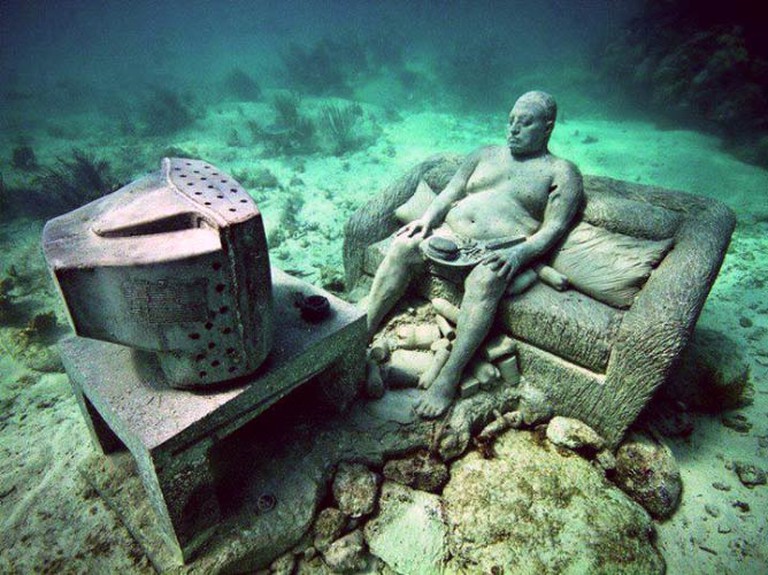 An exhibit at the MUSA | © 2il org/Flickr
Walking into the Soane Museum in London is to be bombarded by masterworks as far as the eye can see, on every wall, surface and in every crevice. This, and the fact that the museum is lit by candlelight in the evenings, makes for a very strange visiting experience. In fact, there are so many works on display at the Soane that even masterworks like half of Hogarth’s ‘A Rake’s Progress’ are hidden away in cupboards, and only shown to certain visitors at certain times. It offers a museum experience like no other.
Open In Google Maps
13 Lincoln's Inn Fields, Holborn, London, England, WC2A 3BP, United Kingdom
+442074052107
Visit Website
Give us feedback

Perhaps the only museum in the world that you need scuba gear to enter, Museo Subacuatico de Arte is a submerged sculptural extravaganza found in one of the world’s clearest bodies of water, the Mexican National Marine Park in the Caribbean. Visitors to this aquatic art gallery can expect to find more than 400 sculptures, depicting residents and even some celebrities of Cancun, Playa del Carmen and Puerto Juarez, amongst many other sights ranging from nine to 20 feet underwater. What is more, all of the sculptures are made of special marine-friendly materials, meaning that eventually this attraction will become its own stunning coral reef. 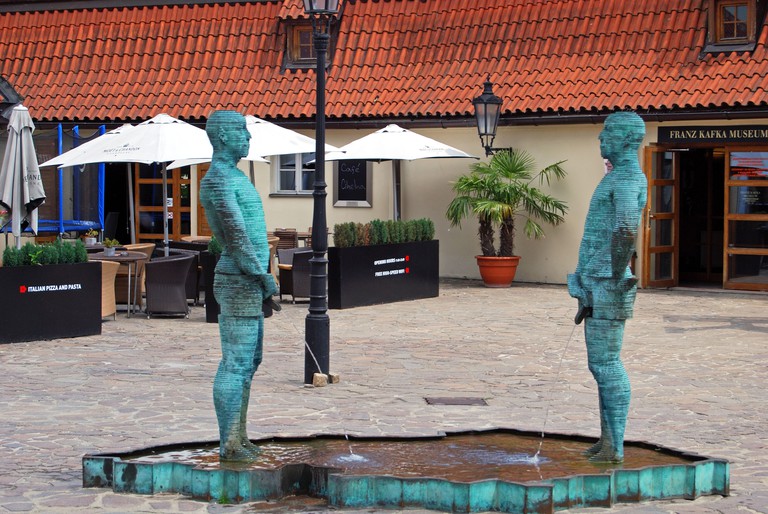 ‘Piss’ by artist David Černý stands outside the Franz Kafka Museum | © a-plus image bank / Alamy Stock Photo
Book Now
Many museums dedicated to authors try to recreate the intricate worlds of the books, be it the Victoriana of Dickens or the quaint animal lands of Beatrix Potter. However, when an author is known for his books about paranoia, purgatorial dread and psychological horror, this approach seems a bad idea. Somehow, however, the curators behind the Kafka Museum in Prague, Czech Republic, have pulled it off. Alongside artefacts and history from the author’s life are pieces like a replica of the torture machine from his short story ‘In the Penal Colony’. They stay so close to the feel of his work that you feel like you might metamorphosize into a cockroach at any point.
Open In Google Maps
2b, 635 Cihelná, Malá Strana, Praha 1 Hlavní město Praha, 118 00, Czech Republic
+420257535373
Visit Website
Give us feedback

For most of us, broken and failed relationships are things we want to quickly recover from and never see again. The Museum of Broken Relationships, however, takes a different path, sharing in the collective misery of love gone wrong. Exhibits include video confessionals, items full of romantic memories gone sour and, in one case, an ax that a woman used to dismantle her ex’s furniture when she was jilted. Call it schadenfreude of the worst kind, but this acclaimed museum, winner of the Kenneth Hudson Award that is only given to Europe’s most innovative museums, manages to get great entertainment out of one of life’s most painful events.
Open In Google Maps
2 Ćirilometodska ulica, Zagreb, Grad Zagreb, 10000, Croatia
+38514851021
Visit Website
Give us feedback

Some people say ‘friendly alien’, others say mutant organ (and those are the polite critics), call it what you want. Whatever you think it looks like, the Kunsthaus in Graz, Austria has to be one of the weirdest-looking buildings in the world generally, so had to feature in any list of odd museums. Built to commemorate Graz’s year as a European Capital of Culture, it could not be more out of sync with its surroundings, like it is a very different species from the brick around it, from a planet far from Western Europe. 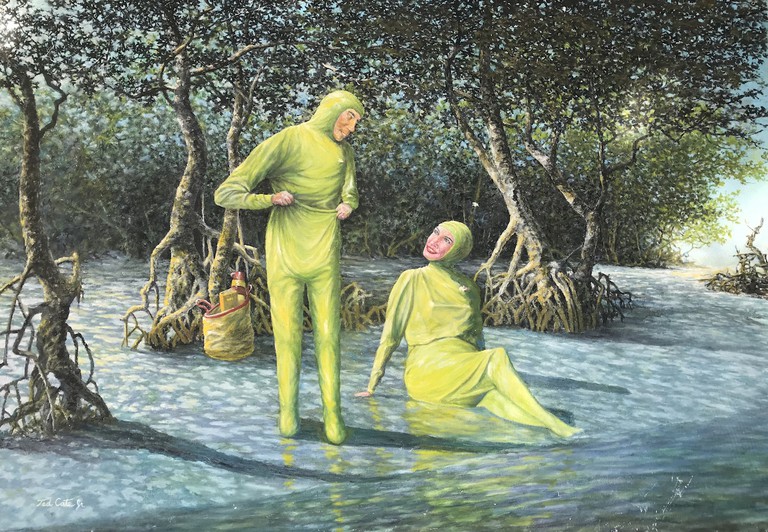 Swamp Picnic, Ted Cate Jr. Oil on Art Board | © MOBA
Why see a masterpiece when you can see a room full of art so bad that even the world’s kindest mother would not put it on the fridge? This is the premise behind Massachusetts’ Museum of Bad Art, found in three locations across Somerville and Brookline. Psychotic surrealism, lacklustre landscapes and just pure bad taste abound in these sites, creating a rare art gallery where your nine year-old really could have done that. If nothing else, it will really make you appreciate your next trip to a bona fide art gallery which cannot help but look good in comparison.
Open In Google Maps
55 Davis Square, Somerville, Massachusetts, 2144, USA
+17814446757
Visit Website
Give us feedback 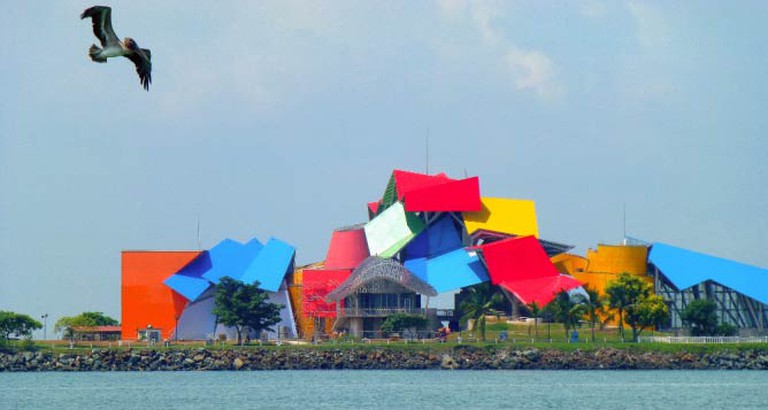 BioMuseo | © F Delventhal/Flickr
Just when you thought Elvis Presley’s life had been scrutinized and celebrated from every angle, no matter how small and insignificant, someone comes along and dedicates an entire museum to one haircut that the King had. This is not a celebration of his hairstyle (the Museum of the King’s Quiff probably exists somewhere else though), but of one single haircut, that is, the one he had before he became a GI. Housed in the barbershop where the ‘momentous’ event took place, it is such a ludicrous idea for a museum that it goes full circle from being kitsch to actually being incredibly enjoyable due to its infectious enthusiasm for Presley.
Open In Google Maps
Fort Smith, Arkansas, 72916, USA
+14794346774
Visit Website
Give us feedback

If you have ever wondered to yourself, ‘I wonder what it would look like if a late Matisse cut-out and a Mondrian were flung together in the Large Hadron Collider and the ensuing colorful rubble was then turned into a building’, then look no further than Panama’s BioMuseo for an answer. A pinnacle of architect Frank Gehry’s late deconstruction period, the look of the place is as stunning as it is weird, showing fittingly bright colors for a museum dedicated to biodiversity. Panamanian authorities hope that this quirky museum (with collections mostly provided by the Smithsonian) will do for them what the Guggenheim did for Bilbao.

Technically an information center rather than a museum proper, the architecture of this building is so bizarre it blows proper reasoning out the window. As the name suggests, the long building is shaped on the one side like a sheep, and on the other as a dog, with neither end having any real rhyme or reason. Apparently an example of ‘mimetic architecture’, when it comes to New Zealand landmarks, this one is a lot more representation of the folky novelty ‘Flight of the Conchords’ than the epic, overblown beauty of the ‘Lord of the Rings’ series.