The 9 Best Books by William Faulkner You Should Read

After winning the Nobel Prize for Literature in 1949, William Faulkner’s second recognition is perhaps that of receiving a mention in Gabriel García Márquez‘s acceptance speech for the same prize thirty-three years later. Among his contemporaries and compatriots (and indeed literary rivals) were the legendary Hemingway and Fitzgerald, but the American writer from Mississippi carved out an identity for himself through his work, which focused on controversial matters relating to race, class and sex, often set in imaginary Yoknapatawpha County. Faulkner’s mastery of modern modes of narration, namely through his use of the interior monologue, multiple narrators and displacement of time, can be enjoyed in the following nine seminal works by the author. 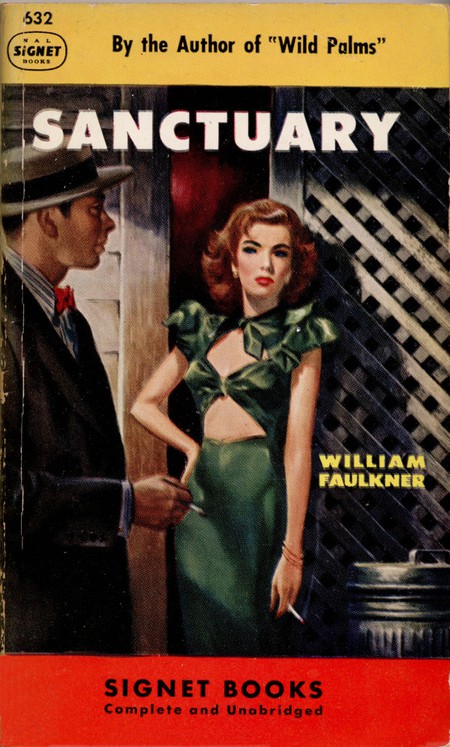 The sensationalist plot of this novel revolves around a naïve teenage student, Temple Drake, who falls into the hands of some amoral southern bootleggers who use her and to whom she grows attached. Widely believed to have been a potboiler which Faulkner rattled off in several weeks to earn a quick buck, Sanctuary nevertheless goes deep in its study of human sin and sexuality gone amiss. The prose is considerably more fluid than a lot of Faulkner’s denser novels, and thus easier to grasp for readers less familiar with the author’s particular style of writing.

Faulkner’s novelistic debut might not have been considered as successful as Hemingway’s (who in the same year published The Sun Also Rises) but it was nevertheless an ambitious work whose modernist structural techniques laid the foundations for later novels. Inspired by the war, which Faulkner had narrowly missed, Soldiers’ Pay traces the tragic decline of Lieutenant Donald Mahon, an injured fighter pilot returning from World War I to his family in Georgia, where he struggles to piece his life back together as his condition worsens and he realizes that the people he loves most dearly are slowly giving up on him. 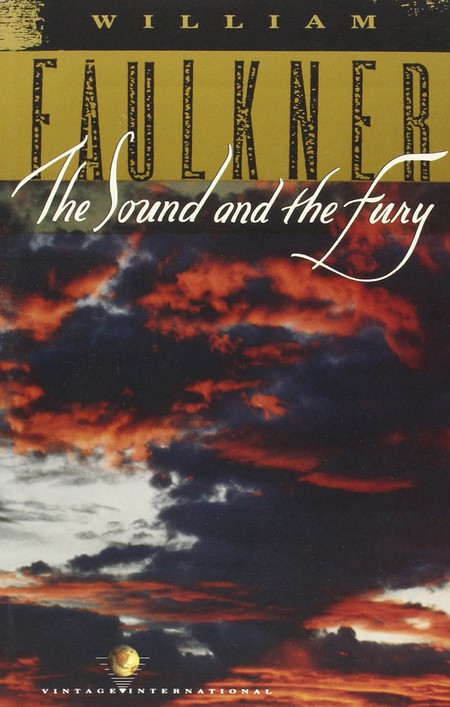 The Sound and the Fury | © Vintage Publishing

Whilst Faulkner will always be remembered for his novelistic masterpieces, he was also a master of the short story, and A Rose for Emily is sure proof of this. Since it was first printed in a newspaper in 1930, it has steadily become one of the most anthologized American short stories in history. In a series of flashbacks, it chronicles the life of the now deceased Emily Grierson and her reluctance to change with the times as she lives a life of decay and seclusion in her mansion. The story climaxes at its shocking conclusion in the final lines, which surprises even the most observant of readers!

His fourth novel and his first true masterpiece, The Sound and the Fury was also Faulkner’s favorite out of all his published works. This haunting and devastating account marks the beginning of the Compson saga in which we witness the aristocratic family’s demise. Divided into four sections told from four different perspectives, the book is both a notoriously arduous and disturbing read, whose often disorienting narration requires patience and persistence, and whose subject matter confronts painful themes, among which reside incest and suicide. A true tale of endurance and human suffering which will stay with readers for a very long time indeed.

Set in Jefferson in Yoknapatawpha County, Mississippi, the fictional yet symbolic landscape for many of Faulkner’s southern American novels, Light in August has race and identity at the heart of its narrative. Its protagonist, Joe Christmas, is the victim of both racial and religious intolerance as an orphan with mixed heritage who is raised by an abusive, puritanical farmer. We follow Joe’s hopeless wandering in search of his personal identity simultaneously with the stories of other marginalized members of society, whose portrayal are characterized by the polarity of light and dark, both literal and figurative, as acknowledged by the title of the work itself. 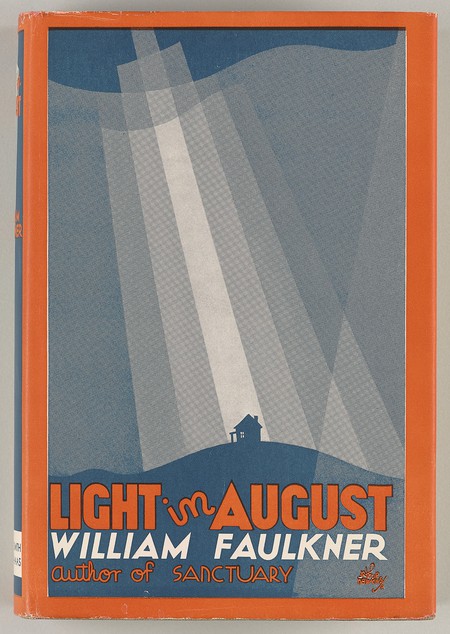 The fifty-nine chapters that comprise this self-proclaimed tour de force were written, according to the author himself, in four-hour bursts over the course of just six weeks. In As I Lay Dying, concision in expression is taken to a new level in the 19th chapter, whose five words – “My mother is a fish” —uttered by the son of a dead mother, are only one example of how the Bundren family deals with (or fails to deal with) the departure of a loved one. The obstacle-filled odyssey undertaken by the family to return the deceased Addie to her hometown of Jefferson for burial is the author’s strongest display of the stream-of-consciousness narrative, and is ranked 35th in the Modern Library’s 100 best English-language novels of the 20th century no less.

The Hamlet is the first in an epic trilogy about the Snopes family, who take by storm the community of Frenchman’s Bend, the hamlet to which the title refers, in a post-Civil War setting in Mississippi. Followed much later by The Town and The Mansion, it is the most widely acclaimed of the trio, which charts in an episodic fashion the rise (and eventual fall) of an eccentric family, of which the most memorable member is undoubtedly Ike Snopes, who professes his love for a cow which he abducts from its owner and takes care of. 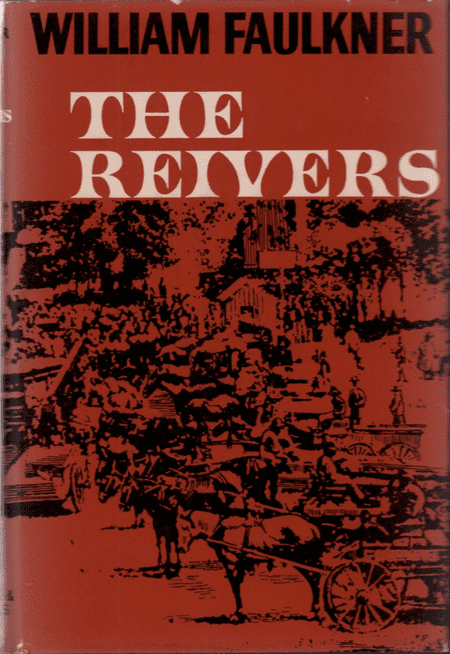 The last novel of Faulkner’s to be published before his death, The Reivers is a much more light-hearted affair than his earlier works. This comic coming-of-age story features an eleven-year-old protagonist reminiscent of Mark Twain‘s Huckleberry Finn, and two older companions, who together steal a car in Mississippi and embark on a picaresque road trip filled with misadventures which take them north, to Memphis. The 1969 film adaptation of the novel starred Steve McQueen and was nominated for two Oscars. 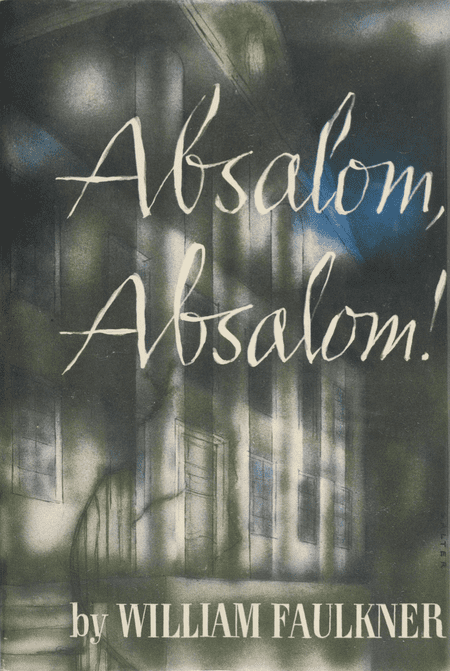 One of the longest sentences in literary history, containing just under 1,300 words, can be found in chapter six of this book. However this frivolous feature is only a minor part of the achievement that is Absalom, Absalom!. Indeed, The mystery behind the killing of Charles Bon by his friend and classmate Henry Sutpen is underpinned by Faulkner’s inquiry into the nature of truth and the interpretation of the past from a present standpoint through another set of diverging perspectives. Parallel to this runs the story of the rise and fall of Thomas Sutpen, Henry’s father, and the empire represented by his Mississippi slave plantation.