10 Influential Songs That Changed the World 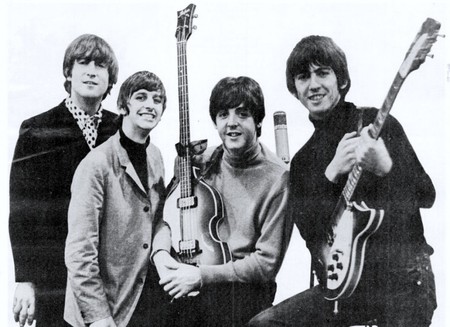 Over the decades, music has consistently had a significant cultural and political impact on real-world events and provided power for positive change and unity at historic moments. Here are 10 of the songs that have captured revolutionary movements, condemned injustice, and raised hope for a better future.

Cooke wrote this protest song to support the civil rights movement in the United States. When Cooke heard Bob Dylan’s “Blowin’ in the Wind,” he became determined to write something similar. Some of the lyrics were inspired by an incident where Cooke and his friends were arrested for disturbing the peace after they were denied room at a motel in Louisiana. The lyrics, “I go to the movie and I go downtown and somebody keep telling me don’t hang around,” speak boldly about segregation. This song was released as a single a few months after Cooke died. He was shot by a motel owner who claimed he was raping a young girl in one of the rooms. There is much controversy surrounding the singer’s his death.

This song supposedly kickstarted the glorious music revolution of the 1960s. It allowed The Beatles to gain popularity on the other side of the Atlantic, transforming the band from complete unknowns into the biggest sensation that rock’n’roll had ever seen; up until this point, Beatlemania remained a purely British phenomenon. The joyous track blasted over the airways at a point when America was still reeling from the November 1963 assassination of John F. Kennedy. The band went on to appear on the Ed Sullivan Show, drawing 70 million viewers in February 1964—the most in the history of TV at that time.

This charity Christmas single was organized by Bob Geldof, who was lead singer of The Boomtown Rats, in order to raise money to aid the Ethiopian famine. The star-studded choir featured in the original track included David Bowie, Paul McCartney and Bono. The sentiment and melody of the meaningful festive track are full of good tidings, but the lyrics are bleak: “The Christmas bells that ring there are the clanging chimes of doom.”

Written by Norman Whitfield and Barrett Strong, “War” openly protested the Vietnam War and also relayed the need for harmony in our everyday lives. It was the first Motown song to make a political statement with the lyrics, “War. What is it good for? Absolutely nothing!” This protest song made anti-war anthem history.

Billie Holiday’s “Strange Fruit” is a protest song with enduring relevance. It’s lyrics symbolize the brutality and racism of the practice of lynching in the American South. The song itself has endured and become a symbol of the racism, cruelty, pain, and suffering endured by so many in the U.S. This version went on to become Time magazine’s song of the century in 1999. Now, more than 70 years after it was released, rapper Kanye West has sampled the track in his latest album, Yeezus.

Widely regarded as John Lennon’s signature song, “Imagine” was the title track of his second album, and is perhaps his best-known solo work. John Lennon famously said that the track is “anti-religious, anti-nationalistic, anti-conventional, anti-capitalistic…but because it’s sugar-coated, it is accepted.” The track conveyed Lennon’s wish for world peace and harmony. While the song’s message resonated widely, and was given added poignancy after Lennon’s assassination in 1980, its message has since been derided by many who point out the contradiction of a multi-millionaire asking the rest of the world to imagine no possessions.

“Same Love,” featuring an inspirational “I can’t change” chorus sung by Mary Lambert, represents a nod towards gay rights. Lambert was raised in the church and grew up knowing she was gay, feeling sorrowful over her inability to change and frequently apologizing to God for being a sinner. In an interview with Same Same, Macklemore said, “‘Same Love’ was a song that I wanted to write for a long time but I didn’t know exactly how to address the issue.” He continued, “I knew I wanted to write a song about gay rights and homophobia within the hip-hop community and the world.” He says that it wasn’t just the issue of marriage equality that fueled the song but also the flagrant use of “gay” as a derogative term.

One of U2’s most overtly political songs, the lyrics of “Sunday Bloody Sunday” describe the horror felt by an observer of the troubles in Northern Ireland, particularly the Bloody Sunday incident in Derry, January 1972, where British paratroopers killed 13 Irish citizens at a civil rights protest. However, the lyrics are a nonpartisan condemnation of the historic bloodshed in Ireland. Bono says the song is more about interpersonal struggles than about the actual Bloody Sunday events. While performing the song, Bono would wave a white flag as a call for peace, and the track took on a new meaning as the conflict in Northern Ireland continued through the 1990s.

This song is about rebelling against British politics, written when many young people felt alienated by the continued rule of the royal monarchy. Sex Pistols’ manager Malcolm McLaren released the song to coincide with The Queen’s Silver Jubilee, a celebration commemorating her 25th year on the throne. On the day of the Jubilee in June 1977, Sex Pistols attempted to play this song from the Thames River, outside Westminster Palace. However, authorities thwarted them, and the performance never took place. The song went on to become an anthem for the punk movement in England, expressing anger young people felt toward the establishment.

Public Enemy’s most famous song, this track embodies their message of black pride, while taking shots at white icons Elvis Presley and John Wayne. This militant and confrontational approach was designed to empower the black community and create some controversy along the way, which helped them sell albums. The unified message was one that a lot of people, not just African Americans, could get behind. “Fight the Power” concentrated on getting listeners to participate in politics.