Sauna And Spa Traditions From Around The World

Many countries around the world have sauna and spa rituals. Utilized as an antidote to harsh weather or a way to reach higher levels of consciousness, a place to catch up on neighborhood gossip or benefit from a quick mood boost, we explore a few of the most cherished.

You won’t find prettily patterned tiles or fluffy robes at a temazcal; these igloo-like stone structures were designed to facilitate spiritual cleansing, not pampering.

Long before Spanish colonization, the Mayans were performing rituals inside these stone sweat lodges as a way of ridding the body of toxins and reconnecting with nature. You can still participate in temazcal ceremonies at indigenous villages and specialist days throughout Mexico and other parts of Central America.

A shaman pours herb-infused water over a pile of searing volcanic rocks, and the dome fills with fragrant steam. The entrance is sealed with a thick blanket, darkening the interior and keeping the temperature fire-hot.

Accompanied by shamanic chanting, a sweat session here is said to cure ailments both physical, mental and spiritual.

The hammam is more than a place to wash and cleanse the skin — it’s a social hub where Moroccans congregate to catch up with friends in an intimate environment, free from distractions.

At the entrance buy a bucket and a cleansing olive oil soap, before heading to the changing room to disrobe. Hammam etiquette requires nudity, so men and women bathe separately.

There are often several separate rooms, including a hot one to open the pores, and a warm one for sudsing and rinsing the body. Professional exfoliators are on hand to scrub every inch of flesh — removing dry, dull cells to leave skin ultra soft. Finally you proceed to the cool room for a quick shower before heading out into the frenetic souk. 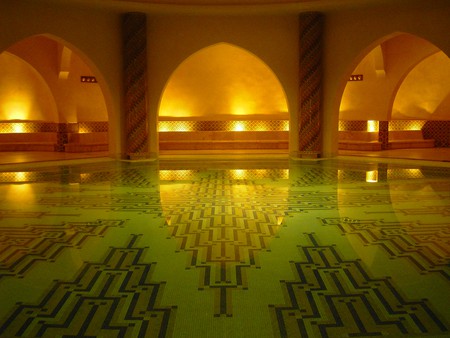 To escape the frigid winter months Russians retreat to the banya — a wooden structure heated with steam to maintain a comfortable humidity level of 60-70%. The high temperatures are said to ease aches and pains, support healing and boost mood. The thing that sets a banya apart from other saunas are veniks — a bundle of aromatic birch or oak twigs. By thwack-ing the body with veniks circulation is improved and skin is exfoliated at the same time.

Afterwards, it’s traditional to plunge into an icy pool. The contrast of moving from one temperature extreme to another causes a surge of blood flow that circulates nutrients and flushes waste products from the muscles, leaving them rested and reinforced.

To create the signature dry heat and smoky aromatics of Finland’s traditional smoke sauna, wood is burned in a chimney-less stove until only embers remain. As with banyas, a bundle of twigs is available for self-massage.

Although at-home personal saunas are common in cities, the best way to enjoy a Savu Sauna is in the wilderness. After stripping off and sweating it out for 20 minutes, hop out of the sauna and straight into a cool lake or fresh snowbank. 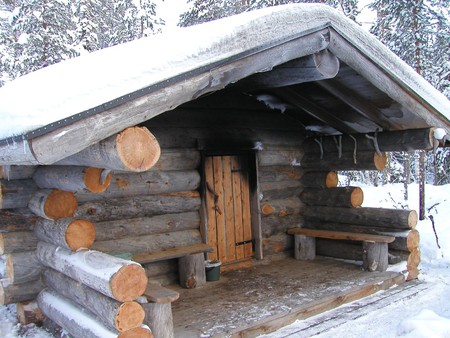 The traditional Turkish bath is very similar to a Moroccan hammam — a series of rooms set to a spectrum of contrasting temperatures. Many opt for the services of a tellak (male) or natir (female) attendant to soap, massage, bathe, and scrub them from head to toe using a handwoven cloth, or kese. 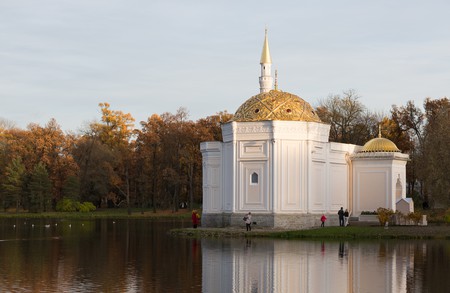 Iceland’s pool culture has grown up around its natural bounty of geothermal energy. The country is dotted with turquoise water, heated naturally by volcanic activity that also gives it a high mineral content with curative qualities — bathers have reported improvements in skin conditions like acne, eczema, and psoriasis.

The country’s most famous spa, Blue Lagoon in Reykjavík, is a one-stop for total relaxation, with saunas and steam rooms carved into lava rock, and in-water “floating massages.” 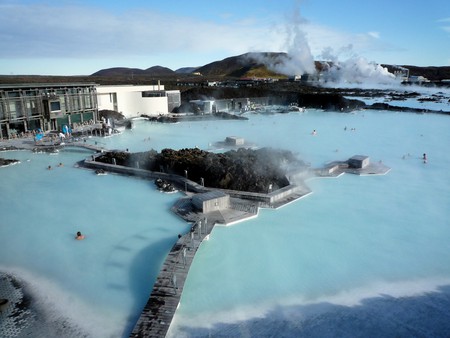 The buddhist emphasis on the importance of cleanliness spawned the first sento in Tokyo around the 13th Century. By the 17th Century they were commonplace in the city and beyond. These public bathing houses are recognizable for their temple-like exteriors. Inside you’ll find pools of varying temperatures set against a painted mural of Mount Fuji, which inexplicably became a sento decor trend.

After a session in the water, bathers step outside and find a shady spot in the traditional Japanese garden to drink green tea.