The Havasupai settlement is one of the smallest American Indian nations in the United States, and the only place where mail is delivered by mule. The indigenous population has inhabited their village on the edge of the mighty Grand Canyon for over 1,000 years. They have now opened it to tourists. 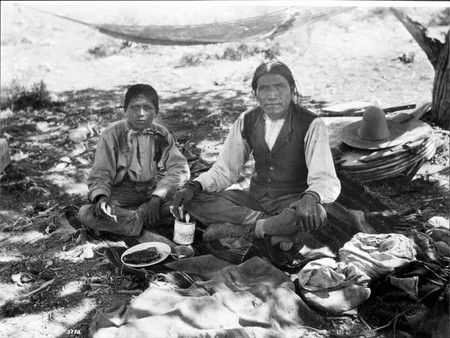 The Havasupai people are the traditional guards of the Grand Canyon, and in the 1800s, before the Grand Canyon was proclaimed a national park, the tribe roamed a vast area of the upper plateau. Havasupai means ‘people of the blue-green waters,’ named after the water that flows from the Havasu Springs through Havasu Creek. They draw their strength and spiritual direction from their land, which they consider sacred. The tribe used to move families up to the plateaus in autumn and winter for hunting and gathering and then back down into the canyon in the spring and summer to tend planted crops.

In 1882 the US Government confined the tribe to a 518 acre reservation, causing the Havasupai to lose over 90% of their aboriginal land. This change affected the economic base of the tribe, forcing it to rely on farming at the canyon’s bottom. However, as the world discovered the beauty of the falls, the tribe began to rely on tourism as hikers become more and more attracted to the allure of the falls and the beauty of the canyon. The Havasupai people have an enduring and unique relationship to this natural wonder. 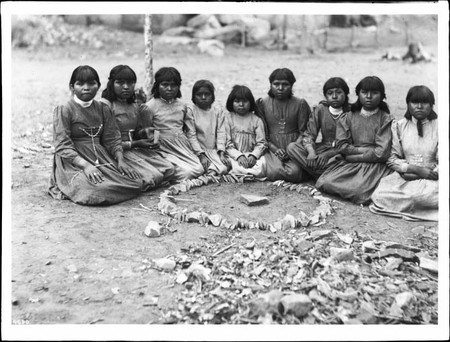 Tourism forms the majority of the Havasupai income, as around 2,000 visitors flock to the area to discover more about the tribe’s inhabitants. Members also grow food and weave as a source of livelihood. Although tourism helps the tribe’s living standards, it is a difficult industry to promote and maintain, as the only ways in and out of Supai village are via horseback, helicopter, or on foot. The isolated little village is a stark contrast to the congestion of Grand Canyon Village, which every year draws 3 to 5 million visitors to overlook the mile-deep chasm of the canyon. 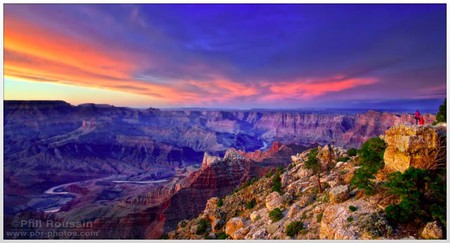 Visitors can stay overnight with the tribe and experience the incredible Havasu Falls with a local. The village is concealed at the bottom of the Havasu Canyon, in the heart of the Havasupai National Reservation. The Havasupai tribe claimed the plot in 1975 after multiple court battles. The tribe speak in a form of Yuman, a tongue derived from Hokan languages. They use prefixes, suffixes, and compound words to form longer words made up of several elements. A complete sentence or phrase in this language may simply be expressed by one word. The Havasupai boast one hundred percent fluency in their native language and are one of the few tribes to inhabit their original homeland.

Havasu Falls, the nearby landmark that gives the tribe its name, consists of cascading waters down the 100 foot vertical cliff into a large pool. For visitors, hiking in and out of the settlement is not allowed; they are required to book a homestay in advance. The time that tourists can spend with the tribe enables them to fully experience the beauty of the Havasu Falls and the Havasupai unique and simple way of life. Also near to the settlement is Mooney Falls, half a mile away, and Beaver Falls, around three miles away. Situated at the base of the canyon near Cataract Creek, the site of the village is particularly vulnerable to flooding. In 1911 tragedy struck as the rain and subsequent overflowing of the creek ruined an entire crop field. 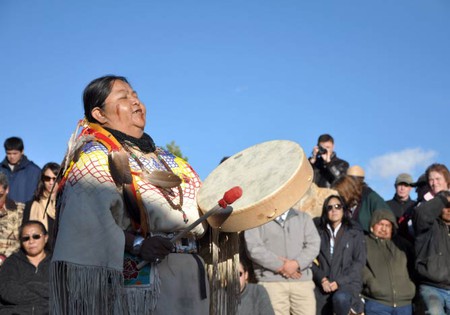 In addition to their contact with tourists, members of the Havasupai tribe also have contact with wider society for health reasons. Members of the tiny, isolated group have given DNA samples to university researchers starting in 1990, in the hope that they might provide genetic clues to the tribe’s devastating rate of diabetes. They learned that their blood samples had been used to investigate many other things, including mental illness and theories of the tribe’s geographical origins that contradict their traditional stories. 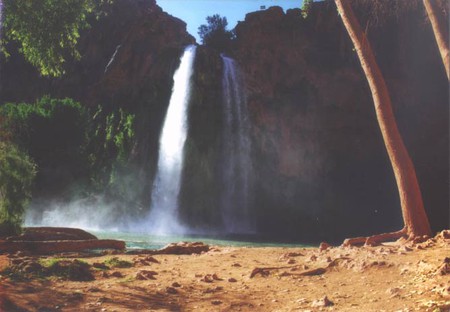