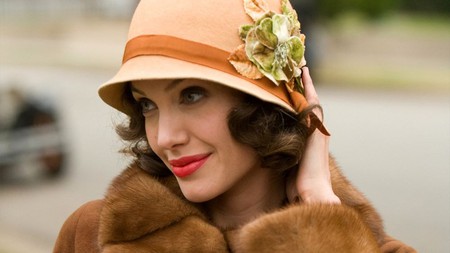 That truth is stranger than fiction is borne out by these 17 very different films and series, all currently available from Netflix.

In 1953, Frank Olson, an American warfare biologist contracted to the CIA, fell to his death from the 13th floor of a Manhattan hotel room. Did he commit suicide while under the influence of LSD, or was he thrown to his death by agency goons because he was considered a dangerous subversive? Errol Morris’s ingenious six-parter centers on an interview with Olson’s son, Eric, who has never let the case rest, and incorporates reconstructed scenes starring Peter Sarsgaard as his doomed father. Wormwood is terrifying—and masterful.

Very much a precursor of Wormwood, Morris’s innovative The Thin Blue Line led to the 1989 exoneration of Randall Dale Adams (1948–2010), who was wrongfully sentenced to death for the murder of police officer Robert W. Wood in Dallas on November 28, 1976. Adams’s conviction was overturned after he had spent 12 1/2 years in prison. Adopting a post-facto approach to true crime documentary, Morris created enactments of Woods’s shooting and interviewed Adams, David Harris (the un-convicted killer), the judge, witnesses, detectives, and attorneys. Philip Glass wrote the score. 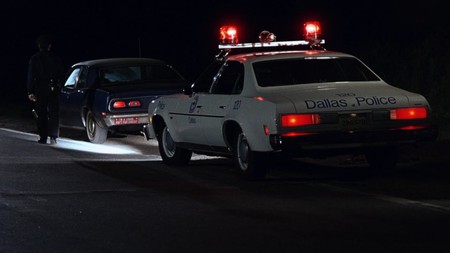 Ethan Hawke, Vincent Spano, and Josh Hamilton star in Frank Marshall’s film about the crash of Uruguayan Air Force Flight 571 in the Andes on 13 October 1972. Forty-five people were aboard the plane, including a rugby union team. Two months later, the 16 survivors were rescued from the freezing conditions; they had had to eat frozen body parts of their dead fellow passengers to stay alive. 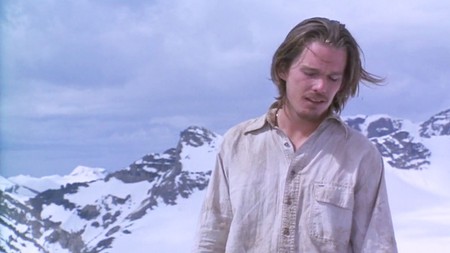 Clint Eastwood’s somber thriller was inspired by characters involved in the Wineville Chicken Coop serial killer murders of young boys in Southern California between 1926 and 1928. The murderer’s spree is less the focus than the horrendous injustice done to single mother Christine Collins (Angelina Jolie), on whom the authorities foisted a boy who claimed to be her missing son, Walter. Collins’s protest led to the LAPD committing her to the Los Angeles County Hospital’s “psychopathic ward.” Changeling is about her fight against wrongful incarceration. 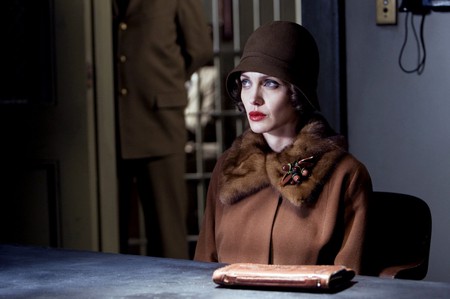 The Netflix original documentary Amanda Knox simultaneously exploits the salaciousness around the 2007 Meredith Kercher murder case, and plumbs the moral depths of the media circus surrounding it. Interviewed on camera, the exonerated Amanda Knox comes across as a plausible professional interviewee who is rapidly moving on with her life.

The gifted hard-bop trumpeter Lee Morgan, 33, was shot dead in a struggle with Helen Moore, his common-law wife, at the jazz club Slugs Saloon in New York’s East Village in the early hours of February 19, 1972. Heavy snow delayed the arrival of the ambulance, causing Morgan to bleed to death. Moore was paroled after a brief spell in prison. The essential ingredient of Kasper Collin’s documentary, which makes elegant use of classic jazz photographs, is a recording of Moore’s voice recalling how she had rescued Morgan from a heroin addiction and helped him to rebuild his life.

James Marsh’s formidable documentary traces Philippe Petit’s illegal high-wire walk between the twin towers of the World Trade Center on August 7, 1974. Petit crossed the divide eight times in a walk that lasted 43 minutes. The movie, which includes interviews and reenactments, is paced like a crime thriller.

Kirsten Dunst and Ryan Gosling are the leads in Andrew Jarecki’s slightly baffling drama about the sinister journey of the real-estate heir Robert Durst, who is suspected of foul play in the disappearance of his first wife Kathleen McCormack Durst, the homicide of his friend Susan Berman, and the killing and dismemberment of his neighbor Morris Black. Jarecki’s HBO miniseries The Jinx: The Life and Deaths of Robert Durst featured interviews with Durst, who has been charged with the first-degree murder of Berman and will be the subject of a hearing in April 2018. 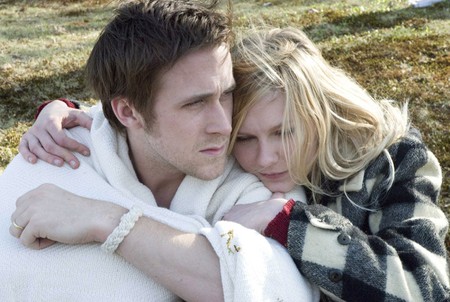 Joshua Oppenheimer’s 2012 documentary The Act of Killing, which chronicled the mass murder of communists and ethnic Chinese in mid-1960s Indonesia, was removed from Netflix early last year. However, viewers can still stream the companion piece, Oppenheimer’s The Look of Silence (2014). It focuses on an optometrist who calmly seeks out the story of how his brother was killed during the purge. This brings him into the orbit of a vampiric perpetrator and a dignitary who rationalizes his part in the slaughter. No less than The Act of Killing, The Look of Silence confronts the heart of darkness.

Kitty Green’s dazzling experimental documentary solicits opinions and conspiracy theories from people from JonBenét Ramsey’s neighborhood. All of them were auditioning to play Ramsey family members and others in a faux film about the murder of the six-year-old beauty pageant-winner in Boulder, Colorado, in 1996.

Given Christina Ricci’s Gothic past, she was the obvious choice to play 32-year-old Lizzie Borden, the chief suspect in the ax-murders of her father and stepmother in Fall River, Massachusetts on August 4, 1892. Watch Lifetime’s lurid shocker now and get ready to compare it with the upcoming theatrical movie Lizzie (2018), starring Chloë Sevigny as Borden and Kristen Stewart as the family’s Irish maid, Bridget Sullivan. 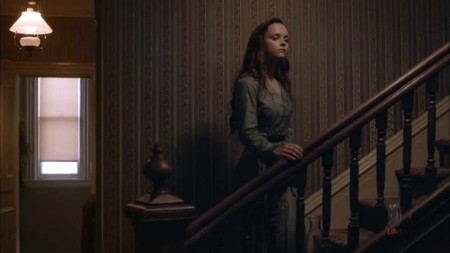 In the early hours of March 13, 1964, bar manager Kitty Genovese was stabbed to death by Winston Moseley outside her apartment building in Kew Gardens, Queens. It was reported by The New York Times that 38 locals had ignored Kitty’s screams for help, and the case became emblematic of public apathy. James Solomon’s The Witness shows how, 40 years later, Bill Genovese, who lost his legs serving in Vietnam, returned to the scene of his sister’s murder to determine what happened, to draw the truth out of the myth, and to resurrect Kitty as a person rather than as a symbol. 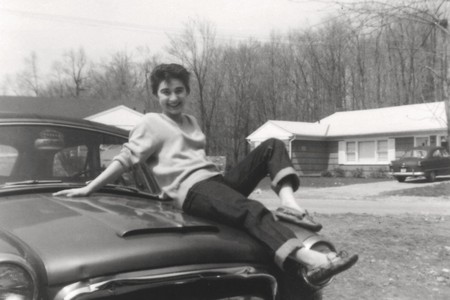 Kitty Genovese, as pictured in 'The Witness' | © FilmRise

Crystal Moselle’s documentary The Wolfpack unearths the incredible story of six young Peruvian brothers and their sister whose unstable father had held them virtual prisoners in their Lower East Side apartment for 14 years; they were homeschooled by their mother. The brothers’ main connection to the outside world had been through movies like Reservoir Dogs (1992), which helped them bond with first-time director Moselle.

The Angulo brothers in The Wolfpack | © Magnolia Pictures

Italian documentarist Gianfranco Rosi contrasts the desperate plight of African refugees negotiating the Mediterranean in open boats with the relative comfort of an oblivious 12-year-old boy, Samuele, who lives on the tiny Sicilian island of Lampedusa, to which the refugees are headed. Told mostly through the visuals—which include images of corpses below-decks on an intercepted ship—Fire at Sea shows the impact of the refugee crisis on Lampedusa, which has no means of coping with it, and allows a local doctor to voice the extent of the humanitarian cost.

The following two titles are available on DVD only from Netflix:

Jake Gyllenhaal, Mark Ruffalo, Robert Downey. Jr., and Chloë Sevigny star in David Fincher’s relentlessly eerie, pitch-black thriller about the obsessive pursuit of the Zodiac Killer in Northern California in 1968 and 1969, and probably beyond. Gyllenhaal’s Robert Graysmith, cartoonist turned crime sleuth, continues to investigate the case 14 years after the Zodiac’s last-known murder—and the ordeal takes its toll on him.

Hilary Swank won the first of her two Best Actress Oscar for her superb portrayal of Brandon Teena, a trans man who, at the age of 21, was raped and later murdered by two ex-cons she was acquainted with in Falls City, Nebraska (the perpetrators slew another man and woman at the same time they killed Teena). Kimberley Peirce’s urgent drama, which co-stars Chloë Sevigny as Teena’s girlfriend, implies that the killers’ transphobia and homophobia is partly a function of their bleak, blinkered Midwestern existence. 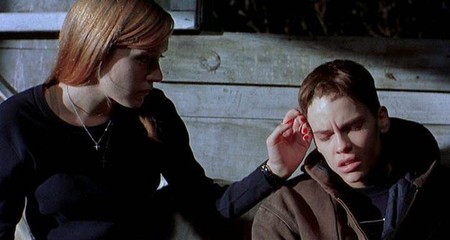