"Lady Macbeth" Is a Psycho-Killer of a Costume Drama 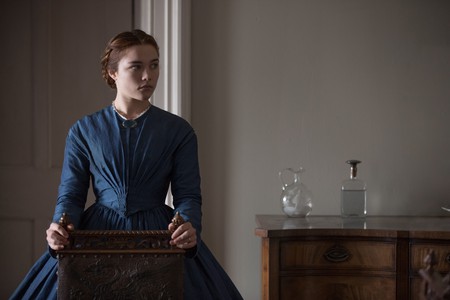 Florence Pugh gives one of the best performances of the year as a Victorian woman who takes drastic action after being sold into marital slavery.

Stark and brutal, William Oldroyd’s debut feature Lady Macbeth tells the story of a teenage bride kicking remorselessly against the pricks of patriarchal oppression. It could be regarded as a feminist parable—that’s if we refuse to condemn the psychopathic heroine’s vengeful reaction to being treated as property. Is killing in cold blood ever progressive?

Adapted by playwright Alice Birch, from Nikolai Leskov’s ironically jaunty and elegant novella Lady Macbeth of Mtsensk (1865), the film moves the action from Oryol Oblast (southwest of Moscow) to rural north-eastern England; it discards altogether the original’s barbaric Siberian conclusion. The dialogue is as spare as the decor in the claustrophobic house where the action unfolds. Dan Jones’s score consists of a few swellings of brooding ambient noise. 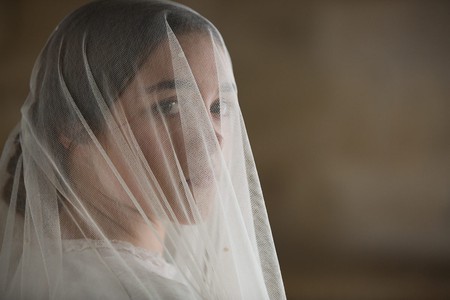 The makeweight in a land transaction, teenage Katherine, tautly played by Florence Pugh, is a chattel. First seen in her bridal veil, she has been bought to provide an heir for her morose middle-aged husband, Alexander (Paul Hilton). To him and his father, Boris (Christopher Fairbank), she has the status of a sow.

Catherine enjoys the open air, but Alexander forbids her to go outside. She spends the days dozing on a sofa in one of her cramping dresses. Cinematographer Ari Wegner emphasizes Catherine’s entrapment by placing her at the center of symmetrical compositions, like a butterfly pinned in a display case. Anna (Naomi Ackie), the black maid who wakes Catherine each day and attends her, is her de facto prison warden.

A prisoner in all but name: Naomie Ackie and Florence Pugh in Lady Macbeth | © Roadside Attractions

She won’t be so easily effaced. After Alexander has left to deal with a problem at one of the family’s mills, Katherine takes into their bed a dark-skinned groomsman, Sebastian (Cosmo Jarvis). He is hardly less couth than Alexander, but Catherine responds to his animal hunger for her. Spied on by Anna, the couple’s frantic rutting is soon common knowledge in the neighborhood. 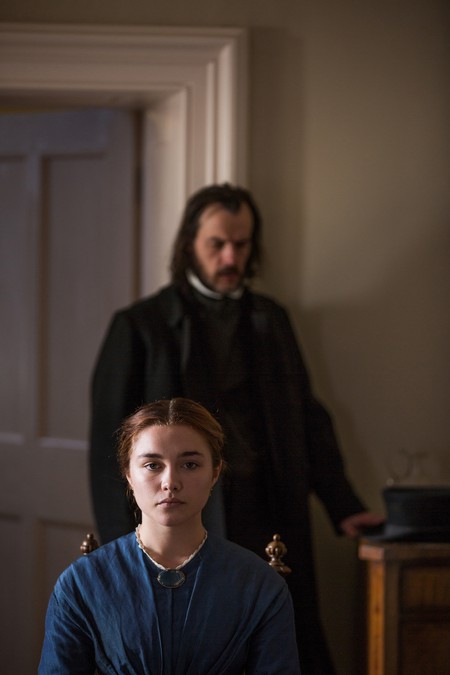 After Boris has slapped Catherine and called her a whore, she calmly adds rat poison to his dinner. He is the first of three males to die directly by her hand; she is later the cause of another man’s impending death and also a woman’s. One of her victims is a child, Teddy (Anton Palmer), whom she had tended in what seemed to be a moment of softness.

The miracle is that Pugh’s performance elicits empathy for the character. The 21-year-old has the ungovernable force of Kate Winslet at the time of Jude (1996), Hideous Kinky (1998), and Holy Smoke (1999). Unlike Winslet, though, she makes no concessions to likability. Outside of horror films, few actresses make their name with such a concentrated study in villainy as Pugh does here. Don’t be surprised if she gets an Oscar nomination.

If Catherine seems to regret the child’s death, it is hinted that her sorrow is willed for appearances, not felt. Weaker than Catherine, Sebastian endures a Raskolnikov-like guilt for his part in two of the murders and blurts out the truth.

In contrast, Catherine is pitilessness. Her lurch into evil is not justifiable, but it’s understandable. It’s as if the effects on women of being tyrannized for millennia have collectively welled up in one of them, who has unleashed a micro-apocalypse. 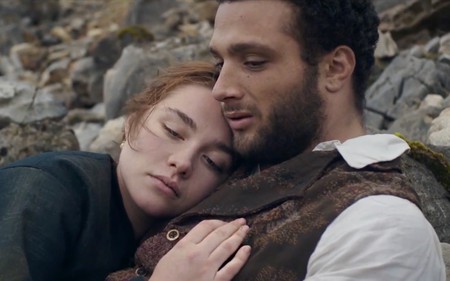 In a scene that would have been shocking were it not for Pugh’s matter-of-factness, Catherine responds to Alexander’s foully worded humiliation of her as an adulteress by pulling Sebastian from the adjoining room where he had been hiding. She then pulls him to the bed and start to have sex with him in front of Alexander.

She’s not being sexually sadistic as much as making a point about freedom of choice. Alexander is symbolically emasculated by her act nonetheless. Sebastian’s falling passively in love with her effectively emasculates him: the woman not the man is the tamer.

Catherine’s ruthlessness makes her both the owner of the murderous thought, like Lady Macbeth, and the perpetrator of the deed, like Macbeth. Sigmund Freud’s suggestion that Lady Macbeth and Macbeth may be two parts of a single split personality is answered fully in Catherine. 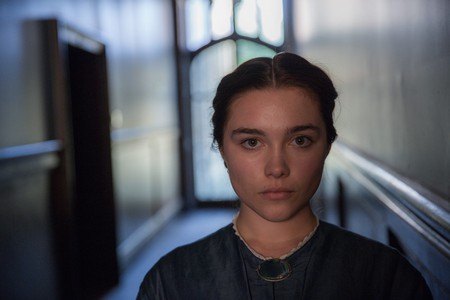 Andrzej Wajda’s Siberian Lady Macbeth (1962), which drew on the 1934 opera that Shostakovich based on Leskov’s story, initially quotes the terrible invocation made by Shakespeare’s regicidal Scottish noblewoman: “Come, you spirits / That tend on mortal thoughts, unsex me here, / And fill me from the crown to the toe top-full / Of direst cruelty.”

Cursed by her motherlessness, Lady Macbeth yearns to lose her femininity so she can do her worst. While Catherine is less unsexed than über-sexed—her right to bed whomever she wants seemingly more important to her than pleasure—her dour demeanor and tightly drawn-back hair sometimes give her an androgynous look.

However, unlike Lady Macbeth, whom Shakespeare identifies with the three witches, Catherine is not an unnatural woman. Nor does she want her groomsman to be “crowned king” after he has proved unworthy of her through his confession (the slavish devotion of the novella’s Katerina to her lover Sergei destroys her). Catherine is herself intent on ruling. She is also, we learn, carrying her own heir as a single-mother-to-be.

Where Catherine fails as a dynamic contemporary anti-heroine is in her merciless treatment of Anna, Teddy, and Sebastian, all of whom are black. If Andrea Arnold‘s analogous (but more lyrical) Wuthering Heights (2011) raised its black Heathcliff over the white Earnshaws and Lintons, Lady Macbeth gloomily maintains the racial status quo.

A white woman who has murdered her way into a higher social bracket than her own, Catherine has no qualms about participating in the race and class wars to maintain her position. Everyone is grist for her mill; it is irrelevant to her that Anna is a female sharer in oppression. Minus the staple of solidarity, a feminist critique of Lady Macbeth crumbles. As a reflection of the sick past in the cruel present, it glowers warningly—an instant classic.

Lady Macbeth opens in the United States on Friday.