January Is Jamboree Month on Netflix 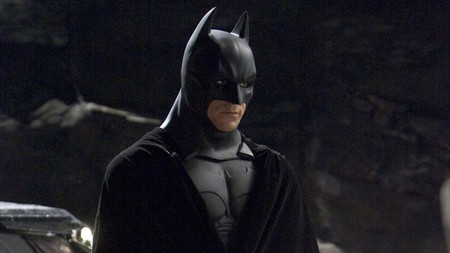 Despite a lack of fresh series, Netflix offers a powerful new year lineup. The standouts include A Futile and Stupid Gesture and Berlin Babylon.

Jim Lovell (Tom Hanks), Jack Swigert (Kevin Bacon), and Fred Haise (Bill Paxton) are the three astronauts aboard Apollo 13 on its aborted 1970 lunar mission, which is depicted with meticulousness and panache by director Ron Howard. The cast also includes Gary Sinise, Ed Harris, and Kathleen Quinlan. “Houston, we have a problem” is the most quotable misquote Hanks has ever uttered (he also didn’t say, “Life is like a box of chocolates.”) 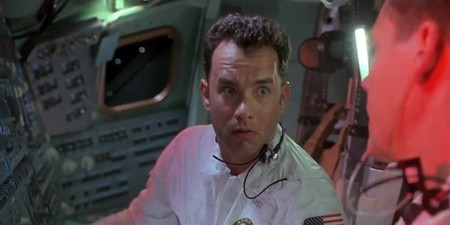 Expect to see the seeds of Nazism sown in the Weimar Berlin of this teeming 16-part epic adapted from Volker Kutscher’s bestsellers and directed by Tom Tykwer (Run Lola Run), Achim von Borries and Henk Handloegten. Amid unbridled sexual decadence, political upheaval, rampant crime, and James Ellroy-like intrigue, Cologne police detective Gereon Rath (Volker Bruch) arrives in Berlin to investigate a blackmail case dependent on a pornographic S&M movie. Liv Lisa Fries plays the beautiful police typist and part-time hooker who assists Rath in his investigation. Filmed over six months at a cost of $44 million, according to The New York Times, the series is reportedly the costliest German-language film ever made. Season 3 is in the works. 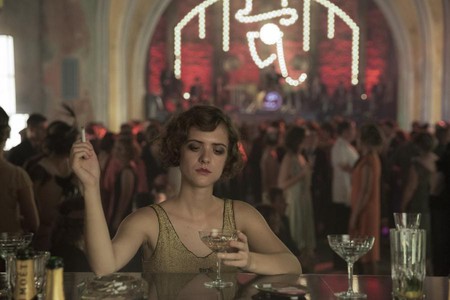 Holy overkill! Netflix has lined up five of the modern movies featuring the intrepid if neurotic DC Comics superhero: Tim Burton’s Batman (1989) and Batman Returns (1992), Joel Schumacher’s Batman Forever (1995) and Batman & Robin (1997), and Christopher Nolan’s Batman Begins (2005). There’s no word yet if Nolan’s The Dark Knight (2008) and The Dark Night Rises (2012) will be added. 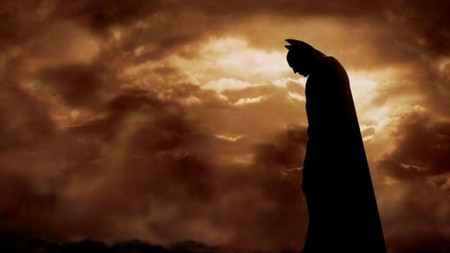 Audrey Hepburn’s Holly Golightly is the most genteel and evasive prostitute in Hollywood history—indeed, the most virginal. The Manhattan locations are to die for and Mickey Rooney is hilarious and politically incorrect as Holly’s irascible Japanese landlord, Mr. Yunioshi. That thorny issue aside, what’s not to love about Blake Edwards’s film adaptation of Truman Capote’s novella? 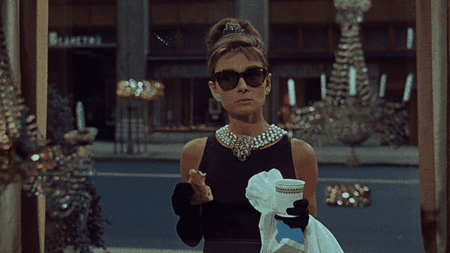 Harold Ramis’s vulgar, sexist, and immortal comedy cocks a snook at the country club golf set. Michael O’Keefe, Chevy Chase, and Rodney Dangerfield are the stars, but Bill Murray—brilliant as the gopher-plagued greenskeeper Carl Spackler—is the man. The film’s production is re-created in A Futile and Stupid Gesture (below).

Giuseppe Tornatore’s nostalgic paean to the cinema of his youth. Famous Roman filmmaker Salvatore is summoned back to his Sicilian hometown following the death of the elderly local projectionist (Philippe Noiret), who mentored him as a child and youth. It won the 1989 Best Foreign Language Film Oscar. 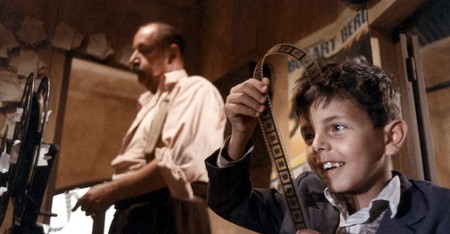 Provisional IRA member Fergus (Stephen Rea) falls in love with transwoman Dil (Jaye Davidson), who was formerly the partner of a British soldier (Forest Whitaker) killed after being kidnapped by Fergus’s unit. Neil Jordan’s most celebrated film, which also stars Miranda Richardson as a vengeful IRA assassin, poses intricate questions about gender identity, sexuality, and the inflexibility of human nature.

Matthew McConaughey won the Best Actor Oscar for his portrayal of Ron Woodroof, the allegedly homophobic, thrice-married HIV-positive Dallas man who aggressively organized a drugs-buying club for AIDS sufferers at a time when federal support was severely lacking. Jared Leto won the Best Supporting Actor Oscar for his performance as the ailing transwoman whom Woodroof gradually befriends. Jean-Marc Vallée directed with style and compassion. 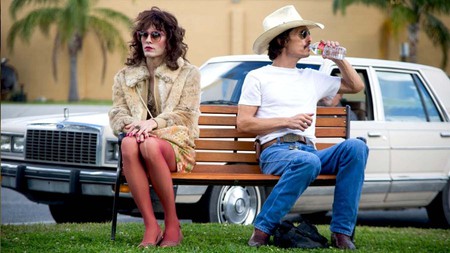 The third batch of EastSiders episodes traces the road trip taken by mostly monogamous boyfriends Thom (Van Hansis) and Cal (Kit Williamson) as they head back to Silver Lake, Los Angeles, following their New York sojourn. Created by Williamson and helped on its way by Kickstarter, EastSiders has refused to draw attention to its characters’ gayness and has deservedly become a daytime staple.

The End of the F***ing World

James (Alex Lawther) thinks he’s a psychopath and that it would be interesting to kill Alyssa (Jessica Barden), who thinks she could fall in love with him and thus insults him. James starts to feel things for her, much to his annoyance. Based on Charles S. Forsman’s comic, this British eight-parter about two mouthy, disaffected teens on the road is a funny and moderately healthy alternative to the likes of Badlands and Natural Born Killers.

The Exorcism of Emily Rose

Following the death of a “possessed” teenager (Jennifer Carpenter), the Catholic priest (Tom Wilkinson) who attempted to exorcize her demons is put on trial; his ambitious defence attorney (Laura Linney) is herself soon subjected to supernatural phenomena. This challenging horror film, directed by Scott Derrickson (Doctor Strange), was inspired by the tragic case of the German woman Anneliese Michel (1952–1976), as was an early Public Image Ltd. song. 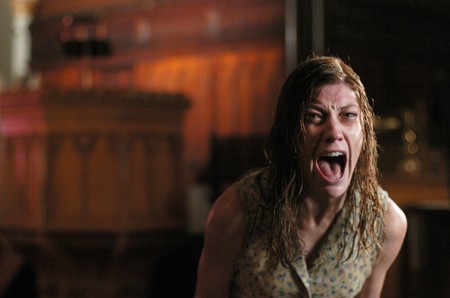 Jennifer Carpenter in The Exorcism of Emily Rose | © Screen Gems

Mike Myers excels as Steve Rubell, the co-owner of Studio 54 (at 54th Street between 8th and Broadway in Manhattan) which peaked as the world’s most famous disco in the late 1970s. Otherwise, Mark Christopher’s film is all dressed up with nowhere to go. Ryan Philippe plays the bartender protagonist and Salma Hayek, Neve Campbell, Sela Ward, Cindy Crawford, Sheryl Crow, Art Garfunkel, Valerie Perrine, Heidi Klum, and Lorna Luft are among the fabulous people. Another celebrity patron is Donald Trump. 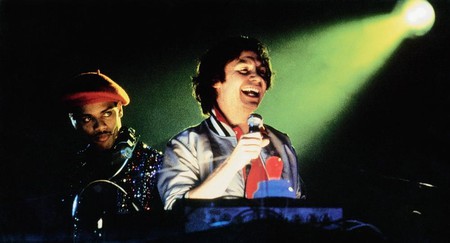 There are elements of Silence of the Lambs and The Tunnel in this juicy six-episode French psychological thriller set in a snow-laden town high in the Pyrenees. Weary police captain Martin Servaz (Charles Berling) joins with local cop Irène Ziegler (Julia Piaton) in investigating the beheading of a thoroughbred horse. Meanwhile, a psychiatrist (Nina Meurisse), whose twin sister was murdered, is frustrated in her attempt to interview a serial killer (Pascal Greggory) whom Servaz arrested. Glacé, as the series was originally known, won the Best Series award at the 2016 Festival de la Fiction TV de La Rochelle.

A Futile and Stupid Gesture

David Wain’s frantic film—an obvious must-watch— traces the rise and fall of the National Lampoon empire, which modernized comedy in American publishing, television and movies, just as Monty Python’s Flying Circus did in British film and TV. Will Forte stars as Doug Kenney (1946–1980), the National Lampoon magazine’s troubled first editor and the producer-co-writer of Caddyshack (see above), and Martin Mull plays Kenney as he might be now had he have lived. Joel McHale is Kenney’s friend Chevy Chase, John Gemberling is Jim Belushi, and Jon Daly is Bill Murray.

The Godfather (1972), The Godfather Part II (1974), and The Godfather Part III (1990) come to Netflix as discrete films, minus the extra footage that Francis Ford Coppola incorporated into the 10-hour 1992 compilation. Streaming the saga of the Corleone crime family allows for an intense immersion in Coppola’s finest achievement, though the big screen remains its optimal window. 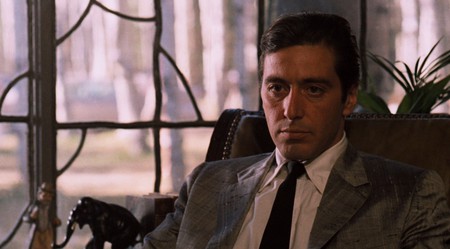 Emile Hirsch starred—and Kristen Stewart had a small but memorable supporting part—in Sean Penn’s film of Jon Krakauer’s biography. It tells the story of the rootless hiker Christopher McCandless’s wanderings, which took him to Alaska; he died there from probable starvation in 1992. Shooting outdoors injected some lyricism into Penn’s often leaden style. 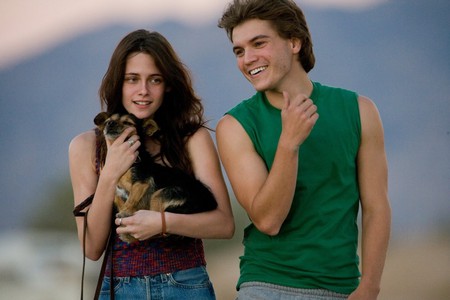 Kristen Stewart and Emile Hirsch in Into the Wild | © Paramount Vantage

Peter Jackson’s 2005 epic about the giant ape who resents captivity stars Naomi Watts, Jack Black, and Adrien Brody. The elaborate creaturely effects and a surfeit of over-acting put it in the shade of Merian C. Cooper and Ernest B. Schoedsack’s 1933 stop-motion classic.

Richard Donner directed the four entries in the 1987–1998 buddy film series starring Danny Glover and Mel Gibson as Roger Murtaugh and Martin Riggs—scarcely the LAPD’s most merciful or careful cops. Fans of the 2016–2018 Fox series featuring Damon Wayans and Clayne Crawford as younger versions of the duo should look at Glover and Gibson and marvel.

True love doesn’t run smooth for Tita (Lumi Cavazos) and Pedro (Marco Leonardi), the jinxed couple at the heart of Mexican director Alfonso Arau’s matriarchal gastro-romance. Based on Laura Esquivel’s 1989 novella, this was the film that introduced magical realism to more Americans than did high-school literature classes. 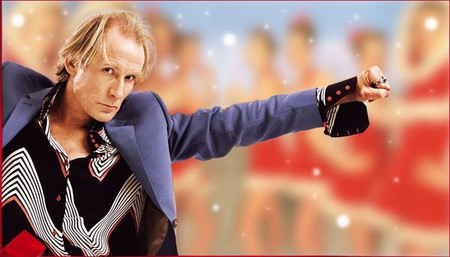 In Peter Jackson’s film adaptation of Alice Sebold’s novel, 14-year-old Susie Salmon (Saoirse Ronan) is murdered by a serial killer (Stanley Tucci) in suburban Pennsylvania. Trapped between Earth and Heaven, Susie investigates the circumstances of her death and watches over her anguished parents (Rachel Weisz, Mark Wahlberg) as the movie morphs from a prettified metaphysical drama into a thriller. Ronan and Susan Sarandon (playing Susie’s granny) are excellent. 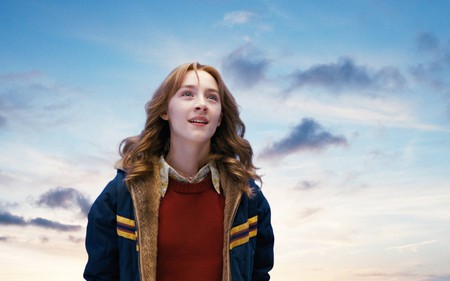 Sofia Coppola’s fragrant, fondue-filled biopic of the doomed French queen (Kirsten Dunst) comments on decadent celebrity; the anachronistic use of pop tunes underscored the film’s contemporary resonance. It would ideally be billed with Coppola’s The Bling Ring.

An American screenwriter (Owen Wilson) with a materialistic fiancée (Rachel McAdams) nocturnally time-travels into the 1920s Paris of the Fitzgeralds, Hemingway, Gertrude Stein, and Picasso. This 2011 comedy was the most inventive and dazzling Woody Allen had made for years. 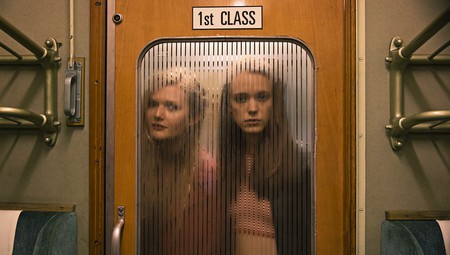 Tim Robbins and Morgan Freeman star as inmates in a state penitentiary whose friendship endures 40 years of upheavals in Frank Darabont’s 1994 drama. Based on a Stephen King novella, it was initially a box-office disappointment but was nominated for seven Oscars and became a home video phenom. 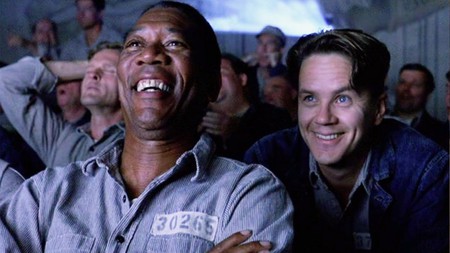 Conceited maverick dancer Scott (Paul Mercurio) and blossoming wallflower Fran (Tara Morice) team up to take on the flamboyant opposition in Baz Luhrmann’s ballroom spoof. It remains the Australian director’s best and funniest film. The scene by the railroad in which Scott and Fran are taught the Paso Doble by Fran’s unshaven Spanish dad and his mother is a spine-tingler. 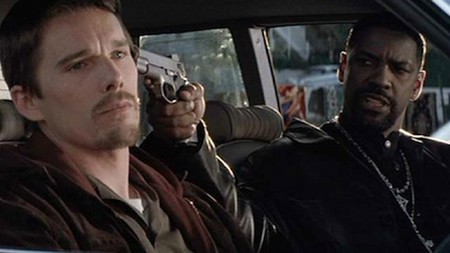 Peter Weir’s metafictional allegory is about a corporate adoptee and insurance drone (Jim Carrey) who realizes that every aspect of his life, including his marriage to an attractive woman (Laura Linney), has been manufactured for a reality TV show. Can he escape his “utopian” middle-class bubble? Ed Harris co-stars.

The comic genius of Gene Wilder blessed the 1971 musical version of Roald Dahl’s children’s novel. Look out, too, for Roy Kinnear, hilarious as Veruca Salt’s henpecked dad. Tim Burton’s 2005 remake with Johnny Depp was gorgeous to look at, but Wilder is the real Willy Wonka. 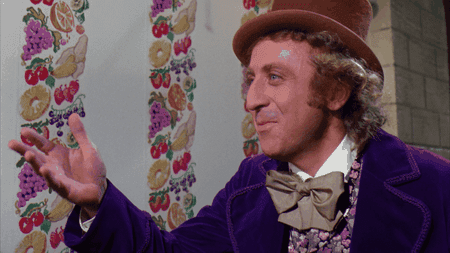