It's a Wrap! Terry Gilliam's "Quixote" Is in the Can at Last 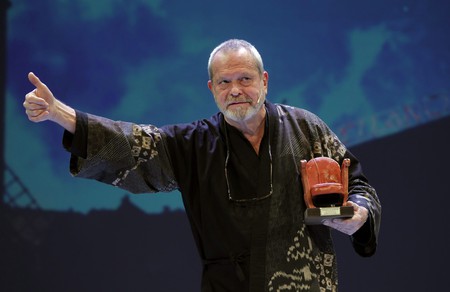 Seventeen years after The Man Who Killed Don Quixote first went into pre-production, Terry Gilliam has completed principal photography. There are still problems, but Gilliam knows by now there’s no windmill that can’t be tilted at.

“Sorry for the long silence,” Gilliam announced on his Facebook page yesterday. “I’ve been busy packing the truck and am now heading home. After 17 years, we have completed the shoot of THE MAN WHO KILLED DON QUIXOTE. Muchas gracias to all the team and believers. QUIXOTE VIVE!”

The Man Who Killed Don Quixote, co-scripted by Gilliam and Tony Grisoni, was filmed in Spain and Portugal with regular Gilliam collaborator Nicola Pecori behind the camera. The fantasy film had been gestating for 28 years. 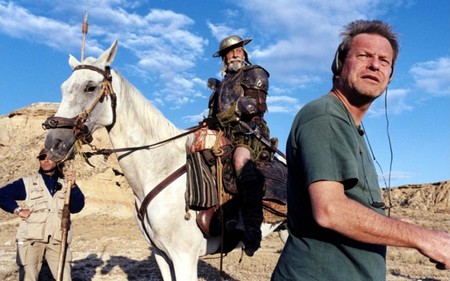 Gilliam’s refusal to give up on Quixote has been nothing if not quixotic. At the 2016 Cannes Film Festival where the film was relaunched, he said, “Quixote is a disease. I want to get it out of my life so I can get on with the rest of my life. It’s one of those nightmares that will never leave you until you actually kill the thing.”

“Pig-headed” is the phrase the 76-year-old former Monty Python animator currently uses in lieu of “tenacious.”

“Don Quixote is a dreamer, an idealist, and a romantic, determined not to accept the limitations of reality, marching on regardless of setbacks, as we have done,” Gilliam told told Variety on completing principal photography. “We’ve been at it so long that the idea of actually finishing shooting this ‘clandestine’ film is pretty surreal.

“Any sensible person would have given up years ago, but sometimes pig-headed dreamers win in the end, so thank you to all of the ill-paid fantasists and believers who have joined to make this longstanding dream a reality!’’

Gilliam was using the word “clandestine” rhetorically—read on.

Gilliam faces two potential problems as The Man Who Killed Don Quixote enters post-production.
The Portuguese public broadcaster RTP has reported that the film’s crew damaged masonry and roof tiles and tore up trees at the 12th-century Convent of Christ in Tomar, once a Knights Templar castle, in Portugal’s central Santarém District.

The convent is a Unesco world heritage site. The relevant Portuguese government department is investigating the allegations, according to The Guardian. Gilliam has described them as “ignorant nonsense” on Facebook.

“Everything we did there was to protect the building from harm…and we succeeded,” he wrote. “Trees were not cut down, stones were not broken. There was not an iota of disrespect involved. People should begin by getting the facts before howling hysterically.” 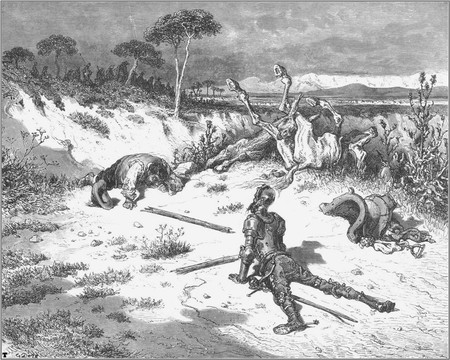 Associated Press reported that Ukbar Filmes, the Portuguese production company used in Tomar, acknowledged four small chips in masonry and damage to six modern roof tiles, which will be restored.

Convent officials consented to the removal of trees planted during an earlier film production.

The French sales company Alfama Films, which partnered Gilliam’s on the movie’s 2016 reboot, has meanwhile issued a statement claiming the production is “patently illegal.” Alfama’s Paulo Branco told The Hollywood Reporter at Cannes this May that Gilliam had “clandestinely” sought other financial partners, and that Alfama owns the film’s rights. The companies currently behind the production—including Jeremy Thomas’s Recorded Picture Company and Amazon Studios—issued a statement saying Branco’s claims are “preposterous.” They announced they are suing Alfama in four countries. 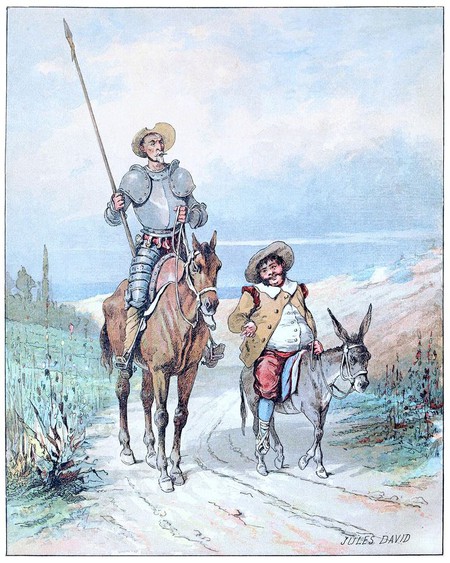 Chipped masonry and lawsuits notwithstanding, The Man Who Killed Don Quixote has a reasonable chance of a 2018 premiere. However it turns out, Gilliam’s revisionist take on the adventures of Miguel de Cervantes’s superannuated knight will go down in movie history as the project that, 15 years before it was completed, spawned a documentary about its collapse.

Keith Fulton and Louis Pepe’s Lost in La Mancha (2002) chronicled the disastrous production in Navarre of the incarnation of Quixote in which Gilliam had cast Jean Rochefort as the Don and Johnny Depp as Toby.

The noise of NATO jets passing over the locations in Bardenas Reales, flash floods, and Rochefort’s withdrawal thanks to a herniated disc ended shooting within a few days, resulting in a record $15 million insurance claim.

Gilliam had had Fulton and Pepe document the fiasco as his own kind of insurance. Several years passed before he was able to reclaim the screenplay from the insurer. 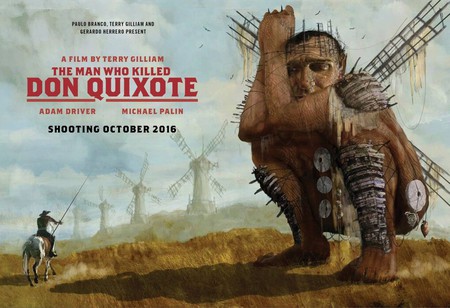 The production was revitalized in 2008. Robert Duvall, the late John Hurt and Gilliam’s fellow Python Michael Palin each temporarily filled Quixote’s sabatons. Ewan McGregor and Jack O’Connell were touted as possible replacements for Depp as Toby.

Adam Driver’s casting as Quixote’s misidentified squire brought a bonus for Gilliam. Many actors refuse to read the source novels of the films they’re acting in, since—they claim—they prefer to “rely on the script to serve the director’s vision.”