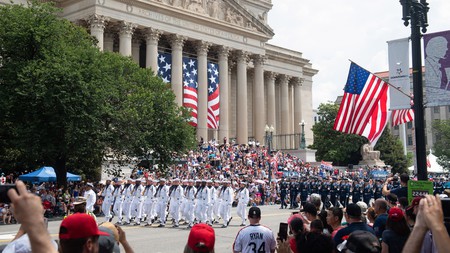 With Independence Day fast approaching, the US is gearing up for its annual celebrations. But with many parts of the country still dealing with soaring coronavirus cases, it’s far from business as usual. Culture Trip reports on what events are taking place across America this year to celebrate the Fourth of July – and how you can take part.

As coronavirus cases around the world continue to soar, and a movement for racial equality has seen mass protests in support of Black Lives Matter, including the tearing down of monuments dedicated to the Confederate cause, America’s 2020 Fourth of July celebrations have been massively toned down.

One exception to this low-key approach, however, is the ceremony taking place at Mount Rushmore, South Dakota. The controversial monument – which was built on Native American land, specifically of the Oglala Lakota tribe – will host President Donald Trump on Independence Day. This is despite many activists saying that the Rushmore monument is as reprehensible as the many others that are in the process of being torn down.

President Trump plans to kick off the weekend celebrations at Rushmore on July 3, with a campaign-style rally for 7,500 people that will include a flyover of fighter jets, and the first fireworks display here since 2009, when they were banned by the National Park Service for fear of sparking wildfires.

Trump has long been transfixed by Mount Rushmore. According to NBC News, in 2018 South Dakota Gov Kristi Noem said the President told her it was his dream to have his face carved into the monument. Later, he joked at a campaign rally about the same idea. The monument, which features the heads of former presidents George Washington, Thomas Jefferson, Teddy Roosevelt and Abraham Lincoln sculpted into the front of the mountain, has long been considered a symbol of white supremacy by Native American activists. 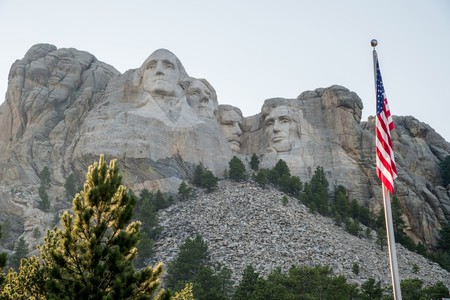 Mount Rushmore National Memorial, a sculpture of four previously serving US presidents, is considered by many to be a symbol of white supremacy | | © Patrick Gorski / NurPhoto via Getty Images

“Mount Rushmore is a symbol of white supremacy, of structural racism that’s alive and well in society today,” Nick Tilsen, a member of the Oglala Lakota tribe and the president of a local activist organization called NDN Collective, told NBC News. “It’s an injustice to actively steal Indigenous people’s land, then carve the white faces of the conquerors who committed genocide.”

The monument is the creation of 1920s sculptor Gutzon Borglum, who, according to Mount Rushmore historian and author John Taliaferro, was an active member of the Ku Klux Klan. The monument’s original purpose was to attract tourists on road trips to South Dakota. But it was constructed on sacred land in the Black Hills belonging to the Lakota Sioux people that was stolen from them – despite treaties with the US government that supposedly protected it. This year, there are protests planned in Rapid City and at Mount Rushmore to coincide with Trump’s visit.

And while cities such as Los Angeles, San Francisco, Denver and Seattle have all canceled their Fourth of July celebrations, because of Covid-19, the Mount Rushmore fete is not the only one happening this Independence Day. From Washington DC to Phoenix, here are the spots where the show plans to go on.

After kicking off the weekend at Mount Rushmore, the White House will host another Salute to America celebration in the nation’s capital. The President is calling in 1,700 military troops to provide support to the Department of the Interior for the event that will be hosted by the Trumps on the South Lawn of the White House and the Ellipse.

It will include music and military demonstrations, and culminate with a fighter jet flyover and fireworks show. There will also be flyovers in New York, Boston, Baltimore and Philadelphia as a “salute to the Great Cities of the American Revolution,” Lt Col Chris Mitchell, a Pentagon spokesperson said in a statement. 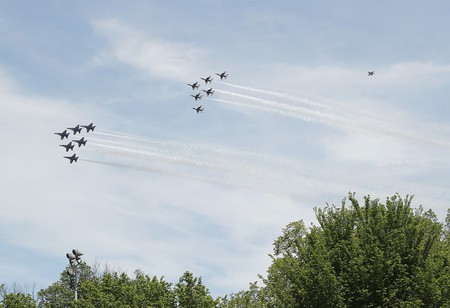 In contrast, a number of Black Lives Matterprotests are also planned in DC for July 4. A George Floyd Memorial March in Washington will begin at 9:30am at the Lincoln Memorial, with speeches, before continuing down the National Mall to the Washington Monument and then occupying the Ellipse, where Trump’s party is planned.

At 10am All Americans Unite has planned a gathering at the Washington Monument as a show of solidarity for all communities regardless of race, sexual orientation, gender identity or ethnicity. At the same time the Million Man March on Washington begins at the Martin Luther King Jr Memorial and ends at the US Capitol, passing by the White House along the way.

Finally, at 12:30pm at the National Museum of African American History and Culture, the Black Lives Matter Protest and Unity Human Flag commemorating the lives of George Floyd, Breonna Taylor and others lost to racial violence begins. Participants will walk to the Washington Monument where a giant human flag will be assembled.

Only the location of the grand finale — the Empire State Building — is being announced in advance for New York City’s 44th annual Macy’s Fourth of July fireworks show. But the city hosts four nights of firework displays between June 29 and July 1 leading up to the main event. These will go off with just a few minutes’ warning each night in one of New York’s other four boroughs in an attempt to keep crowds to a minimum. The shows will last for five minutes each. 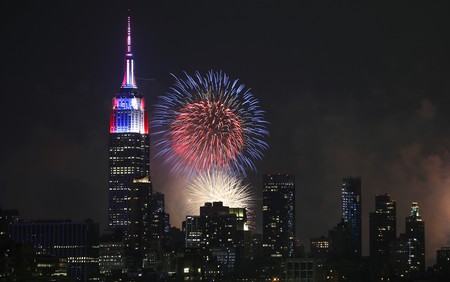 The Macy’s Fourth of July fireworks show will be displayed over Midtown Manhattan over several nights, with the finale being near the Empire State Building | | © Gary Hershorn / Getty Images

Denver has canceled its Fourth of July celebrations, but Colorado’s second-largest city, an hour south, wants you to celebrate from your front porch. Dubbed Symphony on Your Porch, the event will continue the city’s tradition of the Colorado Springs Philharmonic Orchestra putting on a patriotic concert set to fireworks.

The annual Navy Pier fireworks extravaganza in Chicago is canceled this year, but a virtual house music festival and a virtual Independence Day Salute concert, featuring the Grant Park Orchestra, will be held. The city is also helping launch at-home salsa dance parties across Chicago that are somewhat socially distanced — the Chicago Park District is asking people to keep these gatherings to a maximum of 50 people inside, and up to 100 people outside. The city will be streaming a live broadcast including a salsa dance lesson, and music to follow. 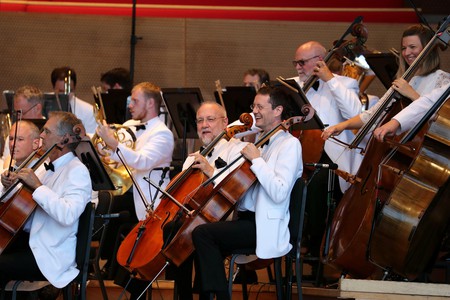 “While we all reflect on America’s promise of freedom and justice and its painful legacy of racial injustice, I invite Chicagoans to commemorate this year’s holiday with family and close friends, connected with our city and people across our country through the healing power of music,” Chicago Mayor Lori Lightfoot said in a statement.

Despite some of the highest numbers of newly reported Covid-19 cases in the country, many cities in the Phoenix metro area still are planning fireworks extravaganzas for July 4.

Instead of the usual blanket-on-the-grass-style gatherings, however, these shows will be drive-in events and, in some cities, limited to set numbers of cars. Phoenix itself has canceled its Independence Day fireworks, but cities still putting on shows include Scottsdale, Mesa and Chandler. 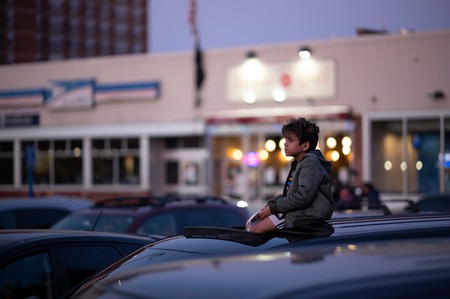