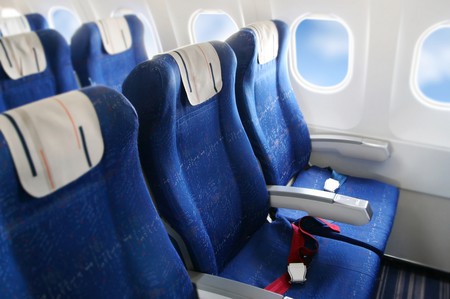 For anyone who suspected airline seats are getting smaller – you were right. And now it’s come to light they’ve been shrinking so much it’s a safety issue.

A passenger rights group, Flyers Rights, has challenged the Federal Aviation Administration (FAA) to rethink its policy on shrinking seats after the agency originally rejected a request to implement rules on seat and aisle size.

A US appeals court has said the FAA must look again at regulating airline seats after the consumer organisation made a case that smaller seats and less legroom will one day lead to tragedy.

The group raised concerns that smaller seats make it harder to evacuate during an emergency and increase the risk of deep vein thrombosis (DVT) while flying.

‘This is the case of the incredible shrinking airline seat,’ wrote Judge Patricia Millett in the ruling. ‘As many have no doubt noticed, aircraft seats and the spacing between them have been getting smaller and smaller, while American passengers have been growing in size.’ 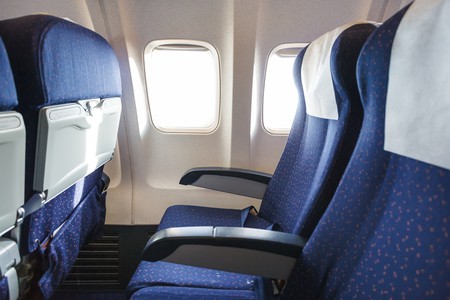 On discount carrier Spirit Airlines, famous for its bright yellow livery, the distance between the headrest of a seat and the seat in front is just 28 inches (71cm).

American Airlines faced a recent backlash after news emerged it planned to order new Boeing 737 jets with only 29 inches (74cm) between headrests at the back of the plane in order to make room for premium-priced seats at the front.

In terms of seat width, in their appeal Flyers Rights said airline seats are narrowing, with the average shrinking from 18.5 inches (47cm) 10 years ago to about 17 inches (43cm) today.

Spokeswoman for Flyers Rights, Kendall Creighton, stated they were glad the FAA had been asked to present better evidence in response to their appeal. She stated: ‘the path to larger seats has suddenly become a bit wider’; the group are also calling for a ‘freeze’ on further reductions.

Some lawmakers have already called for more legislation to regulate airlines, and congress now might potentially consider the issue.

For more airline news check out why airlines need to do more to protect survivors of sexual assault on their flights.