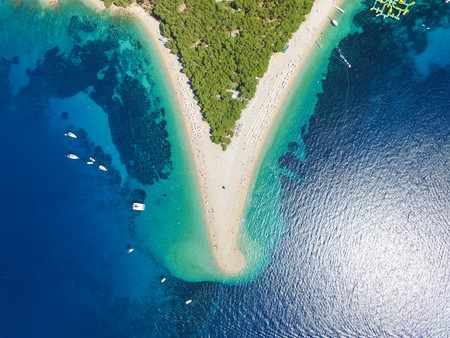 Many of you will recognise Beautiful Destinations as the hugely successful Instagram channel that inspires wanderlust in digital explorers. Chances are you’ve come across one of their images while scrolling through your feed and stopped, your fingers hovering over a lush, vibrant landscape, allowing your mind’s eye to travel to a distant land.

Maybe you’ve spent time on the Beautiful Destinations YouTube channel, absorbing the colourful worlds and heartwarming stories of the people who call these far-flung places home. Behind the scenes, founder Jeremy Jauncey and his team have spent years cultivating and perfecting the art of wanderlust. We caught up with the enigmatic techie traveller to find out how he helped create one of world’s largest travel communities and what the future holds for Beautiful Destinations.

A post shared by BEAUTIFUL DESTINATIONS (@beautifuldestinations) on Jul 3, 2017 at 8:55pm PDT

What started as a passion project in 2012 quickly took off. ‘In the really early days of social media, Instagram was this place that people would come to connect,’ says Jauncey. ‘It was about this community of people all over the world that just love photography.’

Jauncey was quick to spot the potential in Instagram’s infancy – before filters, video, stories and live streaming. ‘I realised there wasn’t anyone doing almost like a good digital magazine for travel, but there were all these amazing content creators. We started reaching out by saying “You’re in Australia, you’re in Japan, you’re in Hong Kong. You’re creating amazing photos, why don’t you send them to us and we’ll be the place that tells your story.” ‘

The formula was immediately successful, fuelled by travel-hungry users looking for a quick fix. ‘We started with around 10,000 followers and it just grew and grew. In those days there weren’t any travel brands using social, so our images would hit the popular page on Instagram all the time.’

A post shared by BEAUTIFUL DESTINATIONS (@beautifuldestinations) on Jul 1, 2017 at 4:49am PDT

Today, Beautiful Destinations has 15 million followers in 180 countries across Instagram, Facebook, Snapchat, YouTube and Chinese social media platform Weibo. The digital explosion in China represents a huge opportunity for travel brands like Beautiful Destinations. ‘Most people couldn’t name a place other than Shanghai and Beijing, but there are millions of stories just waiting to be explored,’ says Jauncey.

Reaching a Chinese audience even more obsessed with personality has meant Jauncey is spending more time in front of the camera. ‘When telling the story of the Panda sanctuary in Chengdu, we thought about getting some amazing panda photos and some beautiful scenery. Our advisors told us to do pieces to camera and film reactions to other videos, which is really weird because that’s the complete opposite to how we’ve pushed the Beautiful Destinations brand in the past.’

Hiring creative director Davis Paul from GoPro marks a big statement of intent. ‘Video in general is something that we’re really bullish on.’ Earlier this year on a quarterly earnings call to Wall Street, Facebook founder Mark Zuckerberg called video a ‘megatrend’, likening its impact to that of mobile.

Tune in Thursday to learn more about @captain_potter & the profound impact Hawaii has had on shaping his attitude, creativity & choice to live a more sustainable lifestyle. #BehindtheHandle is a series dedicated to diving deeper into the life of creators – highlighting their passions, struggles and journey to where they are today. Subscribe to our YouTube & make sure to tune in! #BeautifulDestinations #Hawaii

A post shared by BEAUTIFUL DESTINATIONS (@beautifuldestinations) on Jun 28, 2017 at 7:16am PDT

According to Cisco, it’s estimated that by 2020 about 75% of all online traffic will be video. But whereas traditional YouTube videos are longer, social videos are very short. ‘They say that Facebook counts a video view after three seconds and you only have about eight seconds to keep a consumer’s attention – if you don’t they’re going to click off. We’ve got to think about telling stories in eight seconds with no sounds on a screen that’s just a few inches.’

On the other hand, there’s also been a huge shift by the big tech players towards long-form video. ‘Amazon won three Oscars this year, Netflix is spending six billion dollars on content this year, while Facebook’s just launched its own video and TV channel. That is going to be the future of travel.’

Entertainment will play an even greater role, according to Jauncey. ‘Think about Instagram Stories as creating a TV show every night of the week. My most rewarding travel experiences are when I’ve seen a place on social media first and then I go there in real life. I had that with New York, Santorini in Greece and China. Right now my favourite place is Chengdu in China.’