Did Almodóvar's Jury Choose the Right Winners at Cannes? 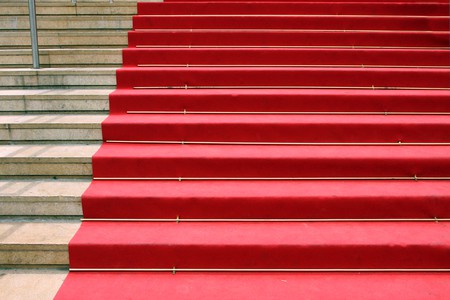 Most of the films given prizes by Pedro Almodóvar’s Jury received good reviews during the festival. Yet we’re not convinced by all the winners.

Sweden’s The Square fully deserved to win the Palme d’Or. The first film written and directed by Ruben Östlund to be selected for Cannes’ main competition, it’s an urban satire full of dark humor about the curator, Christian (Claes Bang), of a modern art museum who intends to exhibits a life-affirming (and potentially lucrative) installation called “The Square.”

Unfortunately, Christian loses his iPhone, which causes endless trouble. Charming, arrogant, confused, and sometimes helpless, he also has an ill-advised affair with an American journalist (Elisabeth Moss), who lives with her pet chimpanzee. The film’s center piece is the swanky museum dinner at which a performance artist (Terry Notary) mimicking an ape threatens the assembled patrons and celebs.

Östlund’s ambitious film is wide-ranging in topics and targets. It variously addresses the boundaries of free speech, the European refugee crisis, the awkward existence of modern art in ordinary people’s daily lives, and the vanity of the middle-class. It’s reminiscent of Luis Buñuel’s The Discreet Charm of the Bourgeoisie (1972) and the brilliant recent films of Östlund’s countryman Roy Andersson, though The Square is more accessible than Andersson’s work. At 142 minutes it felt too short. It’s a movie worth seeing many times over.

The Jury awarded its second best prize, the Grand Prix, to the French director Robin Campillo’s 120 Beats per Minute. Based on Campillo’s own experiences in the early 1990s, it portrays a group of young Parisians who were part of the AIDS protest organization ACT UP. It was a time when the government authorities responsible for handling the AIDS crisis constantly ignored reasonable requests for thorough testing and new treatments, and when drug companies delayed releasing test results to patients and failed to expedite possible medical breakthroughs.

Campillo was a co-writer on the 2008 Palme d’Or-winner The Class, directed by Laurence Cantet. The first half of 120 Beats is stylistically similar to Cantet’s movie—the long, detailed discussions at the weekly ACT UP meetings enable viewers to get to know each character well.

“What do you do?” new group member Nathan (Arnaud Valois) says to Sean (Nahuel Pérez Biscayart). “I’m HIV positive, that’s all,” Sean replies. The simple statement of that fact and the basic right to live explains why these brave, passionate young people got together.

During the group’s protests, the romance between Nathan and Sean blossoms, the audience being sadly aware that it will come to a heartbreaking end. The tone of 120 Beats is not merely sorrowful, however. HIV-positive patients now get faster test results, better treatments, and more types of medicine, and survival rates have greatly improved. Campillo’s film movingly honors the role played by ACT Up and other organizations in bringing about such changes. 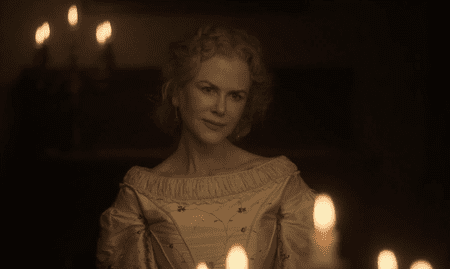 The Best Director prize went to Sofia Coppola for her latest film The Beguiled. No sooner was this announced than movie websites clamored that Coppola was the first woman director to win at Cannes since 1961 (when Moscow-born Yuliya Solntseva won for Chronicle of Flaming Years) and only the second in history.

A new version of the Thomas P. Cullinan novel that inspired Don Siegel’s 1971 Clint Eastwood vehicle, Coppola’s film is about the combustion that occurs when seven females at an isolated Southern school take in a handsome, seductive wounded Union soldier (Colin Farrell). Nicole Kidman plays the principal, Kirsten Dunst a virginal teacher, and Elle Fanning a conniving boarder. Suspicion, jealousy, and rage are among the emotions the Yankee provokes.

Though The Beguiled raises the issue of female empowerment in a desperate situation, it scarcely warrants being called a feminist movie. It’s easy for the Cannes Jury and the media to fall into the political correctness trap—naming and celebrating a woman as best director after a 56-year hiatus is the quickest way to stifle complaints about male domination of the industry. Until women filmmakers win awards consistently at Cannes and other showcase festivals, it’s clear that little progress will have been made in terms of equality.

Still, at least The Beguiled won a more prestigious Cannes prize than did Coppola’s The Bling Ring. In 2013, the tiny canine that played Paris Hilton’s chihuahua in that film was beaten to the Palm Dog award by the white poodle with cataracts that starred alongside Michael Douglas’s Liberace in Behind the Candelabra.

All of Cannes 2017 prize-winners are listed here.