With excellent performances and a brooding atmosphere, Lizzie reveals what it was like to walk in the shoes of the bedeviled Miss Borden – the woman accused of one of America’s most notorious unsolved murders – and those of her family’s maid.

Starring Chloë Sevigny in the title role, Lizzie (2018) speculates on the events leading up to the murders of Andrew and Abby Borden, who were axed to death in Fall River, Massachusetts, on August 4, 1892. It was the OJ Simpson case of the Gilded Age. The film’s accent is firmly on whydunit rather than whodunit, for the identity of the killer comes as no surprise. 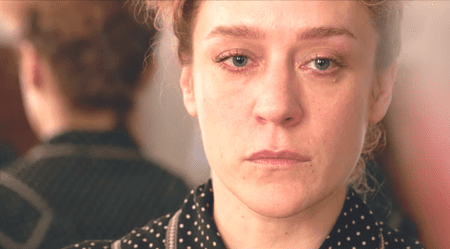 What makes the movie compelling is that it breaks with conventional morality in suggesting that Mr Borden (Jamey Sheridan), odious in this telling at least, had it coming. Less deserving of the 40 (or so) whacks that inspired the macabre children’s rhyme was his irksome but otherwise hapless second wife, Lizzie’s stepmother (Fiona Shaw).

The perpetrator of the crime in this film is not as calculating as the psychopathic 19th-century English heroine of William Oldroyd’s Lady Macbeth (2017), but, as victims of oppression, they have much in common. Jean Genet’s play The Maids is another touchstone, if not quite an analogue.

Directed by Craig William Macneill, Lizzie is period perfect, a suffusion of Victorian gloom – Andrew’s stinginess means the Bordens’ home is creepily ill-lit; everything looks coppery. Yet it is a thoroughly modern movie with a blazing #MeToo consciousness; it factors in the recurrent rapes of the family’s Irish maid, Bridget Sullivan (Kristen Stewart), by her white-haired employer, who also happens to be a ruthless land-grabber.

The film additionally features an affecting same-sex relationship: Lizzie and Bridget are drawn together as virtual prisoners in the Borden household. (Ed McBain made them lovers in his 1984 novel, Lizzie.) Their affair pushes Lizzie’s older sister, Emma (Kim Dickens), to the margins of the story. 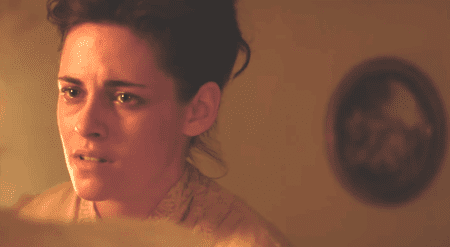 Lizzie has tried to escape the claustrophobic mausoleum at 92 Second Street by making regular visits to the theater, and it is while she is attending an opera that she has an epileptic fit. Victoria Lincoln contended in her 1967 book, A Private Disgrace: Lizzie Borden by Daylight, that Borden suffered from a form of temporal lobe epilepsy and was experiencing an attack when she murdered Andrew and Abby, though this theory has since been discredited. Lizzie’s epilepsy in the movie feels like a distraction.

Bridget’s hiring exacerbates tensions in the Borden home, especially when Andrew starts forcing himself on her in her room. Brava to Lizzie for spreading broken glass outside the door when she hears Bridget’s bed creaking one night. We relish the barefooted Andrew’s muffled yells of pain. The atmosphere worsens after Lizzie’s stoat-like Uncle John (Denis O’Hare) manipulates Andrew into changing his will to make him the chief beneficiary.

Lizzie was skilfully structured by screenwriter Bryce Kass: the film opens moments before the first murder, flashes back to Bridget’s arrival and what proceeds from it, then loops back to the fateful day and the graphic depiction of the murders. The use of female nudity during the slaughter adds an unexpected level of kink and may strike some viewers as gratuitous.

This is a genuine pressure-cooker movie in which every sound and footfall is unbearably loud; shrill or keening noises on the soundtrack keep the viewer on edge. As a result, the murders come not as a heinous crime but as a blessed relief. They spell freedom.

Thanks to Sevigny (tough and unflinching) and Stewart (fretful and harrowed throughout), Lizzie takes us inside a hell house in New England and a gory legend that has thrilled America for well over a century.

Lizzie opens in the US on September 14.