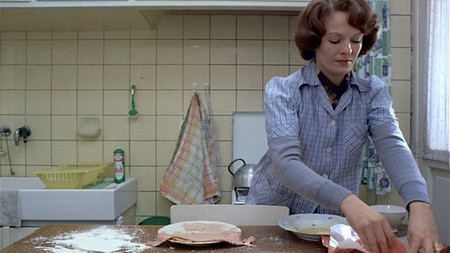 The Belgian filmmaker Chantal Akerman died at the age of 65 on October 5, 2015. Since today would have been Akerman’s 67th birthday, it’s an apt moment to salute her feminist masterpiece, Jeanne Dielman, 23, quai du Commerce, 1080 Bruxelles (1975), recently released on Blu-ray by the Criterion Collection.

The British Film Institute’s Sight and Sound magazine last held its celebrated critics’ poll of the greatest films of all time in 2012. There was a change at the top, Alfred Hitchcock’s Vertigo displacing Orson Welles’s Citizen Kane after its confident 50-year run. 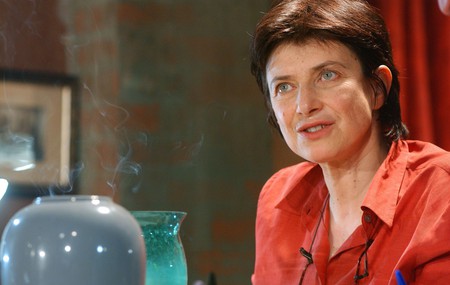 We are now at the half-way point between the the 2012 and 2022 polls. If Jeanne Dielman were to maintain its precipitous rise, it would leapfrog Kane and Vertigo to finish first.

Only 18 films finished above Jeanne Dielman in the Village Voice’s 2001 poll of the 100 Best Films of the 20th Century. Its comparatively high placement was a strong sign of its increasing critical heft in the United States. 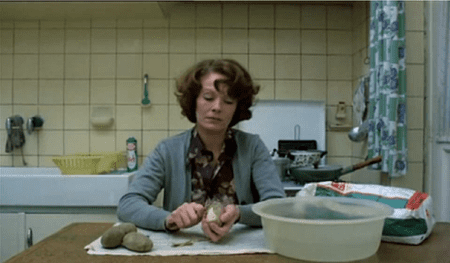 Jeanne Dielman is not an easy watch, but its fiercely political evocation of its protagonist’s ordered existence through Akerman’s meshing of content and style is masterful. In 1975, it was also formally innovative.

Shot in extended takes, the film depicts, for three hours and 21 minutes, the mind-numbing daily routines of a middle-aged, bourgeois homemaker, the widowed single parent Jeanne (Delphine Seyrig). She interrupts her long sessions preparing meals at the kitchen table to shop, seek a missing button, eat with her stupid adolescent son, bathe, and make necessary cash by sleeping with paying customers.

“Real time” as a filmic device has never seemed more wearing, though Akerman’s images exert a rhythmic pull. As cracks appear in Jeanne’s facade and the mood turns unsettling, we suffer with her. When she takes drastic action, it is enfolded into her routine. The film’s last seven minutes, in which Jeanne returns to her old state of durance, is quietly devastating. 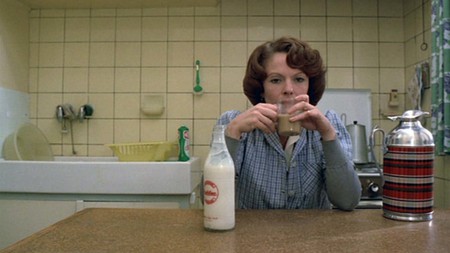 Philosophically, Jeanne Dielman is close in spirit to the work of the great British television director Alan Clarke. Whereas Akerman uses stasis to evoke Jeanne’s plight, Clarke used repetitive motion—notably in extended shots of socially oppressed youths walking fast—to convey the violence mounting inside them, and which they manifest by acting destructively or self-destructively.

Also included is Saute Ma Ville (1968), the 13-minute film with which Akerman launched her career at the age of 18. Introduced by Akerman, it is a direct precursor to Jeanne Dielman.