Must Love Boobs: The Men Of Breast Cancer Awareness

For Bob Carey, a cancer diagnosis couldn’t have come at a worse time.

“It was a very uncertain time for us, not just because of the cancer, but we [had] moved to Brooklyn eight month’s prior,” Bob told us. “To say that our world was turned upside down was an understatement.”

It was his wife, Linda, who was diagnosed with breast cancer in 2003. But by their loving accounts, the diagnosis took a significant toll on both of them. For Linda, it was the physical and mental rigors of treatment, accompanied by a desire to make sure Bob took care of himself in a time when the focus was largely on her. And for Bob, it was his sincere desire to both hold Linda’s hand through her journey and make her smile along the way. 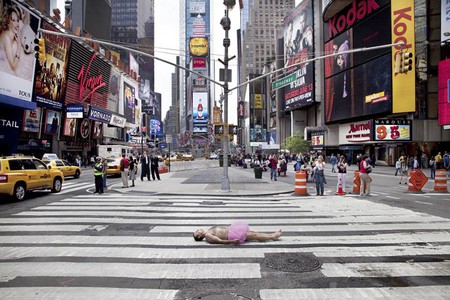 Courtesy of The Tutu Project

Their two objectives, accompanied by a single pink tutu, spurred what would become a well-executed Breast Cancer Awareness campaign.

“It was Bob’s idea. At least initially. He had a prop (the tutu) left over from a commercial shoot, and as we moved from Phoenix to Brooklyn, he took his first self-portrait,” Linda told us. “He’s always used his art as a form of self-therapy […] As a caregiver, I felt it was important for Bob to take care of himself and encouraged him to go on road trips with the tutu, as odd as that might sound. It was a way for him to replenish himself through his art and when he would send me the photos, a way for me to laugh — a lot.” 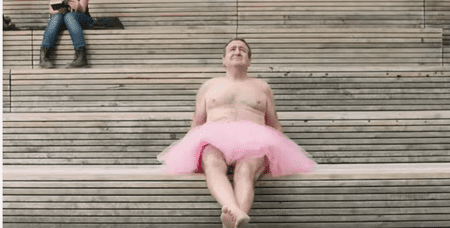 As the face of The Tutu Project, which he and his wife founded shortly after her diagnosis, Bob has joined a growing group of men helping to raise awareness for what many see as a women’s disease. His images are hilariously striking; they juxtapose a frilly pink tutu and his hair-covered chest. The photos have gained loads of attention and raised quite a bit of money for families coping with breast cancer.

“The work and story resonated with people all over the world, something we never expected,” Bob said. “This has deeply touched Linda and I.”

Men get breast cancer, too 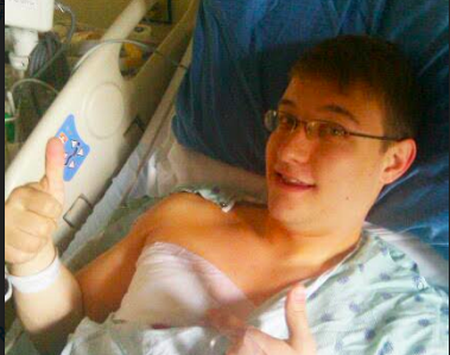 Bret Miller says he first found a lump under his right nipple when he was just 17 years old. He didn’t receive an official breast cancer diagnosis until he was 24. The events that followed set him on a path he never could have imagined at the time — a mastectomy and four rounds of chemotherapy.

“At first I thought it was a joke” Bret, co-founder of the Male Breast Cancer Coalition, told us. “I mean I knew men could get breast cancer but it was rare. I didn’t think I was one of those ‘lucky ones.’”

According to Susan G. Komen Foundation, only about one percent of breast cancer cases occur in men. The risk of breast cancer is much lower in men than it is in women, but that doesn’t mean it’s impossible. Men don’t have breasts in the way that we think of breasts, but they do have breast tissue. It is our misunderstanding of male biology that may leave men more vulnerable to dying from breast cancer, because many end up seeking help far too late. So, even though men are diagnosed with breast cancer less often, they’re more likely to die from it when they are diagnosed.

Bret co-founded the Male Breast Cancer Coalition with his friend Cheri Ambrose on that premise, hoping to save others like himself. 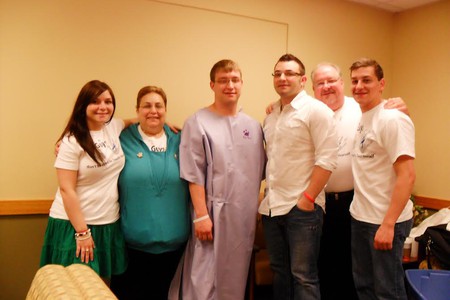 “Many [doctors and organizations] turned us away saying they couldn’t help because they focus only on helping women,” he said. “Most [men] just don’t want to think about breast cancer because they think it’s emasculating. But it’s true, men have breasts, too. By the time most men finally get to the doctors because something is wrong, they are diagnosed at much later stages. Early detection saves lives.”

What breast cancer awareness advocates want you to know

Like so many people worldwide, Bret, Linda, and Bob have been personally impacted by breast cancer and they each made a conscious decision to pay it forward by helping others battling the disease. As for Bret, he’s 30 years old now, working hard, and enjoying being a healthy young man. Of his work with Male Breast Cancer Coalition, he says he wouldn’t trade it for the world. And he’s spreading the word about male breast cancer any chance he gets.

“The most fulfilling parts would have to be knowing that I/we are making a difference and changing people’s lives,” Bret said. “We are helping other men cope with the diagnosis and feeling comfortable with hearing the words ‘breast cancer,’ being their fans so that they can beat this disease, building awareness so that others can detect their lumps before it gets to worse stages.”

Linda says that, though she sometimes struggles with survivor’s guilt (she’s lived and thrived with metastatic breast cancer for ten years now), she finds joy in knowing that what she’s doing is helping others through a tough time. 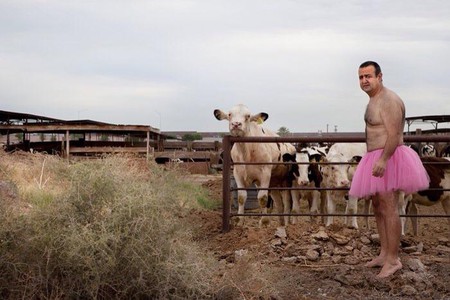 Courtesy of The Tutu Project

“I love hearing from people who have been touched by Bob’s images and our story,” Linda said. “It warms my heart to know that through these images we may have helped someone as they navigate, not just through breast cancer, but any of life’s challenges. The money we’ve fundraised is used to financially support families living with breast cancer. This is very fulfilling.”