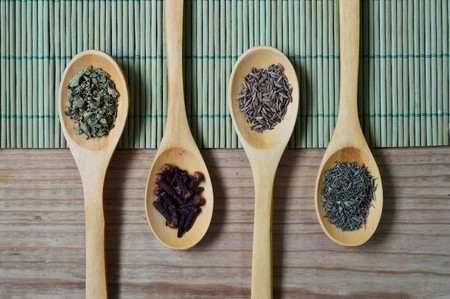 If you get sick in India you’re just as likely to be treated by a doctor of Ayurvedic medicine as you are by one offering Western solutions. It’s been one of the country’s primary health care approaches for 3,000 years, evolving in tandem with The East’s most famous wellness export, yoga.

At its core Ayurveda is founded on the belief that every individual and object in the universe has its own unique constitution — a combination of three energies, or ‘doshas’, called Vata, Pitta and Kapha. If you can’t resist the appeal of astrology, you’ll enjoy deducing your dosha (take this Deepak Chopra quiz to find out which is you).

The aim is to balance the microcosm of nature within us (body, mind and spirit energies) with the macrocosm of nature outside of us, like the constantly fluctuating seasons, for example. When equilibrium is lost you get sick, and as anybody who is currently battling the flu will tell you, that’s especially likely at this time of year.

Despite being classified as an ‘alternative medicine’ in America — a label that has esoteric and not entirely positive connotations — Ayurveda is, in many ways, a common sense system that embraces eating seasonally and adjusting your lifestyle to fit the changing demands of the natural environment. As steamy summer (Pitta) transitions into cool, dry fall (Vata), and sniffles become ubiquitous, we spoke to New York-based Ayurvedic practitioner Cynthia King for some expert tips on staying healthy.

Salads are a no-no during fall, as they only serve to enhance the cold, dry, airy qualities of the season. Instead, King recommends a diet of oily foods that are high in proteins and fats. “Season your meals with stimulating spices and eat them hot,” she says. “It will go a long way toward maintaining your internal reserves of moisture and keep you grounded.”

Think cooked grains, steamed vegetables, soups, stews and all things hearty (kitchari, for example, is a cleansing Ayurveda staple made from wholesome rice and lentils that even the most talentless cook can’t mess up).

Make your lunch and/or dinner in the morning and pack it in good thermos to ensure it stays as fresh and nutrient-rich as possible. 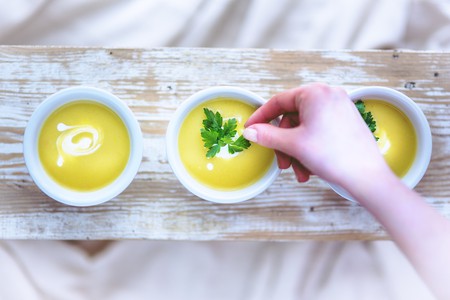 Establishing self care rituals that have a calming effect on your body feels nourishing as the days grow shorter and darker. King refers to it as “dinacharya” — your essential daily routine.

“Go to bed early and wake up early. Start your day with a cup of warm water and eat all your meals at set times,” she suggests. Come the evening “wind down with self-massage using natural oil, followed by a relaxing hot bath.”

She also stresses the importance of daily meditation, because “even 20 minutes works wonders.” Try the Headspace app for short, guided meditations tailored to your mood. 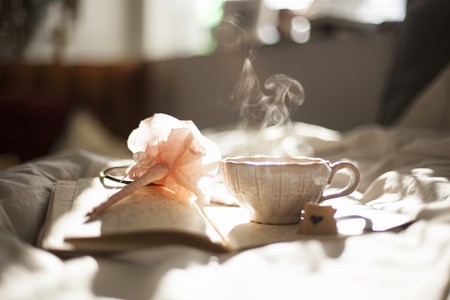 “Specifically for Vata season, roots and warming spices are great,” King explains. Teas are the easiest way to get your fill of these, particularly what’s known in Ayurveda as CCF tea — a cumin, coriander and fennel blend that’s reputedly good for digestion.

King frequently prescribes chavanprash to boost her clients’ immunity — a ghee-based jam infused with amalaki, an antioxidant-rich fruit with a high concentration of Vitamin C.

Another supplement to add to your fall regimen is ashwaghanda, a plant known for lowering cortisol and supporting the thyroid, which plays a role in regulating everything from sex hormones to metabolism.

Lastly, embrace the slow pace — that inclination to nest and rest — that’s so innate to fall. “It’s a great time for self-reflection, creative projects and intellectual study,” says King.