9th floor of the Bayview Correctional Facility. Courtesy of The NoVo Foundation

Despite the closure of New York City’s only women’s prison in 2013, the horrors of Bayview Correctional Facility remain with the women who were imprisoned there. 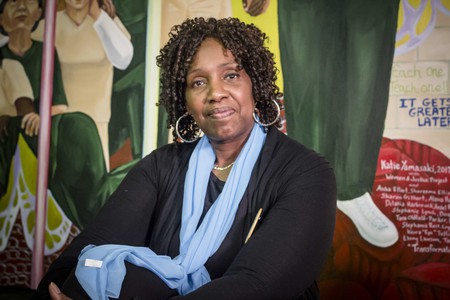 Opened in 1978, Bayview Correctional Facility functioned as the city’s only female prison until four years ago, when it permanently closed its doors and went on the market for private sale. With nearly two-thirds of the prison’s total population from the New York City area, the closure of the prison remains controversial. Most of the incarcerated women were forced to relocate to upstate prisons, one of which included Albion, a medium security prison eight hours away near the Canadian border.

The prison industrial complex (PIC) is a tangible epidemic in the United States. According to a report by the Women in Prison Project of the Correctional Association of New York, the U.S. incarcerates more women than any other country in the world: we have less than 5% of the world’s women, yet nearly one third (31%) of the world’s incarcerated women. And since 1978, the number of women in the U.S. prison system has increased by more than 860%.

Women of color make up 62% of the New York State prison population and are two times more likely to be incarcerated than white women, and the majority of women in prison are mothers (62% state; 56% federal). That means that currently, in the United States alone, we have nearly 2.7 million children with a parent in either prison or jail. Violence is perhaps the unifying factor for incarcerated women: 90% have experienced violence in their lifetime and an estimated 80% have experienced physical or sexual abuse as a child.

The modern prison system was constructed with the male experience in mind, and is not currently equipped to address the unique distinction of existing in a female body. These spaces of confinement present specific and complex gendered problems.

“When you talk about women’s needs, [they’re] different from the men’s. And they just didn’t have that in mind when they decided to have women’s facilities,” says Sharon White-Harrigan, a formerly incarcerated woman of eleven years and current Women & Justice Project consultant. “They probably thought about the money, but not the women.” 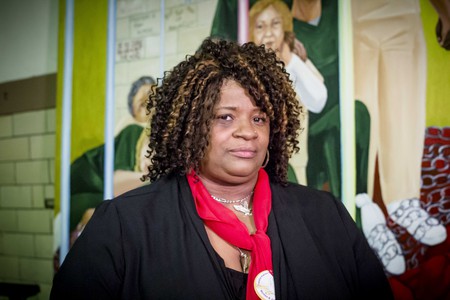 In 2010, the U.S. Bureau of Justice Statistics conducted a study that found that Bayview had the highest rate of sexual misconduct by staff members than any other prison in the United States. Nearly 41% of the prison’s staff were male. In addition to the sexual misconduct, women were subjected to unsanitary conditions, especially in regards to menstruation. Sanitary napkins were highly rationed and given out monthly (as described by Sharon and Iris in the video above), and when an incarcerated woman requested more, she would sometimes have to “obtain a medical permit” to prove that she needed them—which meant showing staff members her soiled napkins.

According to an excerpt from Reproductive Injustice: The State of Reproductive Health Care for Women in New York State Prisons, Bayview’s former Medical Director explained: “We need to have evidence that a woman needs more. We need her to bring in a bag of used sanitary napkins to show she actually has used them.”

“Often times you’ll find officers who just make the situation worse and not better. The conditions—it’s horrible. They call that some form of punishment, but it’s inhumane,” confirms White-Harrigan.

“This is nature. We’re not talking about something I want, it’s something I need. It’s part of being a woman.”

*Statistics were gathered by the Women in Prison Project of the Correctional Association of New York and Women & Justice Project from the U.S. Bureau of Justice Statistics and DOCCS.