'The Assassination of Gianni Versace' Skimps on Fashion and Motivations 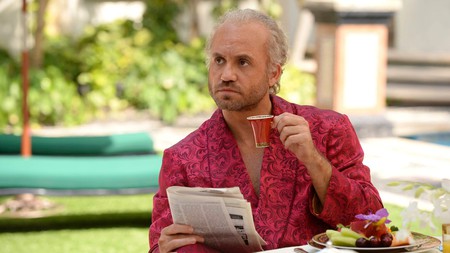 Made with prurient audiences in mind, and appealing to the taste for schadenfreude, the FX Channel’s tabloid-style “American Crime Story” anthology series was never likely to dignify the momentous life, career, and death of Gianni Versace. Even allowing that The Assassination of Gianni Versace aspires to telling some kind of truth about the fatal shooting of Versace (Édgar Ramírez) by Andrew Cunanan (Darren Criss) in Miami Beach on July 15, 1997, it was surely unnecessary to show repeated shots of the Italian designer lying in the morgue with a gaping hole in his cheek.

Such gratuitous graphic imagery is counterpointed with the miniseries’ biographical insipidity. Two episodes in so far, it has strained hard to avoid cluttering the story with psychological insight or to explain why Versace was the great designer he was. Writer Tom Rob Smith, who adapted the screenplay from Maureen Orth’s book about Versace and Cunanan, and director Ryan Murphy have paid only lip service to the fashion industry and Versace’s role in it. 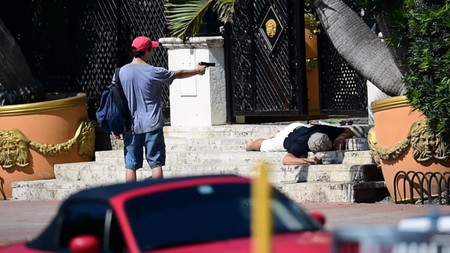 There are gestures. In episode one, Versace is seen telling a model an anecdote about his dressmaker mother and explaining to the girl that his clothes are intended to enhance her appearance: “The most important thing is the look on your face.”

In a flashback to a 1990 meeting with Cunanan at the San Francisco Opera—a meeting that takes place in Cunanan’s head—Versace tells the fawning acolyte that he designed his first dresses for his sister Donatella, and perhaps still designs all of them for her. Since Donatello (Penélope Cruz) doesn’t make her grand entrance until after Versace is dead, this mention serves to smuggle her in ahead of time.

Finally, in episode two, we see some runway action. After overcoming a mystery illness—the series irresponsibly implies that Versace was HIV positive—Versace designs a collection to celebrate life, which makes him disdain the gloomy models Donatella has chosen because, after all, “Life is special! Life is precious!” and his vision for Woman is “She shall be proud! She shall be strong!”

His designs for a sparkly red minidress and gold and silver numbers earn enthusiastic applause. But this is the Mickey Mouse version of Versace’s vocation. There is not a hint of sophistication, which makes The Assassination of Gianni Versace the polar opposite of Paul Thomas Anderson’s fashion-world film Phantom Thread. 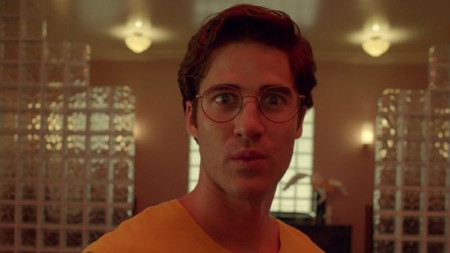 This “us and them” idea feeds the contrast between Versace as a self-made man with purpose and Cunanan as a man who recognizes he has accomplished nothing and has no purpose. This is not enough to explain his motives for killing Versace. A shot of a sore on his leg when he’s on the beach may indicate he thought he had AIDS and had embarked on a campaign to kill rich homosexuals, Versace being the acme of an “out” gay man who has achieved the American Dream. Yet Cunanan’s autopsy revealed he was HIV negative.

The show wanly attempts to explain Cunanan’s makeup. A conversation with the off-on college boyfriend who loves him suggests that Cunanan was molested when he was an altar boy, which may be a factor in his psychopathy. During his imaginary conversation with Versace at the opera, Cunanan—a pathological liar—sneers at the memory of his father running off with one of the male pineapple plantation workers he employed in the Philippines. Imagined or not, his dad’s infidelity with another boy would translate as an Oedipal defeat for Andrew, a hard cross for any young gay man to bear.

The Assassination of Gianni Versace, dependent on flashbacks, is not structurally well-organized. Episode one—which encompasses Versace’s murder and Cunanan’s Lee Harvey Oswald-like flight—sustains interest. Episode two, which begins with Cunanan driving from South Carolina to Miami in a stolen pick-up truck, dissolves into a series of longueurs.

It is enlivened by his budding friendship with an HIV-positive junkie, Ronnie (movingly played by Max Greenfield), and rendered extra-sordid by his menacing of a wealthy old client in a hotel room. Mostly, though, Cunanan mooches around Miami Beach stalking Versace. He first glimpses the designer refusing admittance of a Donatello lookalike—”One Donatella is enough!”—to the mansion. This is the series’ funniest moment; otherwise, it is humorless. The police procedural threaded throughout the miniseries is half-baked, lacking any kind of dynamism.

Against this, the performances are good. Ramirez is a dead ringer for Versace and captures the designer’s mostly understated manner. Ricky Martin is smooth and plausible as Versace’s longtime live-in boyfriend Antonio D’Amico, who shortly before the killing shows Versace that he wants to commit to a monogamous relationship with him instead of bringing home dancers and models for sex. Cruz captures Donatella’s self-dramatizing presence and the ice in her veins, though it is surprising that the producers didn’t give her a black panther—or even two—to lead around on a diamond-encrusted gold chain.

As the protagonist Cunanan, Criss has a hard job making the audience follow a man who suffers delusions of grandeur. It does not help the actor’s cause that he plays Cunanan as someone who simpers, preens, shows off, and commits heinous acts of savage violence. While it would be hard to make Cunahan a progressive gay character, some restraint was called for. It is not a bad performance, but it is a problematic one, since the viewer needs to find—if not a modicum of empathy with this broken soul—a reason to understand him.

Part Three of The Assassination of Gianni Versace airs on the FX Channel at 10pm (EST) on Wednesday, January 31.

Read Culture Trip’s Jill Di Donato on Versace’s Evolution and How to Wear the Brand Today.