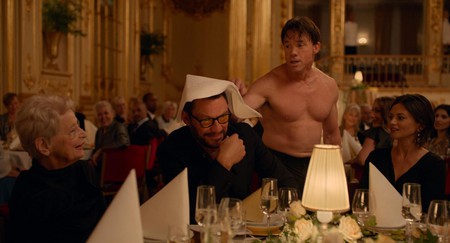 The Swedish writer-director Ruben Östlund was yesterday awarded the Palme d’Or, the Cannes Film Festival’s top prize, for his satirical movie The Square. In the Fade‘sDiane Kruger won as Best Actress. Joaquin Phoenix was named Best Actor for his work in You Were Never Really Here.

The Square is a cringe-provoking contemporary art-world satire that skewers liberal guilt. Östlund, previously best known for Force Majeure, drew inspiration from his experience submitting an art installation to a museum. Claes Bang plays the director of a museum opened in Stockholm’s Royal Palace following the abolition of the monarchy. Desperate to make it successful, he exhibits a provocative installation created by an artist (Dominic West) who intends it to spread an altruistic message.

The Handmaid’s Tale’s Elisabeth Moss plays an American TV journalist who has an affair (and an argument about a condom) with Bang’s character. The American animal-movement expert Terry Notary plays a performance artist who impersonates an ape at a dinner for the museum’s rich patrons and causes them genuine consternation.

The Square has received positive reviews since bowing at the festival, but it is an unexpected winner of the Golden Palm. The hot money had been on Andrey Zvyagintsev’s Loveless and Robin Campillo’s 120 Beats Per Minute.

Loveless, a sinister drama about a Russian child’s disappearance from an imploding marriage, was awarded the Jury Prize. 120 Beats, which tells the story of Paris ACT UP activists redoubling their efforts to fight government and corporate indifference to AIDS treatment in the 1990s, won the Grand Prix. 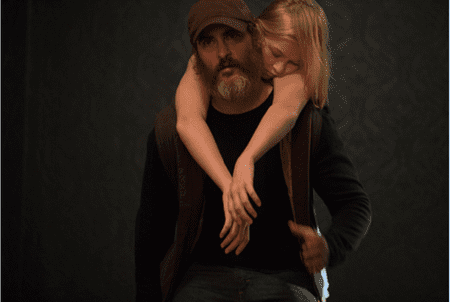 Joaquin Phoenix won the Best Actor award for his portrayal of a tormented private security officer—a war vet turned vigilante—hired to rescue a politician’s teenage daughter from a sex trafficking ring in You Were Never Really Here.

The brutal film’s British writer-director Lynne Ramsay (Morvern Callar), who adapted it from a Jonathan Ames novella, shared the Best Screenplay prize with Yorgos Lanthimos and Efthymis Filippou, the writers of director Lanthimos’s psychological horror thriller The Killing of a Sacred Deer. 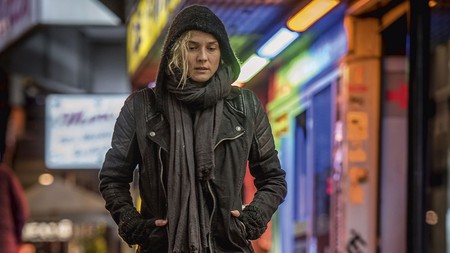 Diane Kruger in In the Fade | © Warner Bros.

Diane Kruger won the Best Actress award for her performance in Fatih Akin’s In the Fade. Kruger plays a Hamburg woman seeking justice for the killing of her Kurdish husband and their son, the victims of a neo-Nazi bomb. Though born in a Lower Saxony village, Kruger had never before acted in a German production.

The Best Director prize was awarded to Sofia Coppola, whose remake of Don Siegel’s Southern gothic Civil War drama The Beguiled has received far from glittering reviews. The French New Wave veteran Agnès Varda and the graffiti artist JR jointly won the Golden Eye documentary prize for their film Faces Places. It is a record of their travels across France interviewing and photographing rural and working-class people.

Actress: Diane Kruger, In the Fade

Screenplay (tie): The Killing of a Sacred Deer, written by Yorgos Lanthimos and Efthymis Filippou; You Were Never Really Here, written byLynne Ramsay

Un Certain Regard Award: A Man of Integrity, directed by Mohammad Rasoulof

Society of Dramatic Authors and Composers Prize (tie): Lover for a Day, directed by Philippe Garrel; Let the Sunshine In, directed by Claire Denis

Visionary Prize: Gabriel and the Mountain, directed by Fellipe Barbosa

Directors’ Fortnight: The Nothing Factory, directed by Pedro Pinho