Albert Podell's World Tour To Every Country In 50 Years

Former Playboy editor, lawyer, and author Albert Podell has achieved two goals that others led him to believe was impossible: he’s set the record for the longest automobile journey and has visited every country in the world. During the course of his travels, Podell survived riots, civil wars, and trigger-happy child soldiers, venturing around, through, and under every kind of natural disaster. Read on to find out more about his journey. 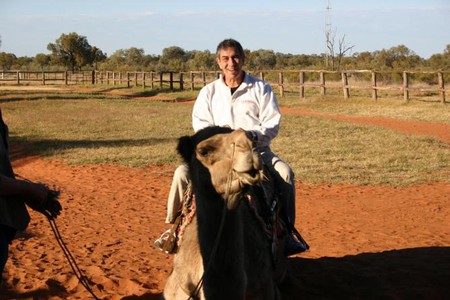 Podell was struck by wanderlust at an early age and began collecting postage stamps from around the world at six years old. He decided early on that he wanted to see the lands where all the objects, people, and places depicted on the stamps came from. He was raised in a poor family, which couldn’t afford to travel and resolved early on that there was more to life than hanging around in one city forever. His travels began in 1962, when he served in the army reserve, venturing to Ottawa with his crew members.

At the age of 28, Podell led an exhibition around the world to set the record for the longest, direct, non-repetitive automobile journey ever made. This adventure then lead to Podell writing his first book – Who Needs a Road? The Story of the Longest and Last Motor Journey Around the World. When he moved into middle-age, Podell realised that he’d already visited 90 countries. At that point he decided to undertake one more grand and glorious adventure: to visit every country in the world. His expedition took him to the farthest corners of the globe, allowing him to meet some of the world’s most colourful characters along the way. His new friends include a flamboyant camel rider, a voodoo priest, and a deaf and mute Japanese badminton Olympian.

Podell’s adventures have provided him with a vast array of compelling stories to tell. At one point, Podell found himself unable to prove to the Cuban secret police that he was not CIA, and at another point he was imprisoned in Baghdad after a con artist pretended he had hit him with a Land Cruiser. He was pick-pocketed in Tunis, robbed in Algiers, attacked by flying crabs in Algeria, and nearly drowned in Costa Rica. With an accommodation budget of around £7 per night, Podell found himself resting his head in some unorthodox locations, rolling out his sleeping bag in the jungle, on roadsides, glaciers, desert dugouts, and airport floors. Podell struggled to acquire visas for some of the countries he visited. It took five years to be granted access to Goa, and because Saudi Arabia doesn’t offer tourist visas, Podell had to enter as part of an archaeological team. 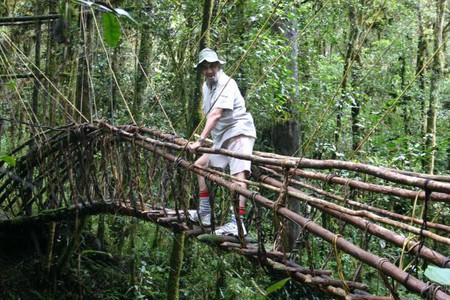 Traveling between countries demanded that he took some unexpected modes of transport. He hitched rides in ancient airplanes and on overloaded foreign ferries. He rode in taxis driven by children and rode on pole-pushed canoes loaded with 40 people and 20 sheep. Podell reckons that he’s taken every form of transport apart from an ambulance, thankfully.

Along with different forms of transport, Podell has also eaten some unexpected items during his travels, from ants to dung beetles, iguana to guinea pig. Among the unappealing culinary offerings was a particularly unforgettable meal in Hong Kong – the pulsating brain of a monkey. 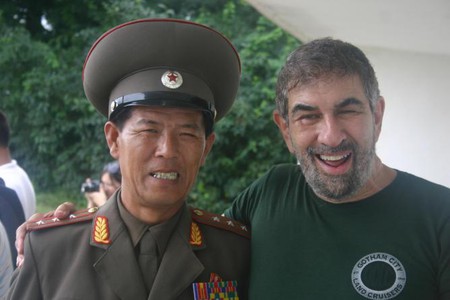 Podell’s taken some valuable life lessons from his epic trip, especially after witnessing great economic inequality between rich and poor nations, as well as the extreme wealth gap within individual countries. He found that wherever you are in the world, people always share a love for their families and children, as well as an innate desire to be happy and to live in peace. Podell experienced a reality check when he met people attempting to live off less than two dollars a day, struggling to provide shelter, food, clothing, and medical care for themselves. One of the most surprising discoveries that Podell made, however, was that people in less developed countries seemed to be far more able to get along and live in peace than the citizens of rich countries. 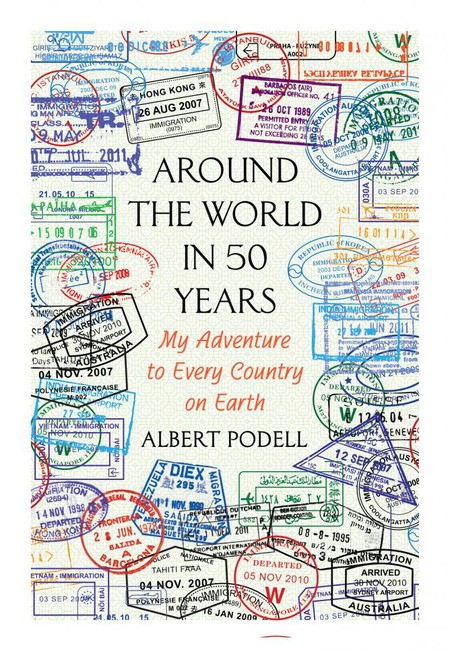 Around The World in 50 Years | © Albert Podell

Podell’s Around the World in 50 Years – My Adventure to Every Country on Earth documents the tales and anecdotes from his glorious adventure. Podell describes his book as ‘A remarkable and meaningful tale of quiet courage, dogged persistence, undying determination, and the author’s uncanny ability to extricate himself from one perilous situation after another – and return with some of the most memorable, frightening, and hilarious adventures you have ever read.’ Podell hopes that his book entertains and frightens the readers, makes them think, and impels them to get out and see the world.