What Disney Got Right About the Future of Transportation 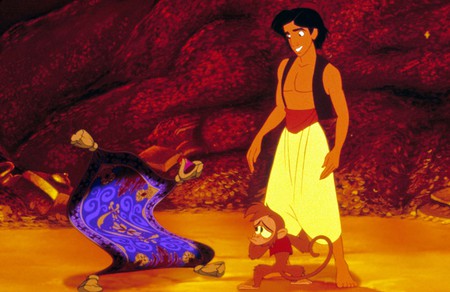 In 1958 Walt Disney released a short film envisioning the future of transportation called the Magic Highway. Almost 50 years later, the picture of global megacities connected by a network of transcontinental superhighways has proved prophetic. Here’s what Disney got right and where Magic Highway missed the mark.

Mass market semi-autonomous vehicles – those with lane and parking assist – have already been on the roads for sometime. Silicon Valley juggernauts, such as Google and Apple, say we’re closer than ever to seeing autonomous vehicles on the road and it’s now possible to order a self-driving Uber in multiple American cities.

Own a supercar and can’t bare to be apart from your prized wheels? Luxury apartments in Singapore come equipped with automated multi-storey car parks that deliver the vehicle to your floor and park it just outside your window. Industrial versions of this technology are already in operation at major car manufacturing plants.

San Francisco to L.A. in 35 minutes might sound like a pipe dream but that’s exactly what serial entrepreneur and Tesla founder Elon Musk is promising with Hyperloop. Using reduced-pressure tubes that can accelerate passengers up to speeds exceeding 700 mph, commuting hundreds of miles in a matter of minutes will soon become a reality.

While the contraption below might look fantastical, its not dissimilar from the robots 3D-printing new architecture in cities around the world. Take MX3D for example, a Dutch company that in 2017 will leave a team of robotic arms to construct a steel bridge connecting two sides of a canal in Amsterdam.

Designers are constantly coming up with solutions to lighting up our infrastructure without the need for electricity. There’s already a stretch of highway in the Netherlands made visible using luminescent paint that charges during the day and glows at night, and researchers in North America are hard at work creating a phosphorescent cement.

And some he didn’t get right…

A nice idea but one which never materialised. Modern GPS systems mean that drivers hardly ever get lost even when travelling huge distances. Wherever the destination, millions of people around the world simply follow the little arrow on their screen to get there.

This goes for anything that isn’t firmly connected to the ground by a set of rubber wheels. Dubai’s Roads and Transport Authority has started testing driverless, flying cars, but there is still a long way to go until we see airborne automobiles en masse.