20 Books You Should Read in Your Twenties 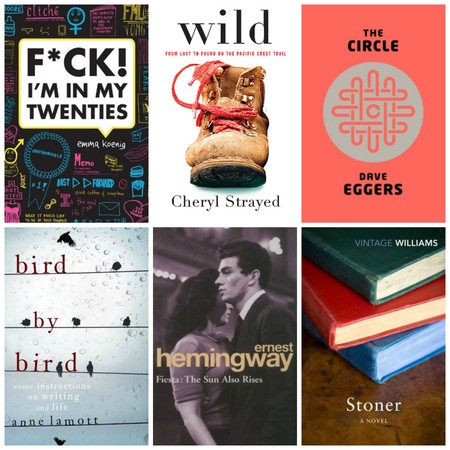 Though not perhaps as much of a second adolescence as they’re advertised, your twenties do tend to provide fuel for hilarious sketches and Venn diagrams. Whether yours are (or were?) fascinating, exhilarating, excruciating, or simply cliché, you may wish to turn to these 20 books for guidance. Because asking your parents wouldn’t exactly count as “adulting.”

The Defining Decade: Why Your Twenties Matter – And How to Make the Most of Them Now by Meg Jay

We’ve all heard some version of why our twenties are a throwaway decade in which nothing is obligatory and everything is possible. Clinical psychologist Meg Jay is here to say it ain’t so. The Defining Decade is a sobering kick in the pants for twenty-somethings putting their life on hold and an essential guide on how to turn them into the years that will get you where you want to be. 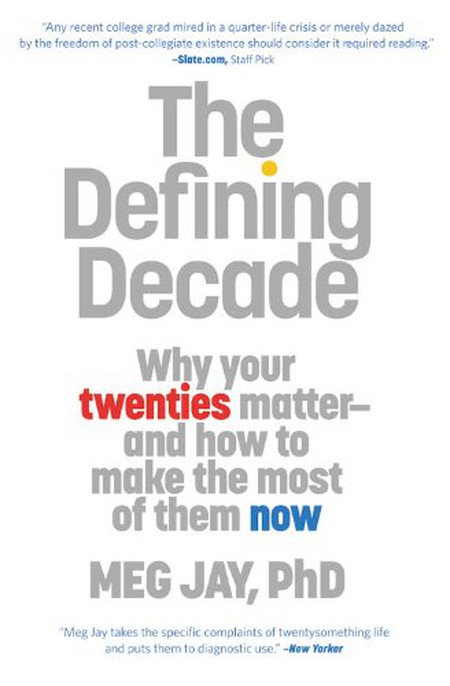 F*ck! I’m in My Twenties by Emma Koenig

One such twenty-something staring sudden adulthood in the face is Emma Koenig. How does she cope? Composing a booklet of hilarious and painfully accurate illustrations, checklists and Venn diagrams that will make your peers turn every page with increasing incredulity at the self-recognition is not a bad start. “I’m volunteering at a Tamagotchi Pet Shelter,” is clearly the best answer anyone could give when asked why they’re not living “the dream” yet. 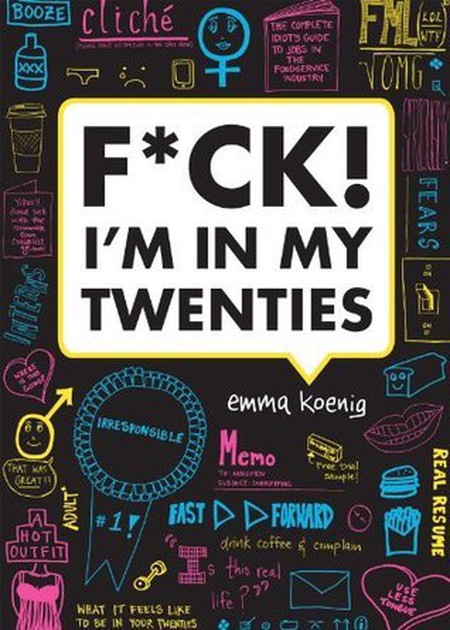 Record store owner Rob might be in his mid-thirties instead of his twenties, but his love life’s arrested development is timeless. Nick Hornby’s mid-nineties debut novel, and the male perspective romantic comedy it sprouted, remain a touchstone for the unmarried twenty-something… even if Tinder was back then still light years away. 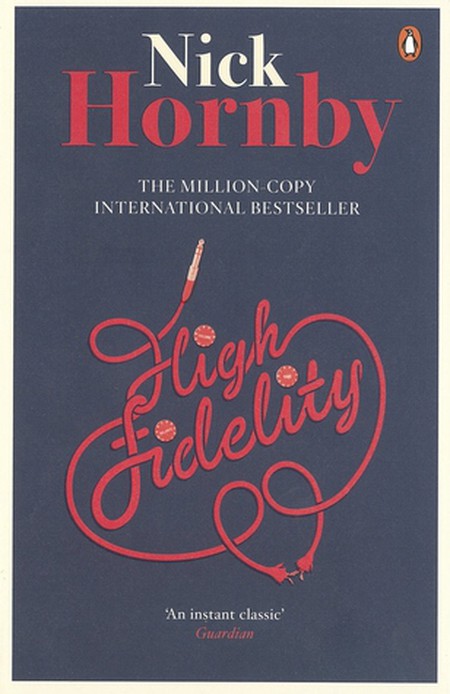 In 2012 Cheryl Strayed revealed she was Sugar, the frank and wise advice columnist drawing a loyal following to The Rumpus Web site every week. Her collection of columns Tiny Beautiful Things is a twenty-something’s bible: a book you’ll want to keep in the car for whenever you’re faced with life’s biggest quandaries. A deluge of “sweet peas” and “huneybuns” aside, Strayed employs radical honesty and full-hearted openness about her personal experiences to help you deal with the rough patches ahead. 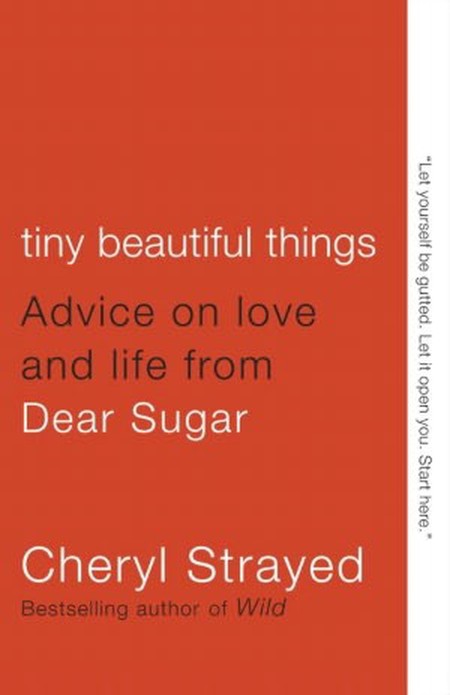 Sugar also was – and is – Cheryl Strayed, the memoirist who’d sent droves of women up the Pacific Crest Trail to reflect on their lives after reading Wild. Skyrocketing sales of hiking boots in the tiny town of Campo, California are a testament to the inspirational power of Strayed’s healing journey. Read it for the revelations, even if you’re not planning on strapping on weather-beaten boots anytime soon. 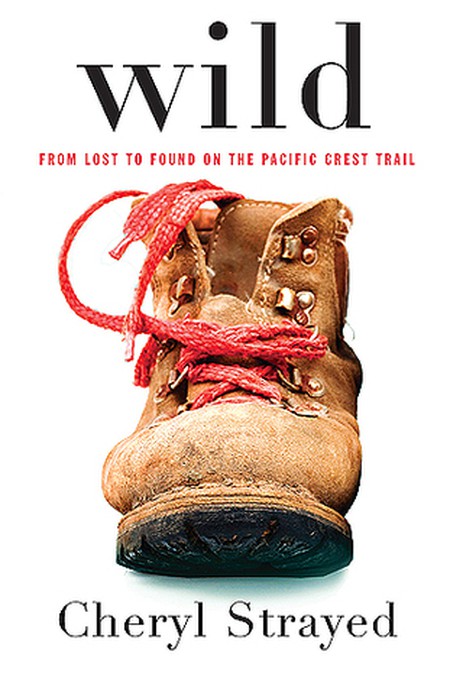 The Circle by Dave Eggers

Most of us are intimately aware of the advantages and disadvantages of Facebook, Instagram and the like. In his riveting 2013 novel The Circle, Dave Eggers paints a less-than-rosy picture of what our collective obsession with likes could one day turn into. Hint: it’s not exactly positive… at all. 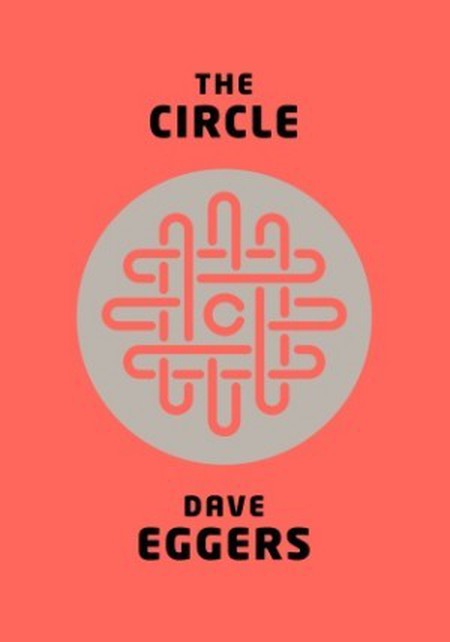 Bird by Bird: Some Instructions on Writing and Life by Anne Lamott

There’s a long road ahead, and mulling over how in god’s name you’re supposed to go through it all could prompt a “crippling wave of existential dread” to kick in, something only the most cocky twenty-somethings aren’t familiar with. Long-time editor Anne Lamott recommends taking it “bird by bird,” or one step at a time, both in writing and in the general business of being human. 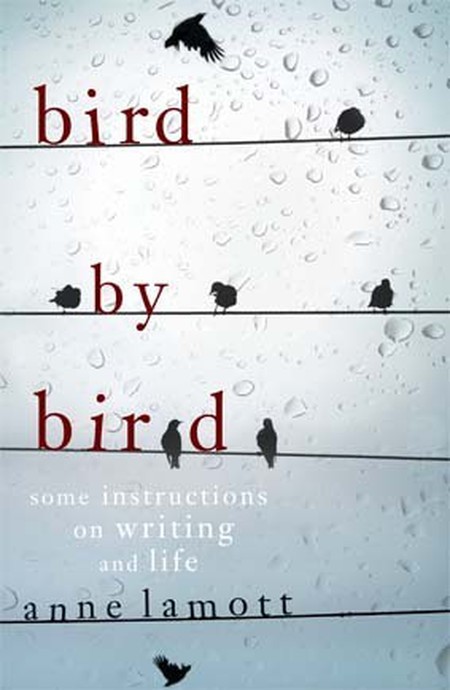 Yes, we’re being serious. Honestly: it’s the series that made a generation of twenty-somethings into the readers they are today. If you’re one of those rare muggles who have been scratching their head at that word for years, it’s time to hop to it. 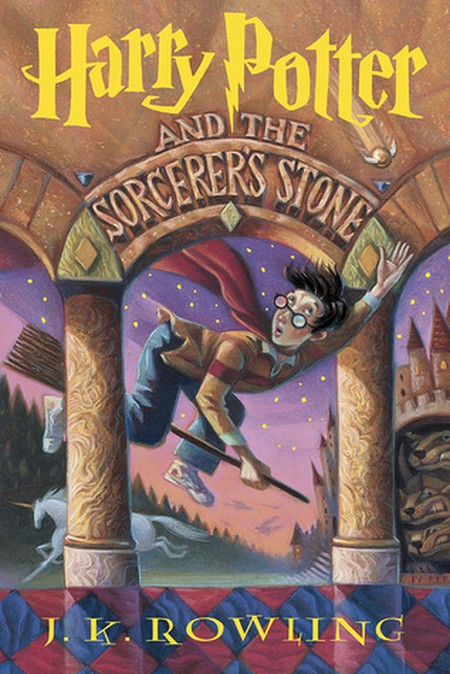 Harry Potter and the Sorcerer's Stone | © Arthur A. Levine Books

“Now in his middle age he began to know that it was neither a state of grace nor an illusion; he saw it as a human act of becoming, a condition that was invented and modified moment by moment and day by day, by the will and the intelligence and the heart.” Or so John Williams’ Stoner, half a century after it was first published, became a bestseller by letting younglings know that love is an act, rather than a privileged state of being. 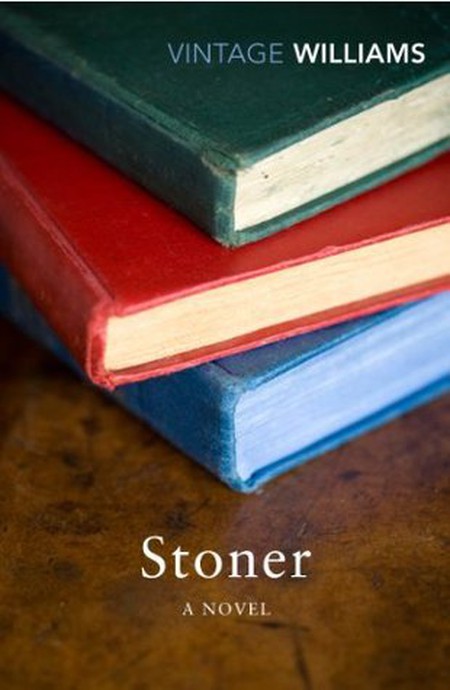 If you’re an introverted twenty-something – there’s a handy quiz in the beginning of the book if you’re not sure – Quiet: The Power of Introverts in a World that Can’t Stop Talking is required reading. With scientific arguments and a steady hand, Susan Cain swims upstream to point out how your natural inclination towards seriousness and quiet creativity can lead you to be more valuable than the loudest person in the room. 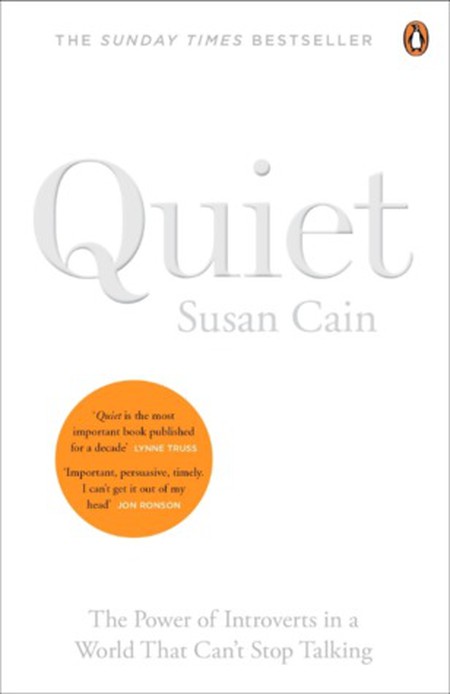 This is Water by David Foster Wallace

Written on the occasion of the only commencement speech he ever gave, David Foster Wallace’s This is Water makes crystal clear that the most important decision we all make is how to think about our world. And wouldn’t it be wonderful if we could all make it a conscious one. 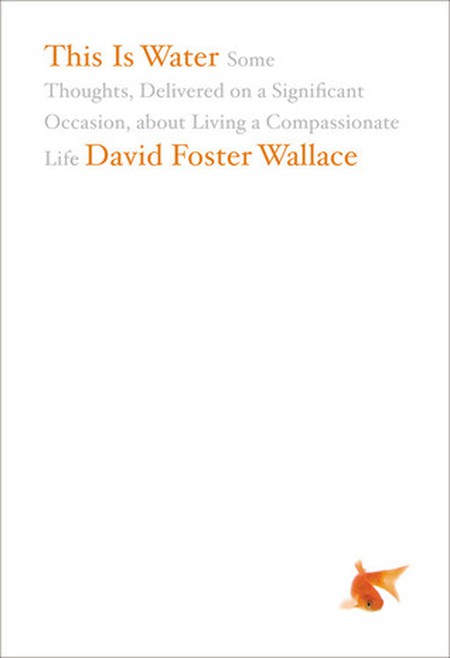 This Is Water | © Little, Brown and Company

Not so much concerned with plot but all the more with mood and character, Jack Kerouac’s On the Road has become the most famed example of the Beat Generation’s literary style. Over four extended journeys, Kerouac’s alter-ego Sal goes on the nomadic soul-search every ticklish person in their twenties contemplates at one point or other, whether or not that includes psychedelic trips to the Mexican desert. 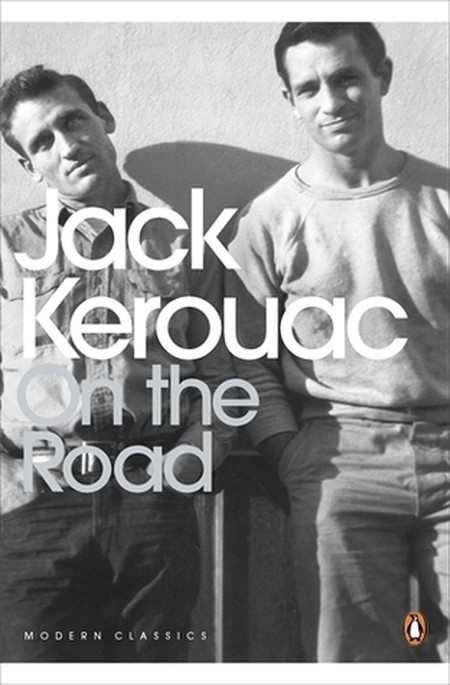 On the Road | © Penguin Books

In the same camp of the Lost Boy travel narrative we find Ernest Hemingway’s The Sun Also Rises. Published in 1926 and fiercely emblematic of the roaring twenties, the roman à clef follows the exploits of wounded war vet Jake Barnes and his group of American and British expat friends in Paris and Spain. 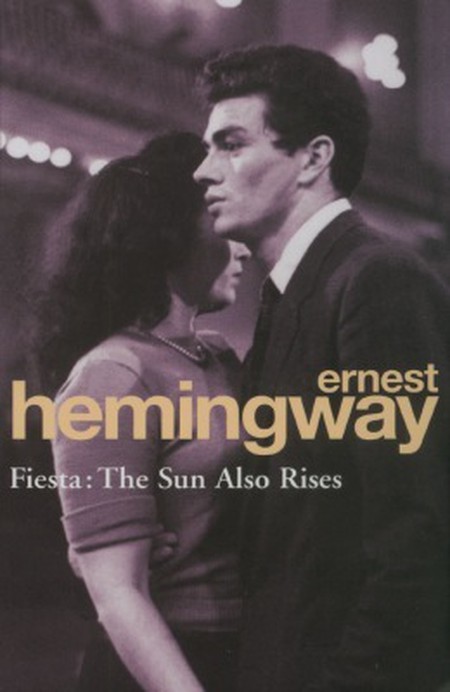 Hyperbole and a Half by Allie Brosh

Allie Brosh’s cartoon-illustrated memoir is about as witty, chaotic and honest as its full title suggests – Hyperbole and a Half: Unfortunate Situations, Flawed Coping Mechanisms, Mayhem, and Other Things That Happened. Inspired by the writer’s Paint-rich blog, it’s a read you can easily finish in one sitting and start riffling back through, not just for the laughs and the poorly drawn figures, but for the surprisingly poignant passages on depression. 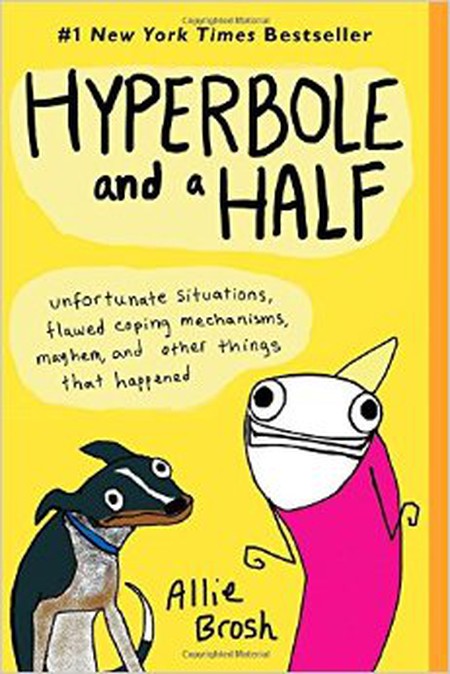 Hyperbole and a Half | © Touchstone

The Sense of an Ending by Julian Barnes

Memory is a tricky thing, as the retired Tony Webster is forced to concede when the appearance of an old friend’s diary shakes his sense of self to the core. Low-key yet suspenseful, the Man Booker-awarded The Sense of an Ending impresses upon us the feeling that by our sixties, the story of our life might not be quite the one we tell ourselves near the end. Better start taking notes now. 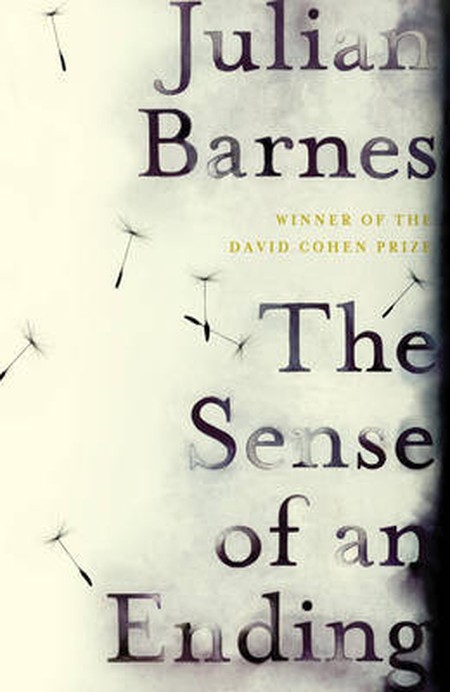 The Sense of an Ending | © Jonathan Cape

How’s Your Drink? Cocktails, Culture and the Art of Drinking Well by Eric Felten

Because if you’re going to make it through your first grown-up decade, you better get into its upsides as well. Eric Felten mixes up essential cocktail recipes with exciting historic tidbits about booze — did you know that Teddy Roosevelt enjoyed the occasional fresh mint julep? 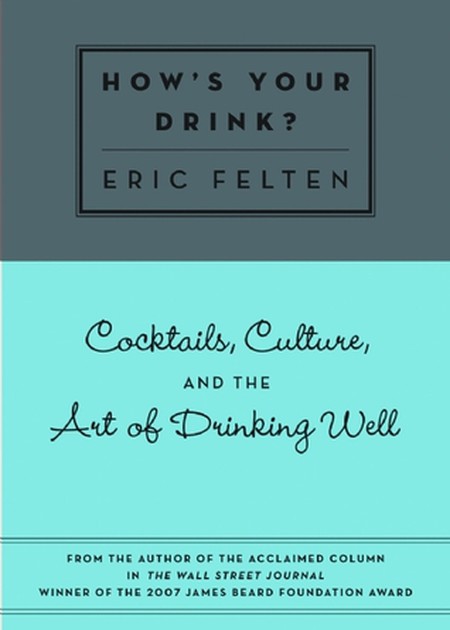 Lean in for Graduates by Cheryl Sandberg

If there’s ever a time to learn how to lean in at work Cheryl Sandberg-style, it’s in your early and mid-twenties. A year after she published the book that sparked a national dialogue about how women can get ahead in the workplace, the Facebook COO came back with Lean in for Graduates—six extra chapters by experts and a revised text detailing how to get that first job, how to negotiate your salary, and how to listen to your inner voice at the office. 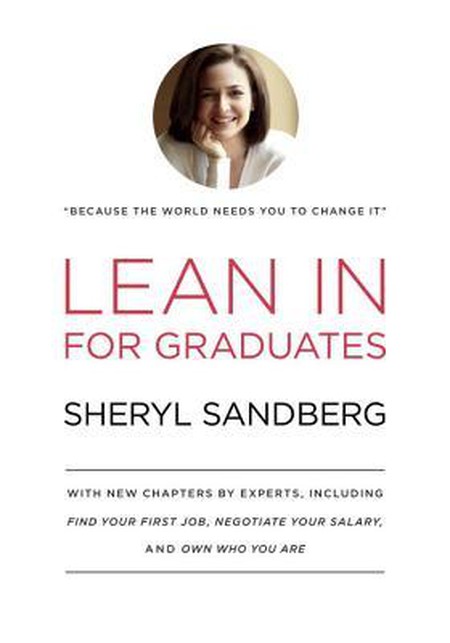 Lean In for Graduates | © Knopf

The Secret History by Donna Tartt

One to read in college or when those years of expanding views still come fresh to mind, Donna Tartt’s The Secret History combines the best of the murder mystery and the campus novel. Pervaded with Greek myths, philosophy, and classic linguistics in both content and form, Tartt takes her readers into the bubble of an elite clique of young intellectuals about to take their Hellenophilia a tad too far. 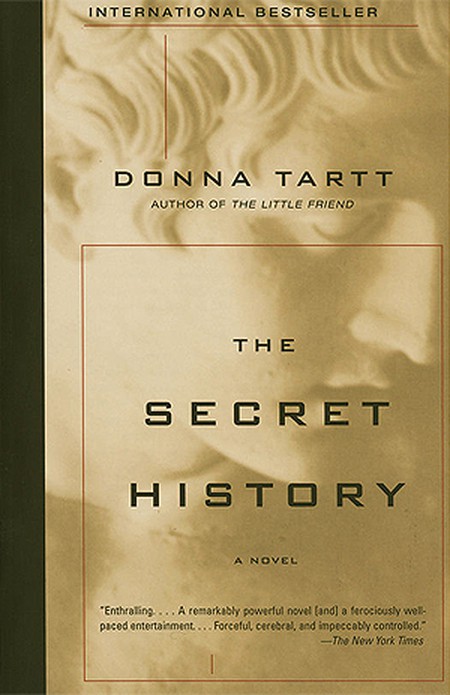 Birds of America by Lorrie Moore

In Birds of America, Lorrie Moore offers the reader vignettes of domesticated lives caught up in crisis. Stringing together twelve short stories with sharp-witted female protagonists, Moore has been a guiding light for aspiring young writers since the 90s. People Like That Are the Only People Here is an especially heart-wrenching, meta-hammer of a story. 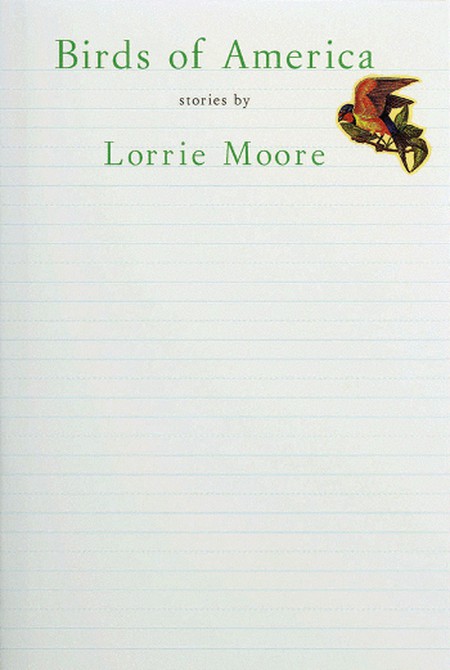 Letters to a Young Contrarian by Christopher Hitchens

Who better to talk to young nonconformists about their purpose than literary contrarian granddaddy Christopher Hitchens. Written as a response to a challenge from his New School students, the outspoken essayist uses Letters to a Young Contrarian to delve into behaviors that all mavericks could stand to adopt. Consider seeking “argument and disputation for their own sake; the grave will supply plenty of time for silence.” 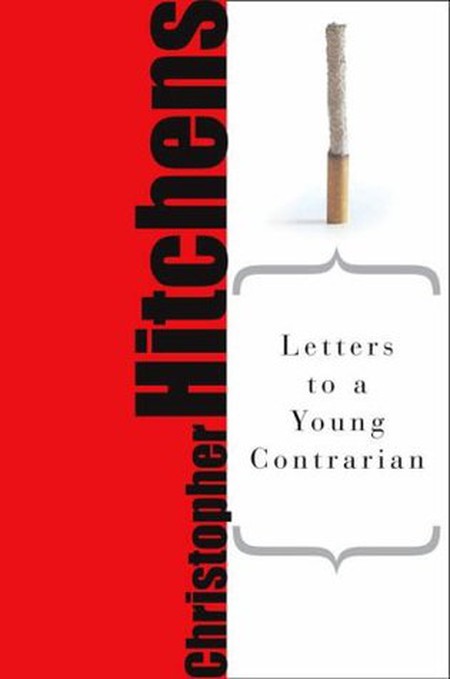 Letters to a Young Contrarion | © Knopf
Give us feedback