Jeanne Moreau’s death on July 31 set a seal on a transitional period for European womanhood. Twenty-one years old when Simone de Beauvoir’s The Second Sex was published in 1949, Moreau proceeded to live on-screen the kind of independent life the author believed modern women ought to live. No one can deny she did it tempestuously—but what a legacy she left.

Moreau’s sister in embattlement and antagonism is Davis. Both could be bullies, both could be scathing and destructive. But the societies (and social restraints) against which each star’s ravenous femininity chafed were radically different.

Davis’s terrain was that of the Hollywood melodrama—the pre-liberated woman’s picture, which set the goals of a career, marriage, and survival. 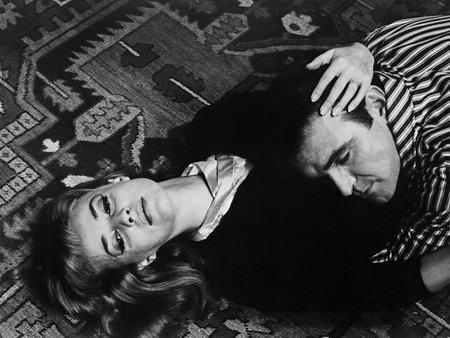 The French being French, they made films that celebrated women’s sexuality. The exploitation of the very willing Brigitte Bardot found a powerful antidote in Moreau. Her persona was harsh, sullen, lusty, earthy, sybaritic, voracious. In Joseph Losey’s Eva and François Truffaut’s Jules et Jim, she was emasculating. The courtesan she played in Eva is monstrous. 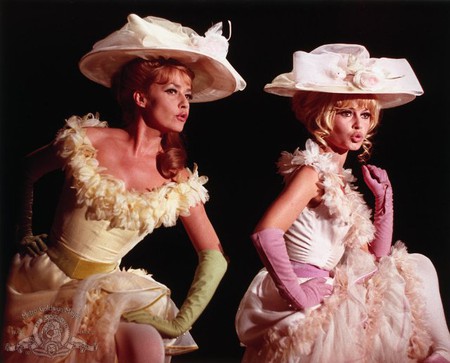 Taking their pleasures on the run, Moreau’s characters were creations of social flux, which is why so many of her key films have a tragic or fatalistic lilt. They did not always reward her characters for acting on their passions, hungers, and material desires. Hers is an uneasy body of work, but it speaks truth to love especially, so would we have it any other way? Thank you, Mme. Moreau, for everything.

Louis Malle cast Moreau as the murderous adulteress Florence in the foreboding Elevator to the Gallows after he saw her on stage in Cat on a Hot Tin Roof.

Moreau in Elevator to the Gallows | © Janus Films

Malle’s Les Amants, which was acquitted on an obscenity charge when it was shown in Ohio, stars Moreau as a woman who discards her preoccupied husband and polo-playing lover for an attentive younger man. 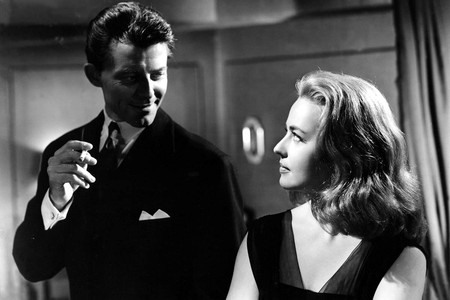 In Peter Brook’s Moderato Cantabile (aka Seven Days… Seven Nights), based on a Marguerite Duras novel, Moreau portrays a rich, bored, and unstable woman who becomes involved with a fellow witness (Belmondo) to a murder. 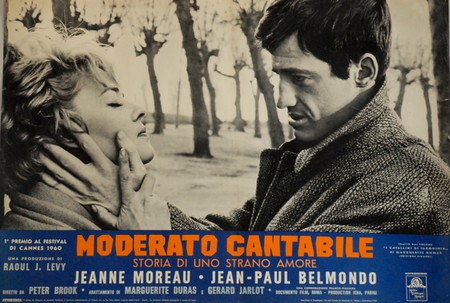 Michelangelo Antonioni’s La Notte stars Moreau as Lidia, who is alienated from her successful author husband (Marcello Mastroianni) and tormented by the imminent death of a former admirer friendly with them both. Monica Vitti plays a woman briefly tempted by Mastroianni’s character. 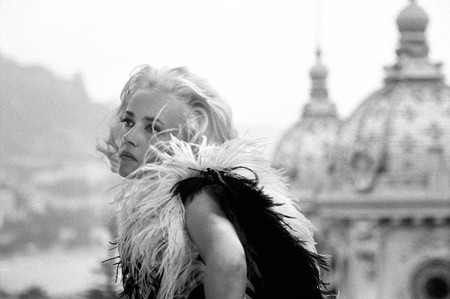 In Orson Welles’s The Trial, based on the Kafka novel, Moreau is magnetic as Fraülein Bürstner, the seductive neighbor of Anthony Perkins’s Josef K. 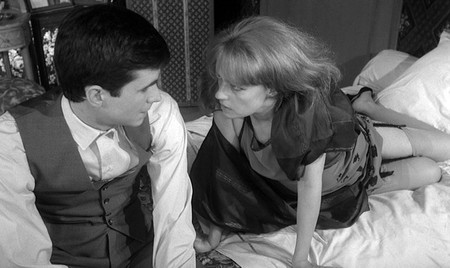 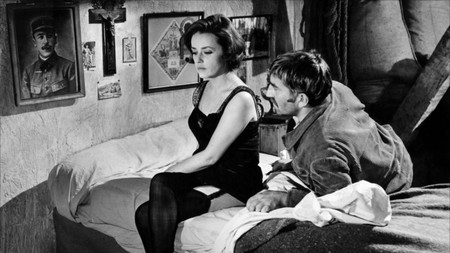 Moreau and Georges Géret in Diary of a Chambermaid | © Rialto Pictures 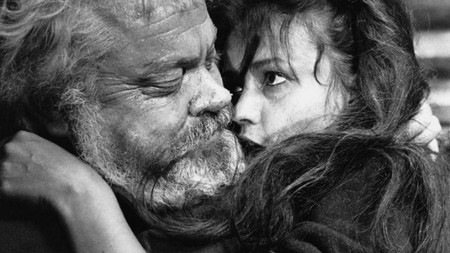 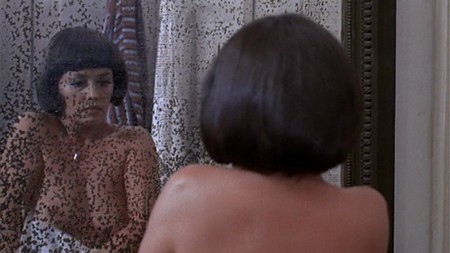 Moreau plays Virginie Ducrot, a woman in Macao seeking revenge on the dying merchant (Orson Welles) who ruined her father, in Welles’s The Immortal Story.

The character Moreau plays in Marguerite’s minimalist drama Nathalie Granger (1972) receives a phone call and says to the wrong-caller, “There is no telephone here, madame.” 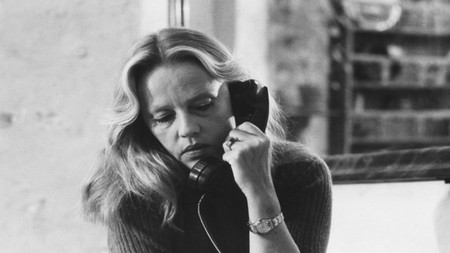 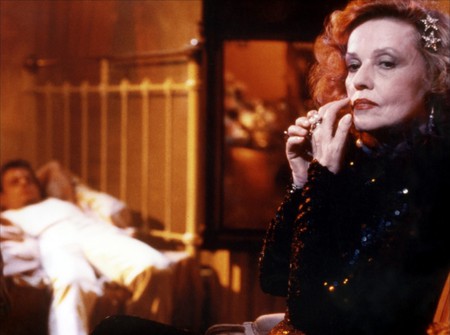 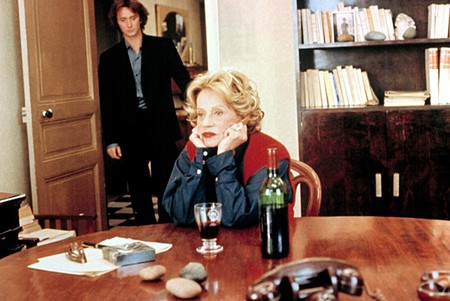