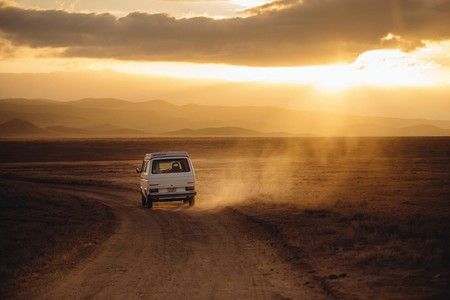 Travel means different things to different people. Whether it be a journey of self-discovery, the desire to escape the rat race and live a life of isolation, or coming to terms with the death of a loved one, we all yearn to explore the world for our own personal reasons. Read on to discover 15 films that will help you redefine what it means to travel.

A grad student from a top university gives away everything he owns to travel America and go “Into the Wild”. Upon reaching his final destination of Alaska, he discovers that living in isolation is not all its cracked up to be and that, “happiness is only real when shared”. This touching tale based on a true story will leave you questioning the shortcomings of modern society and with a new found respect for the natural world.

A young backpacker in Thailand finds himself in possession of a strange map with directions to a secret beach rumored to be paradise on earth. But as it turns out, even the most picturesque places hold their own dark secrets. This classic backpacker film teaches us that paradise only exists within the realms of fantasy.

A father travels to Spain to recover the body of his son who died while trekking the 500 mile (800 km) Camino de Santiago. Deeply moved by the ordeal, he decides to undertake the grueling trek himself as a tribute to his lost child. The Way shows us how meaningful journeys can help us come to terms with our grief.

Based on the memoirs of Cuban revolutionary leader Che Guevara, the film follows his travels through South America where he comes face to face with extreme poverty for the first time. The experience shapes his views forever and later motivates him to become one of the world’s most renowned political activists. The film shows us how experiencing poverty first-hand can lead us to feel more sympathetic to the struggles of the developing world.

The moving story of a writer who embarks on the 1,100 mile (1,770 km) Pacific Crest Trail to try to get over a divorce and the loss of her mother. The difficult trek sees her face extreme hardship which puts her mental fortitude to the highest test. Finally triumphant after 94 gruelling days, she has a renewed sense of optimism about her future. The film shows us how extended periods of time in the wilderness can be a life-changing experience.

Two terminally ill men run away from a cancer ward and set out to do all the things they have always wanted to do before they die, from skydiving to traveling. The film spawned a famous pop culture catchphrase, encouraging us to live life to the fullest before we kick the bucket. What’s on your bucket list?

A cult classic and pivotal part of the 1960s counterculture movement. Two bikers head off on a journey from Mexico to Los Angeles and New Orleans in search of the real America, bumping into some interesting characters along the way. The film makes us question what the “real America” is, eventually concluding that it doesn’t exist.

A woman embarks on a round the world trip to get over a messy divorce and learn more about herself as a person. She eats in Italy, prays in India and loves in Indonesia, eventually managing to “find herself” along the way. Eat Pray Love demonstrates how long term travel can be the ultimate journey of self discovery.

A chance meeting between two travelers in Tokyo sees the formation of a new friendship based on figuring out the nuances of this bewildering Japanese metropolis. The films reminds us just how odd and memorable traveling in a strange land can be.

At the onset of World War II, a English woman inherits a huge Australian ranch and must go on a journey with a burly local stock-man in order to protect her new asset. This epic blockbuster uses the stunning backdrop of outback Australia to show how love can be found in the most unexpected places.

One year after the death of their father, three brothers take a train trip across India in the hopes of strengthening their brotherly bond. Passing many of India’s most spectacular sights along the way, The Darjeeling Limited teaches us that travel can be the ultimate tool for healing wounded relationships.

At risk of losing his corporate job, a man embarks on a global mission to retrieve a lost negative print in order to save his career and simultaneously win the heart of his new love interest. The film relates especially well to those of us who who dream of ditching the 9-5 in favor of a lifetime on the road.

Based on true events, Tracks tells the story of a gutsy woman decides to travel 1,700 miles (2,735 km) on foot across the Australian outback with only some camels and a dog for company. She encounters a little more than aboriginal elders, a National Geographic photographer and some gawking tourists along the way. It’s another inspiring hiking story that offers a different perspective on what it means to travel.

After a tough break up, a high school graduate decides to visit Europe to conquer a girl and invites his buddies to come along with him. The gang find themselves in all sorts of outrageous and hilarious situations that span the entire continent, showcasing the fun and carefree side of traveling Europe as a young adult.

The ultimate friendship/road trip movie, a waitress and a housewife decide to hit the road one day and spontaneously take off in a 1966 Ford Thunderbird. After an unfortunate series of events, they find themselves on the wrong side of the law and become outlaws on the run. The film teaches us how travel can be about friendship, above all else.