The Hidden Messages in World-Famous Logos

Did you know some of the most famous company logos in the world hold a secret message? That’s right, you may have seen them a million times, but some are so well integrated your eyes pass straight over. To help you unravel their mysteries, we’ve highlighted some of the best-known logos with a hidden message. 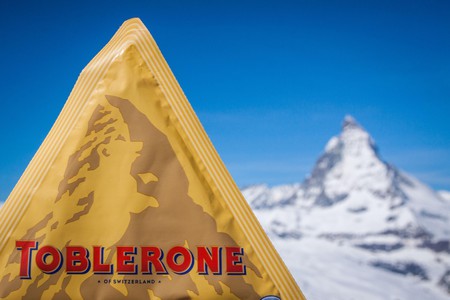 Can you see the bear? | © FORRAY Didier / Alamy Stock Photo

Hidden within the Toblerone logo is the image of a bear standing on its hind legs. Don’t see it? Take a close look at the mountain. The bear is associated with Bern, Switzerland, where Emil Baumann and Theodor Tobler created the company in 1908. The word “Bern” is also hidden within “Toblerone”. 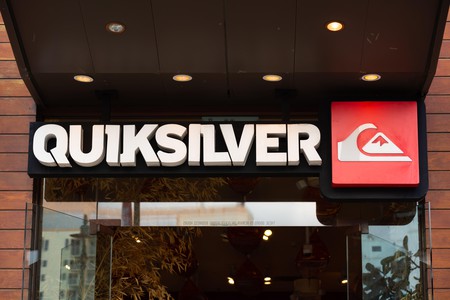 The Quiksilver logo is based on the 19th-century woodblock print The Great Wave off Kanagawa by Hokusai. The artwork hides Mount Fuji in the background, set within the crest of the wave, and it’s that exact imagery the Quiksilver logo simplifies and depicts. 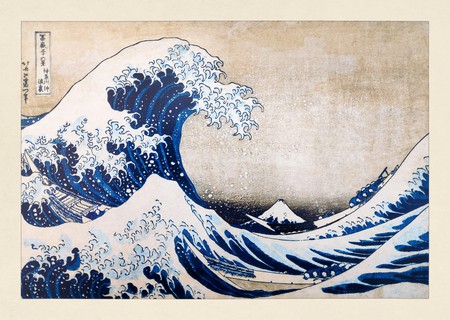 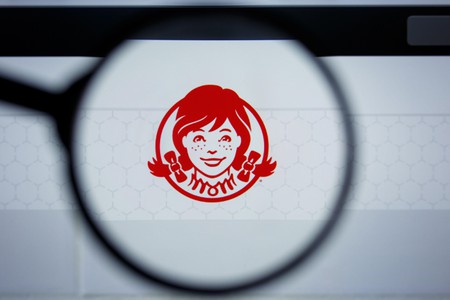 When Wendy’s logo was refreshed in 2013, it appears the word “Mom” was added | © Ilnur Khisamutdinov / Alamy Stock Photo

Wendy’s may be fast food, but it’s also comfort food. Founded in 1969 by Dave Thomas, the company was named after his daughter, Wendy. However, if you look closely at Wendy’s collar, it spells out the word “Mom.” You may have never noticed it, but perhaps your subconscious did. Wendy’s is supposed to have a more homely feel than the other fast-food giants out there – a message that’s obvious in the logo. 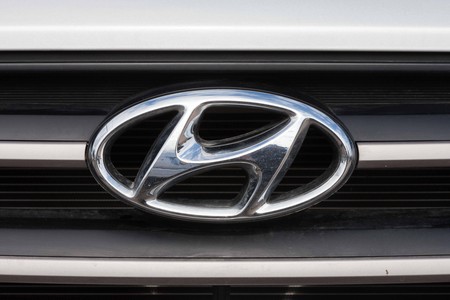 The Hyundai logo may look like an H, but it has a deeper meaning | © StockStudio / Alamy Stock Photo

The logo of the South Korean auto company Hyundai holds the abstract image of two men shaking hands. According to the company website, “The Hyundai logo may look like the first letter of our name, but it also symbolizes two people – the company and customer – shaking hands.” 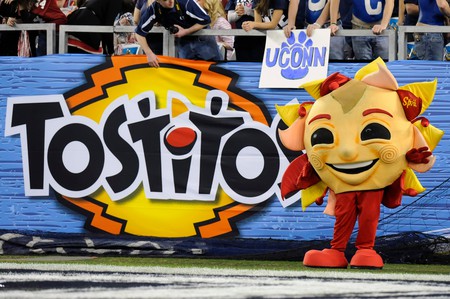 The hidden message here is a bit harder to spot than the rest, but it’s undeniable. The two Ts in the middle of the logo resemble two people enjoying Tostitos over a bowl of salsa, the latter of which is in red and forms the dot in the “i”. 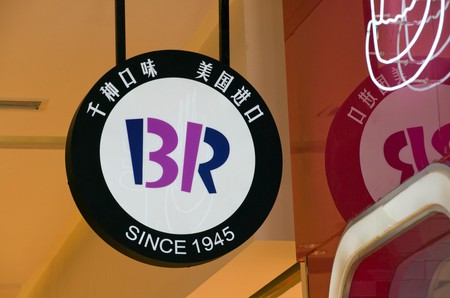 Revamped in 2005, the Baskin-Robbins logo has the number “31” hidden in the design. The ice-cream company is known for having 31 flavors, and the number is a part of the “B” and “R” letters shown in pink. 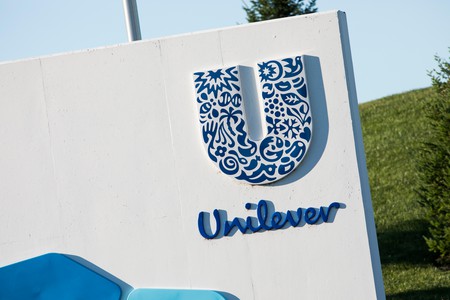 The Unilever logo was designed to include a little bit of everything. The British company added “a spoon, an ice cream, a jar, a tea leaf, a hand and much more” in the logo design, reflecting the essence of the brand. According to the company website, each part of the “U” has a unique meaning and is a visual expression of “making sustainable living commonplace”. 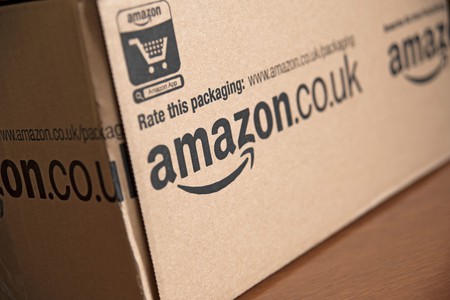 We can see the Amazon logo contains a smile, but what doesn’t register easily is the arrow pointing from “a” to “z”, meaning the online giant carries most products under the sun. 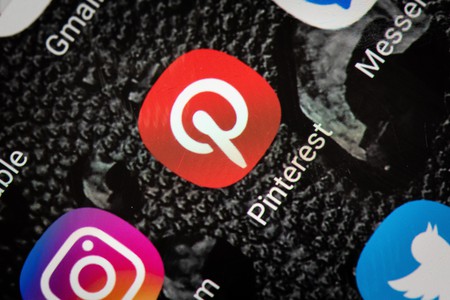 Perhaps it’s pretty obvious, but the Pinterest logo (the “P” within the circle) resembles a pin. 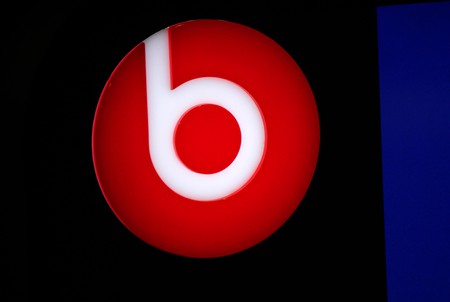 If you add a smile on the bottom left-hand side of the red circle, this logo becomes an image of a person, in profile, wearing Beats headphones. 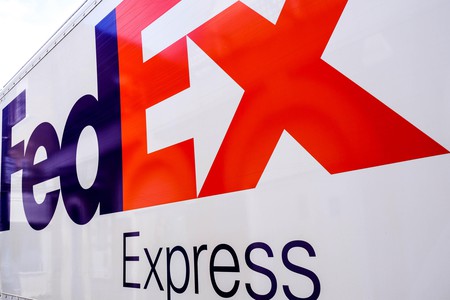 Perhaps one of the least obvious (or most obvious, depending on your perception), the FedEx logo contains an arrow in it, signifying that the company is always on the go. Graphic designers seamlessly incorporated this arrow between the “E” and the “X” resulting in a brilliant design. 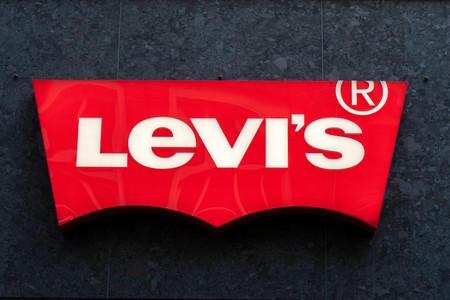 The Batwing design of the Levi’s logo was introduced in 1967. The bottom portion – as any 501 aficionado will tell you – resembles the design on the back pocket of the jeans. 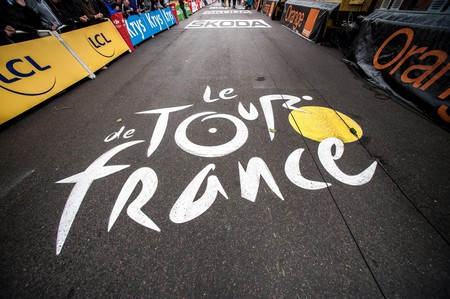 Hidden within the Le Tour de France logo is the image of a person cycling. Don’t see it? Look closely at the letters “our” and the yellow dot. 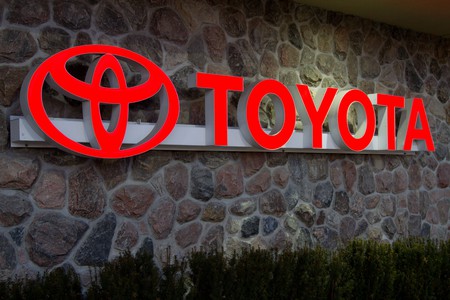 Every letter within the word “Toyota” is hidden within the logo of the car maker. The “T” is in the centre, while the “O” is the outer ring. The “Y” is also in the centre rings, and the “A” is in the middle.
For the histories and meanings behind some of the most recognisable brands, check out this story.