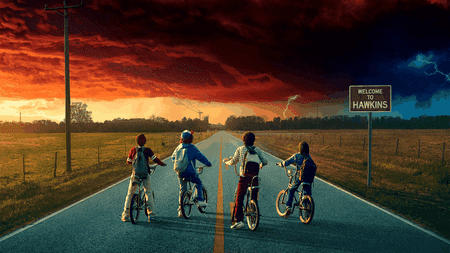 Matt and Ross Duffer’s wildly successful Netflix series Stranger Things draws unashamedly from a trove of classic sci-fi and supernatural movies from the 1970s and 1980s. This giddy pastiche-ing makes Stephen King and Steven Spielberg the virtual patron saints of the show, season 2 of which comes out on October 27. 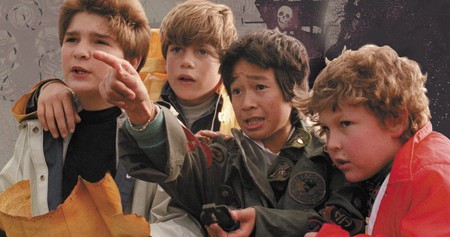 Stranger Things’ schoolboy gang set-up and the small-town mystery-adventure ambience come directly from The Goonies, which Chris Columbus based on a Steven Spielberg story and Richard Donner directed; there are direct correlations between Mike and foodie Dustin in Stranger Things and Mike and overweight Chunk in Goonies. The latter film’s ghostly pirate aura, drawn from Treasure Island, meanwhile fed the Pirates of the Caribbean franchise. 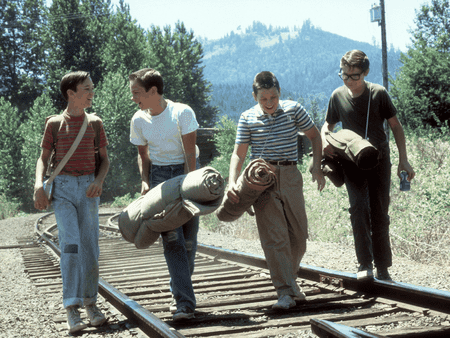 Stranger Things’ coming-of-age tone originated with Stand by Me. Stephen King’s novella The Body was the source of Rob Reiner’s rueful drama about four young boys who find a peer’s corpse when they’re hiking near their small Oregon town. The quartet was played by Wil Wheaton, River Phoenix, Corey Feldman (Goonies), and Jerry O’Connell. Like the Stand by Me crew, the Stranger Things boys find themselves walking on railroad tracks at one point and also being menaced by bullies: par for the course for anyone who’s not a jock. 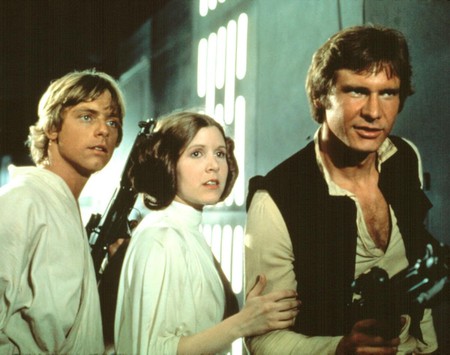 George Lucas’s game-changer—the 1970s’ most iconic film for under-20s—would have been the movie event of the Stranger Things gang’s young lives. It provides a mythical and metaphysical frame of reference for their own experiences, hence the allusions in Stranger Things to R2-D2, Darth Vader, the Force, and so on. 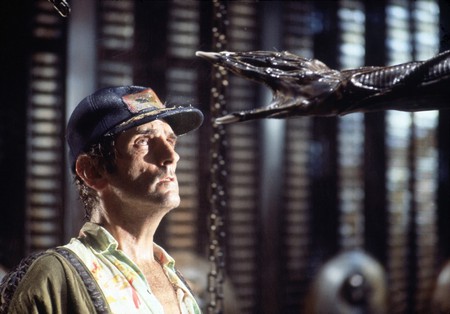 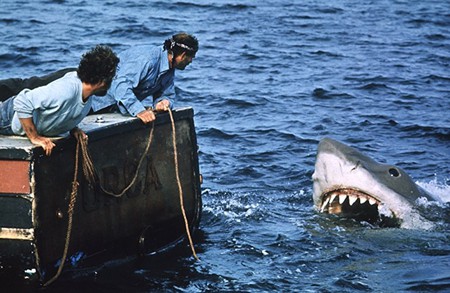 Never mind its humanoid shape, the Upside Down’s extra-dimensional Demogorgon is—in the manner of its sudden appearances and predatoriness—more directly influenced by the shark in Spielberg’s action-thriller than by Alien’s creature. The Hawkins township in Stranger Things was originally to have had the maritime vibe of the towns in Jaws and John Carpenter’s The Fog (1980).

Close Encounters of the Third Kind (1977)

Stranger Things’ Joyce, Will’s mom, combines elements of the adult protagonists Roy and Jillian in Spielberg’s sci-fi epic about the arrival in Wyoming of an amenable alien mothership.

Stranger Things pays many visual homages to Spielberg’s landmark sci-fi tale about loner schoolboy Elliott and his bug-eyed alien pal. The show’s suburban ambience was complemented by direct ‘lifts’ from the film, such as the bike chase sequence.

Nine-year-old Charlie, the pyrokinetic heroine of Mark L. Lester’s Stephen King adaptation, is the inspiration for Stranger Things‘ psychokinetic Eleven. Like Charlie’s dad, Eleven suffers nosebleeds. Charlie and Eleven are both on the run from government goons. 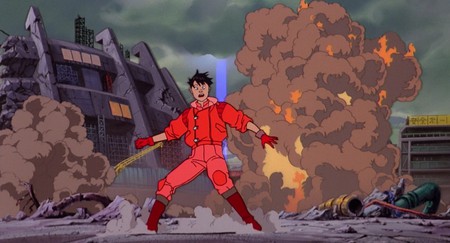 Stranger Things’ Eleven is the spiritual offspring of Akira and the other Espers—psychic children, sinisterly exploited by the government—in Katsuhiro Otomo’s dystopian sci-fi anime for adults. Otomo had loosely based it on his own cyberpunk manga, set in post-apocalyptic “neo-Tokyo.” 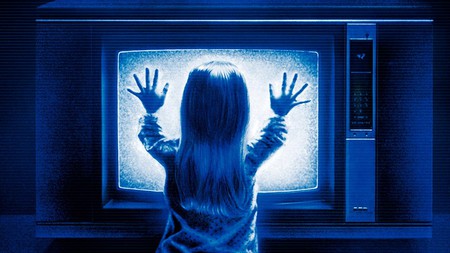 Written and produced by Spielberg, this visionary supernatural thriller directed by Tobe Hooper (The Texas Chainsaw Massacre) clicks into gear when little Carol Anne converses with the ghostly static in her family’s television set: their house, naturally, was built over a graveyard (in Orange County, California). Like Carol Anne, Stranger Things’ Will is eventually trapped in an alternative dimension. He communicates to Joyce through Christmas lights and radios, as Carole Anne communicates through the TV screen. 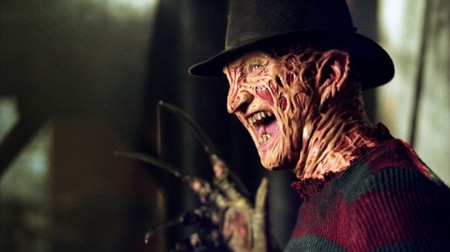 The be-clawed Demogorgon in Stranger Things is heavily influenced by a horror-film bogeyman who didn’t exist in 1983, when the series is set. The fire-scarred, metal-clawed serial killer Freddy Krueger, first seen in Wes Craven’s A Nightmare on Elm Street, is a dream demon who inspires in the teens he stalks the same dread the Monster inspires in his intended victims. And, like Freddie, the Demogorgon tries to push through walls. Stranger Things’ Nancy Wheeler is a nod to Elm Street’s Nancy Thompson.

Like Stand by Me, Peter Yates’s film is a non-supernatural coming-of-age drama about four male friends that helped shape the ordinary world of the boys in Stranger Things. In Breaking Away, they are 19-year-olds wondering what the future holds for them; their local adversaries are not knife-wielding bullies but wealthy Bloomington college students. Cycling plays a role, as it does in Stranger Things, and an Indiana quarry provides a setting in both the film and the series. 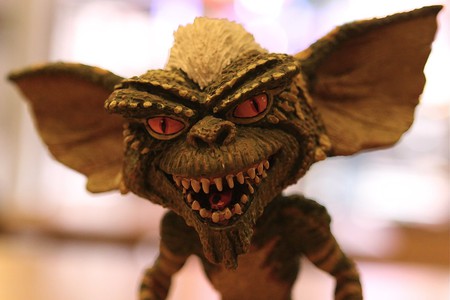 Among the 1984 movies supposedly feeding the second season of Stranger Things are Ghostbusters (which gives the boys the idea for their Halloween costumes), The Karate Kid, Splash, The Terminator, Indiana Jones and the Temple of Doom, and, intriguingly, Joe Dante’s Gremlins. That could mean some cuddly critters show their un-cuddly sides in Hawkins, Indiana, or that some other deranged creatures besiege the town in a War of the Worlds-like catastrophe.