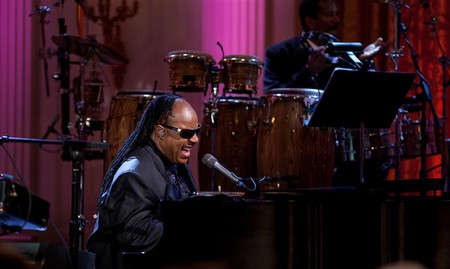 © Executive Office of the President of the United States/Wikicommons

The music industry has been touched by some remarkable singer-songwriters and performers over the years. Genres like jazz, soul, rock, gospel, and R&B have been transformed by prolifically talented black artists who have altered the course of music. We check out 12 of the most renowned black musicians who have revolutionized music worldwide. 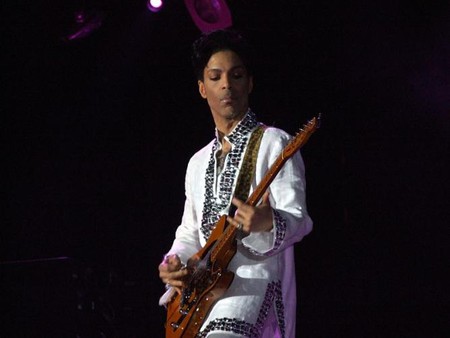 American singer-songwriter Prince was a remarkably talented musician that first captured the world’s attention with his numerous album releases in the 1980s. Encapsulating elements of multiple genres, his music is recognized all over the globe and Rock, Blues and Jazz have influenced it. He has collaborated with popular artists such as Alicia Keys and Norah Jones, and is known for his bold stage presence and iconic look.

An internationally acclaimed musician, who touched the hearts of millions across the globe with his powerful reggae, Bob Marley’s presence in the music industry was near unsurpassed in terms of inspiration. A member of the Rastafarian movement, his music combined the spiritual essence of his religion with powerful lyricism and inspirational messages.

American singer-songwriter Marvin Gaye was a legend of the soul genre and is internationally renowned. A fundamental contributor to the world-famous Detroit record label Motown, and an acclaimed musical artist, Gaye’s contributions are hugely significant to music as we know it. He influenced a whole range of contemporary artists and his work is not only inspirational, it is powerful and noteworthy.

Among his world-famous singles are songs such as ‘Superstition’, and Stevie Wonder’s work is indeed popular all over the globe. Talented and creative, he is associated with Motown and signed to the label by Berry Gordy. He achieved awards for civil rights work in addition to the UN Messengers of Peace prize. Wonder has inspired many artists of the modern era including US rapper Kanye West and remains a powerful force in the music industry.

© Executive Office of the President of the United States/Wikicommons

Soul music pioneer and fuser of R & B, Gospel and Country music, Ray Charles is a legend and was one of the world’s greatest artists. Blind, but beyond talented, the artist is famous for such singles as ‘Baby Let Me Hold Your Hand’ and ‘Kissa Me Baby’ as well as ‘Mess Around’. Known as ‘The Genius’ and ‘The Father of Soul’ Charles’ remarkable talent inspired many musicians and his creativity extended to the many instruments that he touched.

Multi-talented, all-round performer Louis Armstrong had a presence that is world-famous and was known for his influences to Jazz. He was associated with bands such as ‘His Hot Five’ and ‘His Hot Seven’ and ‘The All Stars’, and could popularize music in his style. In the 1930s he broke barriers and was featured in a Hollywood movie. Known for ‘What a Wonderful World’, a world-renowned single, Armstrong truly is one of the greats.

American singer and actress Whitney Houston was incredibly popular in the 1980s and was known for her big voice and unique style. She sang in her local church and was inspired by Gospel as a genre. Clive Davis transformed her career and she is known for such hits as ‘Saving All My Love For You’. She collaborated with Mariah Carey on the single ‘When You Believe’ and her significant contributions to modern music are absolutely undeniable.

Called the ‘Queen of Soul’ and known for her energy and ability to sing multiple genres, Aretha Franklin’s impact on the music genre is unsurpassed. Known for ‘Respect’, her presence is global in the industry and has influenced stars all over the world. She grew up in Civil Rights Movement and sang in her local church, over which her father presided as pastor. In the late 1960s, her career burgeoned and she is known for such sings as ‘Natural Woman’ and ‘Think’.

A prolific Jazz pianist and a performer with remarkable talents, Nat King Cole is known had a huge, influential career. He formed the group – the ‘King Cole Trio’ and is known for such singles as the iconic ‘Christmas Song’. He launched a solo career in the 1950s, during which he performed such songs as ‘Unforgettable’, and worked with remarkable stars such as Louis Armstrong and Ella Fitzgerald.

An iconic figure, a globally recognized singer-songwriter and known as the ‘Godfather of Soul’, James Brown’s contribution to music is undisputed. A fuser of the Funk ad R & B genres, the artist’s career grew significantly throughout the 1950s, at which time he toured tirelessly. With a stage presence that is unsurpassed, Brown popularized renowned dances of the era. He is known for such singles as ‘Sex Machine’ and ‘Get Up Offa That Thing’.

Known as the ‘First Lady of Song’ or ‘Lady Ella’, a significant contributor to the Jazz genre, Ella Fitzgerald was a remarkable singer. She was discovered by and worked with Chick Webb and his band and rose to fame in the 1930s. Her uplifting tone can be recognized in such singles as ‘Dream A Little Dream of Me’ and ‘Every Time We Say Goodbye’.

Singer and actress Tina Turner was incredibly popular in the 1980s and achieved success with Private Dancer. In spite of suffering domestic abuse from her partner Ike, the Tennessee born singer has influenced many contemporary singers. The singer embarked on a solo career and she is famous for such soundtracks as ‘Goldeneye’ and ‘He Lives in You’. Her career has been huge and her work is globally renowned.