11 Places That Inspired Our Favorite Artists 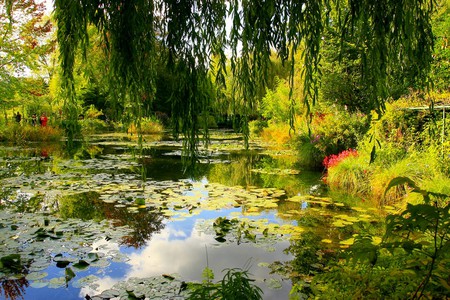 While we are innately creative beings, there are some who have learned how to express this gift in extraordinary ways. Our artistic heroes of the past continue to inspire and move us even today – and while they’re no longer with us, their favorite spots are still around. Here’s our pick of the best.

In the mid-1840s Henry David Thoreau began building a small cabin on a piece of land that Ralph Waldo Emerson owned on the northeastern shore of Walden Pond in Concord, Massachusetts. Thoreau was conducting an “experiment of simplicity” and lived in his simple cabin in the wood for two years. He kept a journal, studied nature, and completed his first draft of his book, A Week on the Concord and Merrimack Rivers.” His journals and observations from his time in the woods and on the lake later turned into his most famous book, Walden. 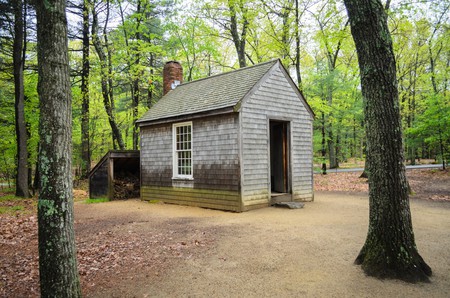 For more than ten years, Ernest Hemingway lived and continue to write in his house in Key West, Florida. This beautiful estate was built in 1851 and Ernest and Pauline Hemingway, his wife at the time, bought and restored the house in 1931. The first above-ground pool in Key West and only pool for over a 161 kilometers (100 miles) was built in Hemingway’s backyard for $20,000, an exorbitant amount at the time. The house is now a National Historic Landmark that is open to the public for tours. Visitors can also mingle with descendants of Hemingway’s famous six-toed cat. 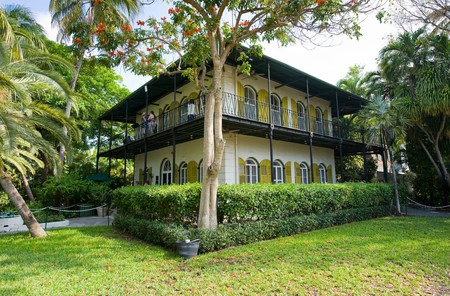 Jack London reportedly spent a significant amount of nights at this waterfront watering hole. It is believed that he wrote notes for Call of the Wild and The Sea Wolf while at Heinold’s First and Last Chance Saloon in Oakland, California. He also names this saloon multiple times in his book John Barleycorn. The old saloon still resembles the place that Jack London favored so much, and is still serving up cold brews and stiff cocktails. 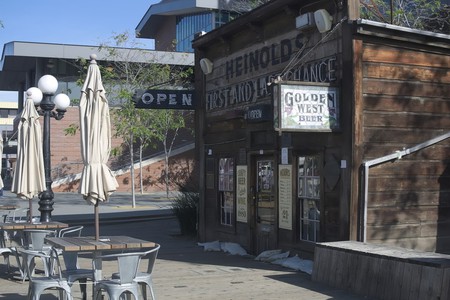 Mount Roraima is the highest flat-topped peak in the Guyana’s Highland Range in the Canaima National Park. This is also where the world’s tallest waterfall flows, Angel Falls. All four sides of Mount Roraima are 400-meter (1,312 foot) sheer cliffs that only the most experienced and determined climbers could attempt to scale. There is however, a narrow, ramp-like trail that less experienced mountaineers can trek up. This journey usually takes at least two days. What’s remarkable about this particular place is that it was the inspiration for Sir Arthur Conan Doyle’s famous novel, The Lost World. It is easy to understand how this two-billion year old landscape would inspire a tale about hidden dinosaurs. 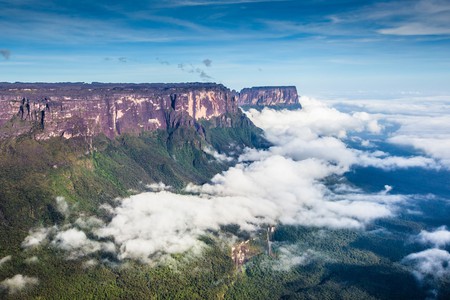 Snæfellsjökull is a stratavolcano that is around 1,200 meters (3,937 feet) high on Snæfells, a tiny peninsula on the west side of Iceland. This remote and uninhabited landscape is the scene of Jules Verne’s famous book, A Journey to the Center of the Earth. The crater was described in the book as the gateway to the center of the earth by Professor Otto Lidenbrock. A visit to this remote and archaic wilderness will make you feel like Jules Verne himself as he conjured up this epic tale of adventure. 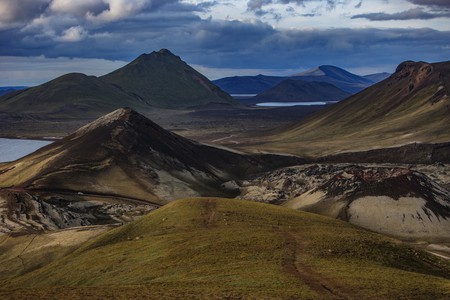 Antoni Gaudí was a world-renowned Catalan architect whose work took on a classification all of its own. His unique approach to architecture and design was truly genius, very personal, and produced brilliant works of art. Gaudí’s work can be seen all around Barcelona. Seven of his buildings in Barcelona have been declared UNESCO World Heritage Sites: Parque Güell; Palacio Güell; Casa Mila; Casa Vicens; Gaudí’s work on the Nativity façade and Crypt of La Sagrada Familia; Casa Batlló; and Crypt in Colonia Güell. 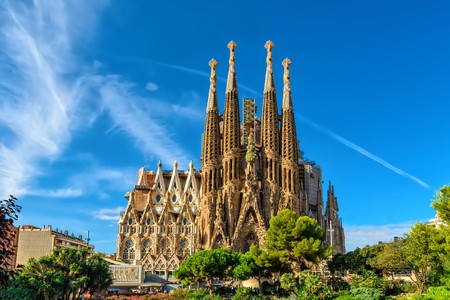 Between 1968 and 1969, in the heart of the psychedelic peace love era, Jimi Hendrix kept a flat in Mayfield at 23 Brook Street. His girlfriend at the time found the flat and Jimi decorated it to his own taste. He professed that this was the “first real home of his own.” In 2014, the Handel House Trust reconstructed and refurbished Jimi Hendrix’s flat and it is now a permanent exhibition open to the public. 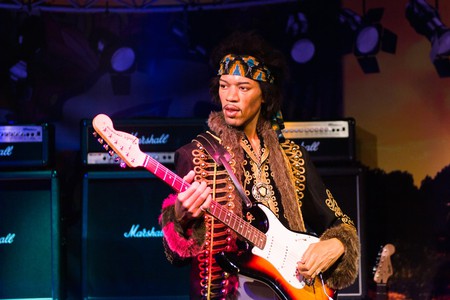 The Dalí Theatre and Museum is located in Salvador Dalí’s hometown of Figueres. The museum itself was the last great work of Salvador Dalí. He designed everything from the facade to the interior and his largest collection of art is on display here. A walk through this fascinating museum is a walk through the life and work of Dalí. This place is so much him that he is even buried here. 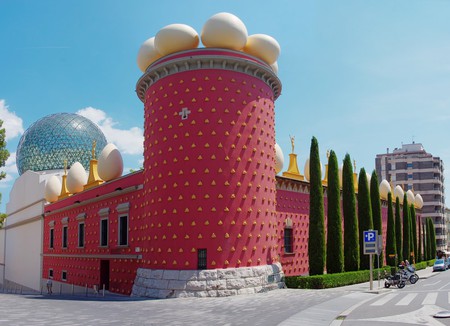 The childhood home of the famous Mexican artist and feminist Frida Kahlo, La Casa Azul is open as a museum in her honor. This home was where Frida started and ended her life – she and her husband, muralist Diego Rivera, also lived in this home for a period of time. He donated the house to be turned into a museum after she passed away. A walk through this vibrant blue house is complete with a history of Diego and Frida’s relationship, relics of her artistic past, and a true view into the life of this fascinating and influential artist and voice. 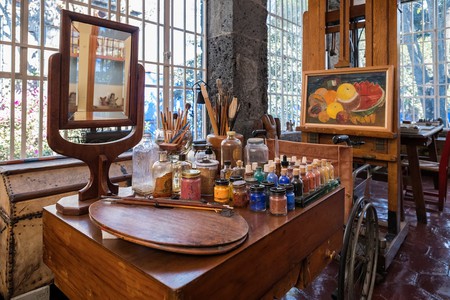 Georgia O’Keeffe was deeply inspired by the desert landscape and deep cultural history of New Mexico – so much so that she had a home and studio here. She also kept a summer home on the property at Ghost Ranch, which inspired many of her paintings. A visit to this part of New Mexico, especially her home, studio, and Ghost Ranch is like being in a Georgia O’Keeffe painting. While she is well-known for her giant flower paintings, she was also an exceptional landscape artist. 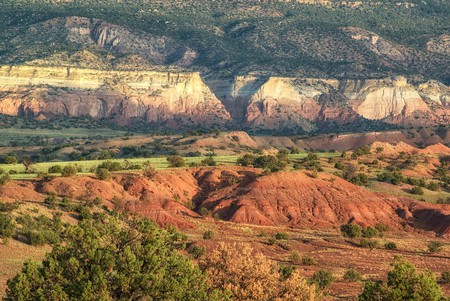 French Impressionist Claude Monet lived in a picturesque home in Giverny in the north of France on the River Seine from 1883 until he died in 1926. His gardens were the source of inspiration for some of his most widely recognized works of art. His paintings Water Lilies and Le Pont Japonais are two in particular that come straight from his garden. His home has been restored and turned into a museum. Now Monet lovers can take a walk through his paintings by taking a walk through his famed gardens. 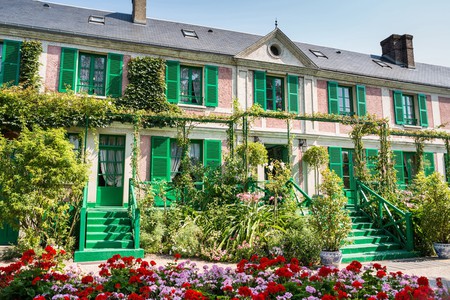