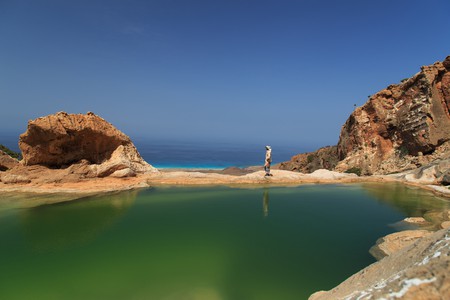 Socotra is the ‘forgotten island’ of a small archipelago that lies in the Indian Ocean between Somalia to the west and Yemen to the north. In ancient Sanskrit, Socotra translates to ‘island of bliss’ but it’s often referred to as the ‘most alien looking place on Earth’ due to its wide variety of endemic species, each leaving the island looking more like an imaginary planet than a part of the Middle East. 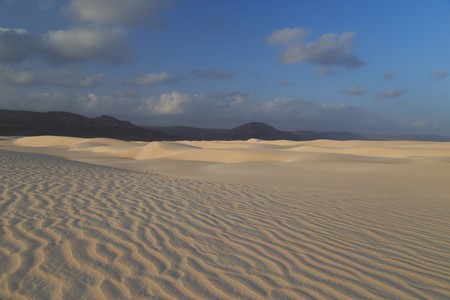 The definite history of the island is controversial, as it has been visited and occupied by many different people in the past few thousand years. In 2001, a group of Belgian speleologists found cave inscriptions that were mostly Indian Brāhmī script, as well as South Arabian, Ethiopian, Greek, Palmyrene and Bactrian scripts and languages dating back to the 1st century BCE. It is said that the ancient Egyptians and Greeks used to sail to the island to find frankincense and aloe, as well as the famous dragon’s blood tree. 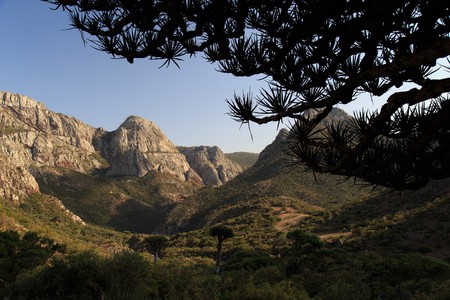 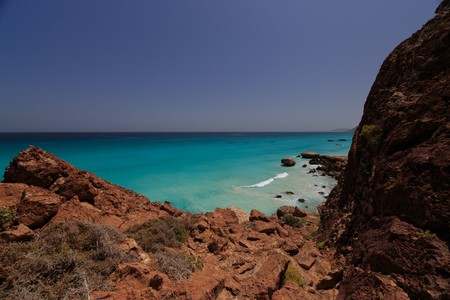 Socotra is mentioned in The Travels of Marco Polo, although it’s believed that he never actually made it onto the island. He mentions that the inhabitants were Nestorians, but at some point they were converted to Christianity by a mission, possibly by Thomas the Apostle in 53 AD. Since around 1500, the Mahra Sultans had control over the island, until 1876 when the reigning sultan pledged allegiance to the British crown for monetary benefits. Finally in 1967, Socotra seceded from Britain, as the sultanate was abolished, and became part of South Yemen – later Yemen with the unification of the country in 1990. Throughout Socotra’s history of occupation and ownership, many components of the island have not changed such as the magnificent spectacles and mysteries of the island’s natural characteristics. 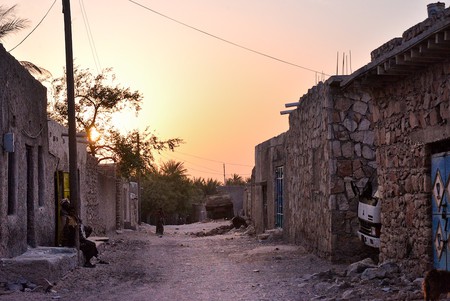 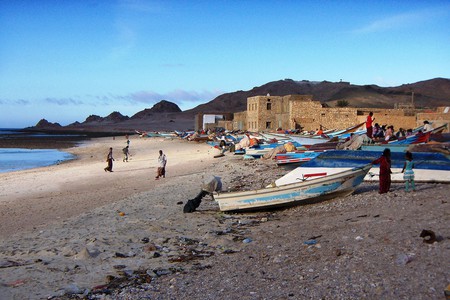 The island attracts ecotourists, scientists, and even professional paragliders, but locals have lived there as nomadic pastoralists in towns and tribes for generations. Hadibo, the island’s capital, is the center of trade, and supplies are delivered from the Yemen mainland by boat. Once a day, travelers can get off a plane that travels there from Yemen’s Aden airport. Their markets are reminiscent of ancient times, as the people sell and live off what the island offers such as goats, honey and fish. Sadly, the village is very poor, but the island is brimming with beauty. 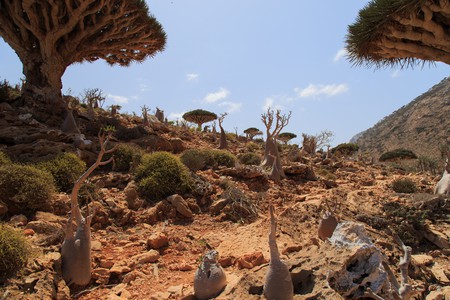 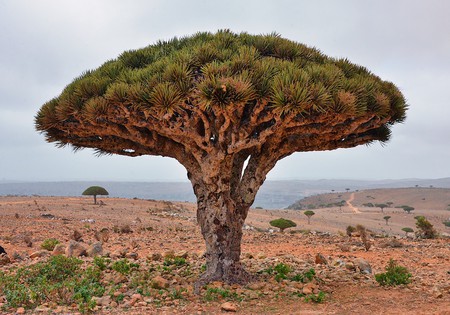 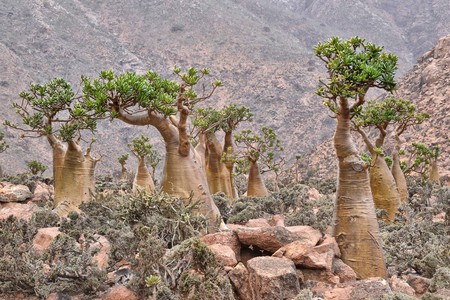 Socotra is considered the Galapagos of the Indian Ocean, as a similar evolutionary process caused the flora and fauna of the island to acclimate to Socotra’s brutally hot and windy environment. This means that out of the 800 species of plants and animals, a third of them can’t be found anywhere else but on Socotra. The most famous plant is the dragon’s blood tree, which can be found clinging to the cliffs of the desert plateau on the highlands. The desert rose, also known as the bottle tree, is swollen and bulbous in its stem in order to hold water on Socotra’s desert plateau. Between the turquoise waters and the dry highlands, Socotra’s massive caves underneath the plateau are filled with thousands of ancient stalactites and stalagmites. 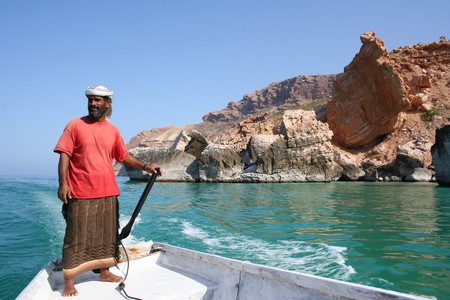 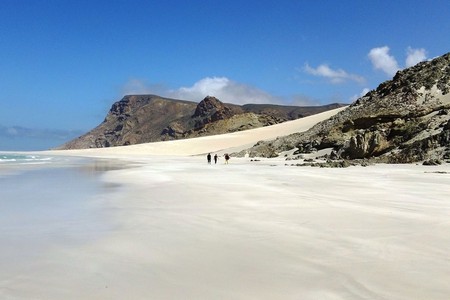 Along with the beauty on land, the coral reefs that grow in the shallow waters surrounding the island are home to even more biodiversity and endemic sea creatures. These waters are where local fishermen embark for their daily catch, but forever remain wary of reef sharks and the Somalian pirates who sometimes stop at Socotra for food and fuel. Local dolphins that swim in the wake of the fishermen’s boats are a comfort, as they symbolize good luck according to local legend. 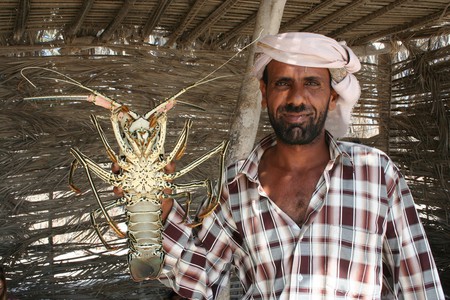 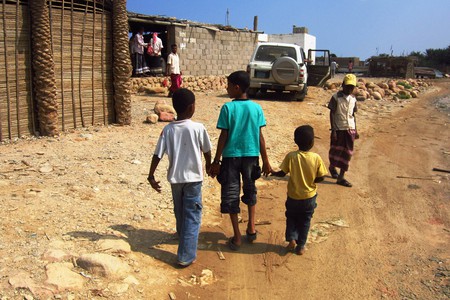 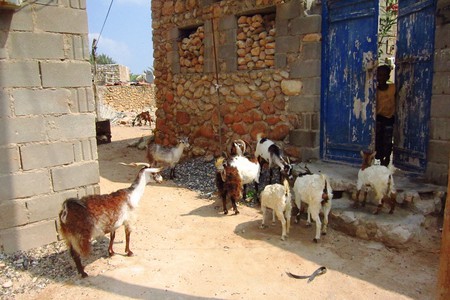 Currently, the local government is struggling with habitat preservation for the unique plant and animal life on the island, as climate change and unsustainable cattle farming threatens the natural balance of Socotra. Mineral harvesters also deplete coral stone and limestone reserves, often illegally. Protecting precious land and regulating future development are steps that are being taken to resolve the threats to the pristine nature of the island. 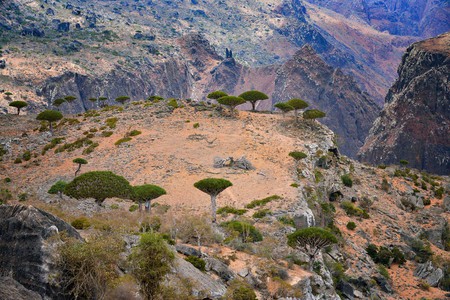 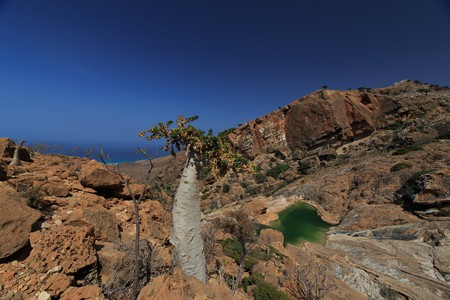 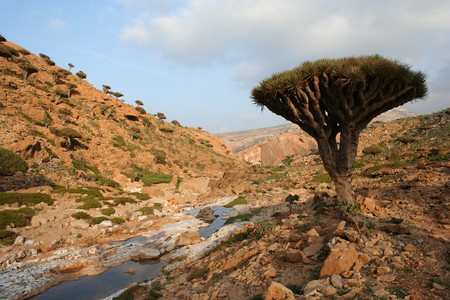