'The Monk of Mokha' by Dave Eggers, Coffee in the Time of War 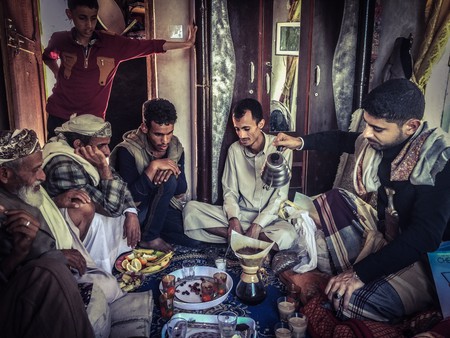 If you were to walk into one of Blue Bottle’s select coffee shops across the United States, you might at first be horrified to see that a cup of drip coffee from Yemen will cost you a cool $16 (£11). Admittedly, it does come with a traditional biscuit pairing, though over four times the price of a standard cappuccino still feels a little steep. But if you were to dig a little deeper, you’ll find this premium price tag is not a case of hipster-liberal capitalism racing to the top, but a reflection of both the struggle and quality associated with each exquisite coffee bean. The Monk of Mokha,or $16 a cup, is the story of Mokhtar Alkhanshali, a Yemeni-American from San Francisco, and how his unwavering bravery and dedication revitalised Yemen’s dormant coffee industry, engendering hope and prosperity at a time of deep despair. 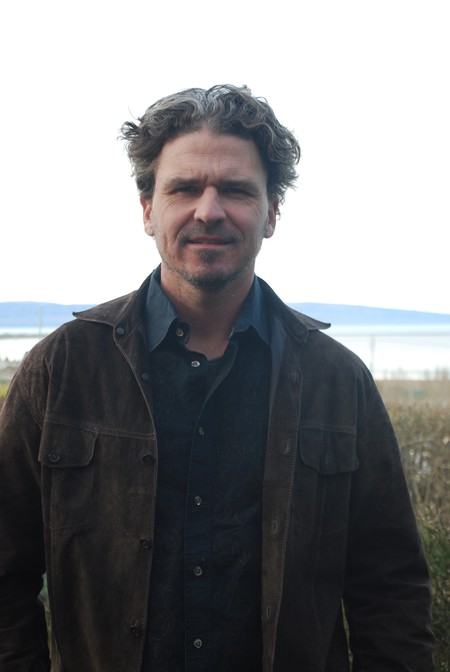 Since rocketing to fame with his poignant memoir A Heartbreaking Work of Staggering Genius (2000), Dave Eggers’s literary focus has shifted away from the personal to the political, away from telling his story to actively sharing the struggles of the marginalised and abandoned. His activism, working within certain American literary social initiatives such 826 Valencia and Voices of Witness, combined with his works – What Is the What (2006)and Zeitoun (2009) – that explore the plight of refugees against a disinterested US government, have helped to establish him as a leading voice of the liberal left within America’s cultural elite.

Increasingly aware of his elevated status, Eggers seems eager to substitute the singular bias of his authorial voice for one that is more objective and illustrative but thoroughly engaged. ‘It is showing, not telling,’ as he remarked in an interview with Rachel Cooke in 2010 following the publication of Zeitoun. And aside from a small cameo towards the end of the book, where Eggers nonchalantly references himself as ‘the guy writing a book about all this’, as he and the protagonist Mokhtar watch the MSC Lucianacarry the first coffee beans in years into San Francisco’s port from Yemen in a cinematic climax, Eggers remains relatively absent, enabling Mokhtar’s story to be heard and absorbed.

Working as a doorman to a modern skyscraper known as The Infinity in San Francisco, Mokhtar felt lost, lacking in purpose, watching his twenties slowly ebb away. Instead of opening doors to his future (he dreamed of going to college),he was opening doors to residents, deliverymen and visitors entering and exiting the tower. But upon being inspired by a statue across the street, one that Mokhtar had failed to notice dozens of times, a seed of inspiration was planted whose extraordinary growth is the book we have now. The statue was of a Yemeni man bringing a cup of coffee to his mouth, and it commemorated both the advancement of American manufacturing innovation – specifically the vacuum pack that allowed coffee to be transported from A to B – as well as the history of coffee consumption, for it is alleged that the earliest drinkers of coffee were Sufi monks in the hills of Yemen during the 15th century.

Fuelled by this perfect symbolic collision of his two identities, an American story with Yemeni roots, Mokhtar begins a journey into revitalising the coffee trade between the two countries, that has laid dormant for years. But the obstacles before him were numerous and substantial: he first needed to become an expert in the process of production, from growing, picking, sorting, roasting and serving; he had no money or direct experience in coffee or sales, aside from a short stint working for a crafty Honda car dealer; farmers in Yemen had stopped growing coffee in favour of khat; Yemen was in the midst of a savage civil war, and one where foreigners were by no means exempt from the murderous violence. 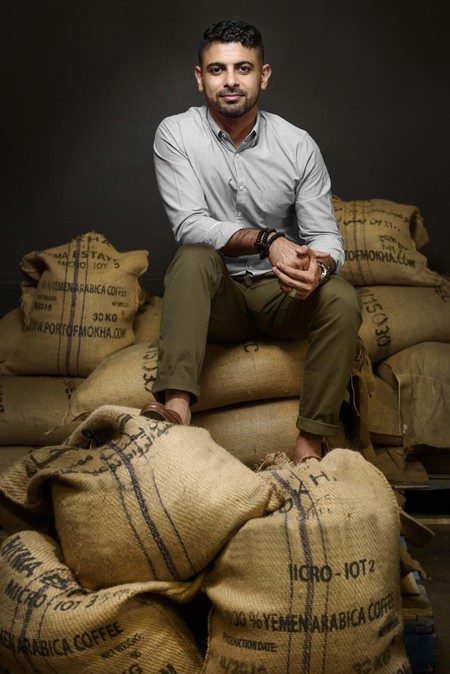 In this light the book takes on many identities, part-history of coffee, part-thriller, part-social commentary on a divided America, telling Mokhtar’s story through several dimensions. Eggers gives a detailed (if at times tangential) history to the growth of coffee which illustrates Yemen’s role in the development of coffee and how it lost out to imperial trade. Meanwhile, Mokhtar’s commitment to learning everything there is to know about the coffee trade, takes us on a journey right from its source, from a farmer named Malik in the Yemeni hills, to the end of the cycle, to Jodi in San Francisco, who adjudicates the Cupping Skills test, which rates the various coffees through a standardised rating system. In February 2017, the Coffee Review awarded a 97 rating to one of Mokhtar’s imports, the highest score ever issued.

Though just as Mokhtar seems to be on the verge of revitalising Yemen’s coffee trade, having found investors and convinced local farmers to focus on growing the finest red coffee cherries Yemen has ever seen, civil unrest threatens to undo everything, as embassies, trade routes and society shuts down. It is at this moment, when the book transforms into a thrilling adventure story, as Mokhtar, stranded in Yemen with his coffee beans, must find a way out. Will he make the boat that leaves for Greece at 9:30am from Aden? Will the beans, the produce of his labours, be destroyed along the journey? His life seems to hang in the balance: a decision by a solider at a checkpoint, whether the boat will be refuelled in time, whether he’ll be mistaken for a rebel fighter. And all this plays out whilst we learn that American citizens, naturalised from the Middle East, are being deported, having their passports confiscated and cast out by an increasingly inward looking state. The book’s triumph is in telling the story of many through the eye of one. It manages to communicate what is at stake at here, not just for Mokhtar and his beans, but for many Americans, whose existence is threatened by the tiniest of margins.

For a book where searching for hope feels at times like searching for lost time, The Monk of Mokha is filled with uplifting scenes that demonstrate the seemingly infinite limits of human endurance, a veritable Eggers-ism. Hearing the Yemeni women who Mokhtar employed in his roasting plant, blast out Katy Perry’s ‘Roar’ at a time of social Armageddon, is precisely one of these moments where human spirit seems to outweigh political menace. And during the epilogue, when Mokhtar receives an email from Bolor from Mongolia, we sense that what Mokhtar has achieved is far more than bringing Yemeni coffee to Blue Bottle. He has restored a belief in the possible, and fashioned a new, makeshift version of this troubled American dream. 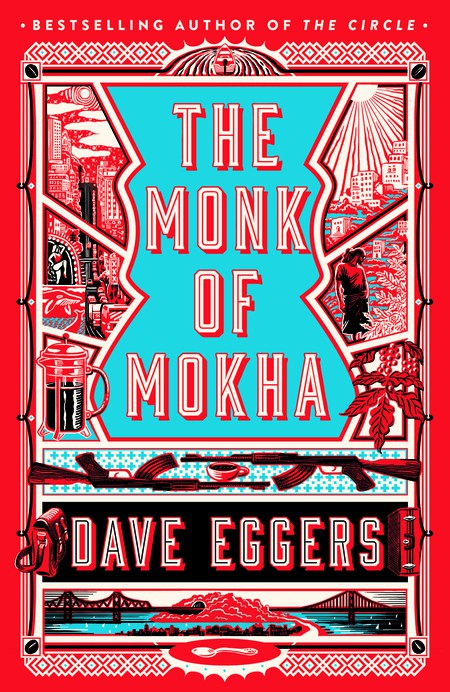 The Monk of Mokha