Last of the Dictionary Men: The Story of the Yemeni Sailors of South Shields

During the early 20th century, thousands of seamen from Yemen settled in the small town of South Shields in the North of England, making up the first settled Muslim community in the United Kingdom and an early forebear of multiculturalism. An exhibition at London’s Mosaic Rooms, entitled Last of the Dictionary Men, explores the story behind this community and its legacy for future generations of immigrants. 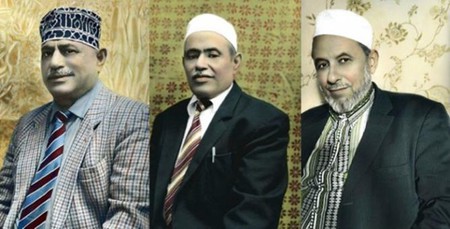 A history spanning a hundred years saw generations of seamen from Yemen settling along the River Tyne in England’s North Eastern region of South Shields, in search of new opportunities abroad. Far from the Arabian Peninsula, these seamen not only made South Shields their home, but some 800 of them fought and died alongside the British in the Second World War. To add to its intriguing history, South Shields is also home to Al Azhar, Britain’s first mosque, witness to boxing legend Muhammad Ali’s wedding in 1977.

Highlighting the stories of these sailors is Last of the Dictionary Men, a somewhat unexpected and unanticipated exhibition, at the Mosaic Rooms in Southwest London from the 1st of February to the 22nd of March 2013. Unexpected, because it is a part of history infrequently exposed, which adds to its significance. The Mosaic Rooms is a cultural centre renowned for such exhibitions. As the UK arm of the A.M. Qattan Foundation, its mission is to uncover aspects of Arab culture that are often overlooked by the media. Set in a beautifully refurbished townhouse in Kensington, it is the perfect location for the facilitation and fostering of cross-cultural dialogue between different communities in London.

Telling the stories of 14 Yemeni sailors, Last of the Dictionary Menis a multimedia exhibition that relays the history of England’s Northeast region and its proud maritime and industrial heritage, as well as its inspiring Middle Eastern connection. This connection is experienced through a series of interviews with, and portraits of, the last survivors of the first generation of Yemeni settlers in South Shields. 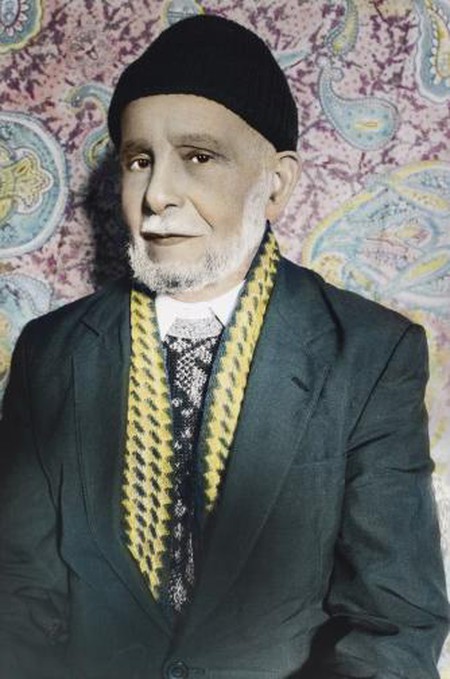 The historical narrative is centred on the ‘King’ of South Shields, Muhammad Ali. Hailed as a hero, Ali’s story is held up as an example for all Muslims. Through a filmed narrative, audiences relive the experiences of the Yemeni-British men who met Ali on his 1977 visit to the North East of England. Iranian film director Tina Gharavi states her reason for embarking on this project as simply, ‘I am a massive Muhammad Ali fan’. Gharavi is an artist, writer, director, and producer. Her past films have won numerous awards, and her current exhibition ties in with a recent Bafta nomination. She recalls her first meeting with Ali a year ago; a meeting that was the result of the friendship forged between Tina and Ali’s daughter in the process of filming the documentary.

In the quiet, darkened room where the 24 minutes of The King of South Shields is screened,an elderly Arab gentleman chants patriotically, ‘Muhammad Ali!’ as the hero pops up on the screen. In an interview, Ali talks about his faith, and how he would not have had his physical sense as an athlete if it weren’t for his spiritual sense as a Muslim. Ali is honest. When asked if he conforms to the structured regime of five prayers a day, he admits that he does not; he is either training, on an aeroplane, or in the ring. This is not an excuse for escaping his duties, he says, humbly adding that ‘I do my best … sometimes I just close my eyes and say a prayer’.

To complement the audio/visual installation, Gharavi commissioned the internationally-renowned Egyptian photographer Youssef Nabil to create a series of photographs and portraits. Gharavi says that this was not so much a curatorial process, but an art project aggrandising these hard-working men as historical figures. ‘These portraits are not [reflective of] dirty social realism; [the subjects] are presented as heroes in Nabil’s portraiture’, she mentions. 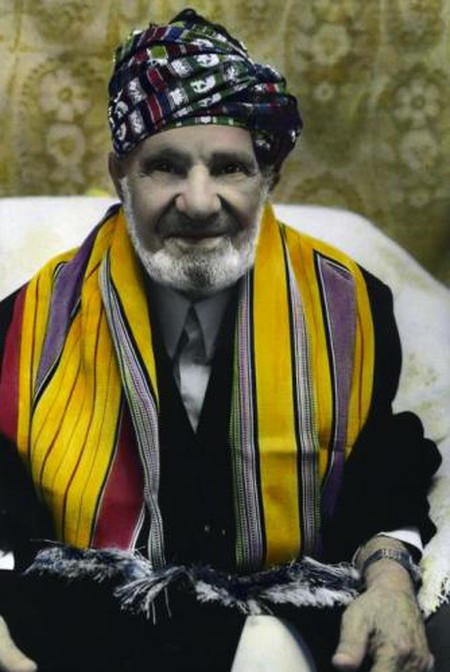 The technique Nabil has used in these portraits renders her subjects grand. Having grown up in the ‘Hollywood of the Nile’ during Cairo’s golden age of cinema, Nabil is familiar with the glamour of this era of black-and-white film. Through this nostalgia, one experiences his melodramatic methods of photographic expression. Paying homage to the mise-en-scène movement, he captures his photographs in black-and-white before hand-painting them, replicating the age-old technique then-popular in his native Cairo. As he notes:

‘Until very recently you could still find hand-painted movie posters on the streets of Cairo, and in most houses a hand-coloured black-and-white family portrait. This was so much a part of my world that I decided to incorporate it into my work and combine this old technique with my contemporary images.’

Though some may see this technique as detracting from reality in its hyperbolic portraiture, these images are representative of pride and articulate accomplishment, particularly in regard to the replication of a classic artistic technique used to depict exemplary figures of days gone by.

In the Lower Grand Room videos are projected onto retro television screens from the 50s to the 80s. The nostalgia is tangible, and the scene is set for these oral histories. Each video stands on a plinth at the original height of the interviewee, with every man telling the story of his life and his journey in settling in South Shields. They are engaging, told with a rich, bold, and guttural Yemeni accent. Their diction is well-paced, placing emphasis on intonations and pausing dramatically for effect. 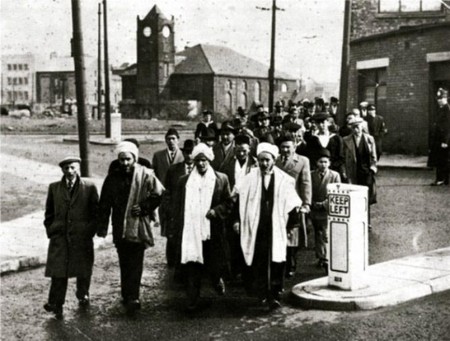 The reason behind Gharavi’s decision to create film installation is simple: the media allows the audience to choose whom they listen to, and for how long they listen to them. Gharavi is surprised at the length of time people spend watching each video. Perhaps this is because a history is being portrayed that people didn’t expect to encounter, and they are keen to find out more: a fine indicator of success for the exhibition, and the concept as a whole. Gharavi’s most profound moment, she says, occurred at the opening of the exhibition in the Baltic Centre in the North East, which was attended by the Yemeni Ambassador to the UK. ‘I was really proud that these men had that recognition from the Ambassador for the work that they achieved’, she reflects.

Gharavi and Nabil have brought to life a history and set of stories that would have otherwise disappeared in the annals of time.

Watch the trailer for King of South Shields: