Why Camels Are Important to Emirati Culture 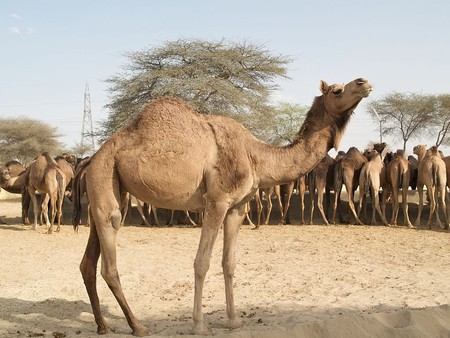 Camels have been at the centre of life in the UAE for decades and have played key roles in transportation, food, entertainment and more. As such, they are a symbol of Emirati heritage and remain intrinsic to the country’s traditions and cultural practices. We take a look at the social and economic significance of these animals in the region.

A source of food

Camel meat has long been an important part of Emirati cuisine and their milk also provided sustenance for Bedouins. Camel meat remains a popular delicacy today and is served to commemorate significant occasions such as Eid and National Day. Camel milk is used to make chocolates and biscuits and is often listed as a must-try for visitors to the country.

A mode of transport

Camels were a key mode of transportation for Bedouins and their supplies. They would carry early Emiratis across deserts in blistering heat in search of water. While today this is no longer necessary and Emiratis prefer getting around in their 4x4s, riding a camel is an exciting experience for visitors to the UAE, as it offers a glimpse of early life in the Emirates. 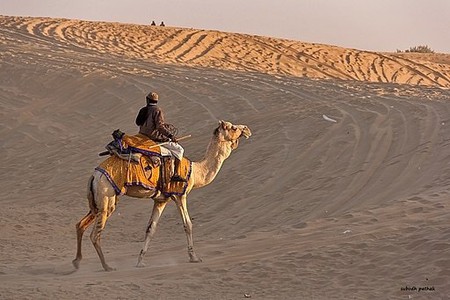 For Bedouins, camel wool was a multipurpose fabric that formed the basis of many of their essential items. Clothes, rugs and tents were crafted using the fabric. Various arts and crafts made use of the wool, and it therefore played a key role in the expression of local creativity. 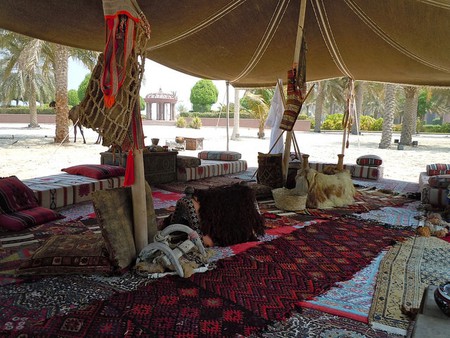 A type of currency and a status symbol

Throughout history, camels have also served as a status symbol, as wealth was demonstrated by the number of camels owned. They were also used as a form of currency, to pay brides’ dowries or the annual charity fee known as zakat. Camels could also be very profitable if they won camel races or beauty contests, as prizes included food, useful animals and other essentials.

A form of entertainment

Historically, camels have entertained Bedouin tribes for decades through camel racing and camel beauty contests. Even today, camel racing is a very popular sport and is under the patronage of several sheikhs. Continuing camel racing is seen as a way to preserve Emirati traditions. There are 15 camel racing tracks throughout the UAE, which feature state-of-the-art facilities in line with the modernisation of the country. While in the past prizes included food and other essentials, today’s prizes are more extravagant and tend to consist of large cheques, or cars.

Camel beauty contests, another remnant of traditional forms of entertainment, are popular throughout the nation, with the world’s most expensive camel being sold for AED 10 million (£2 million) at Al Dhafra Festival in 2008. These races are also opportunities to celebrate other Emirati traditions and customs, such as shellah (a form of Bedouin poetry), eating dates and other local delicacies, Saluki races and Arabian horse races. 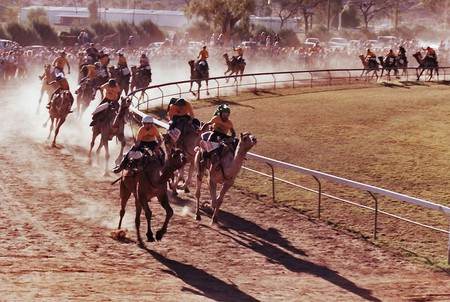 Camel racing continues to be an important local festival, welcoming thousands of camels from throughout the Arabian Peninsula | © Rae Allen / Flickr
Give us feedback