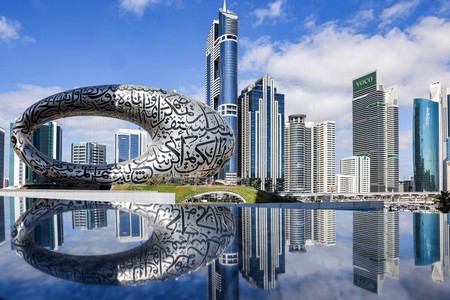 The Museum of the Future in Dubai | © Giuseppe Cacace / Getty Images

The predominant languages in the UAE are Arabic and English. You can get around with speaking just English, but there are many Arabic terms you may come across in daily conversation. Here are the top phrases to know while vacationing in Dubai.

How to say hello and goodbye

The formal greeting in Arabic is as-salam alaykum, to which the response is always wa’alaykum as-salam. This translates as ‘peace be upon you.’ But if you would prefer to casually say hi, opt instead for salam or halla, which is slang for hello.

When you arrive in Dubai there is also a good chance that you will be greeted with the pleasant marhabaan or welcomed with ahlan. 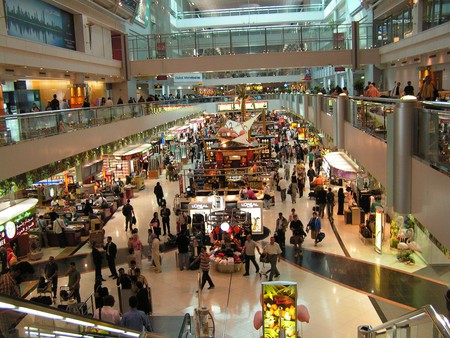 The next phrase that is often spoken is ‘how are you?’ or kayfa halluk (to a man) and kayfa halluki (to a woman). The standard response is ana bekhair, shukran, which means ‘I’m fine, thank you.’

Commonly, goodbye is said as mae alsalama, which roughly translates to ‘go with peace.’

If you’re in a souk and would like to buy something, try saying ‘how much does it cost’ in Arabic: kam yukalif?

Also good to know is ‘yes’ and ‘no’ which is na’am and la respectively.

‘Please’ is said as min fadlak when speaking to a man and min fadlik when addressing a woman.

If you bump into someone, ‘excuse me’ is said like alma’derah and ‘sorry’ is said aesef.

‘Thank you’ is shukran. 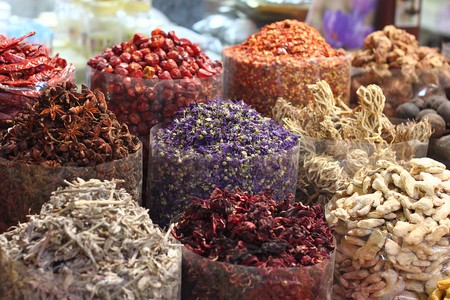 Spices in the souq | © Elroy Serrao/Flickr

Arabic phrases have crossed into other languages in the Emirates. Common expressions you may hear among the non-Arab residents in Dubai include:

Habibi for a boyor habibti for a girl, which means ‘beloved,’ but can be used as a friendly ‘dude’ or ‘chick’ for those you know well. It is an endearing term that is used between close friends as well as partners.

Maafi mushkila: a common expression that means ‘no problem’ or ‘don’t worry about it.’

Inshallah or Insha’allah means ‘if God wills it.’ For instance, if you ask someone to meet you at 6pm, they might reply ‘Sure, see you then, Inshallah‘ – which means you just made plans for about 6pm, as long as nothing else happens. Traditionally this word is supposed to mean that someone will do their best, but it is also used as an excuse. 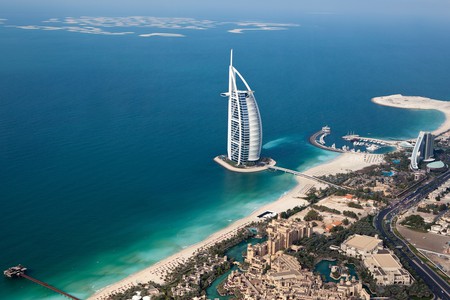 Haram roughly translates to a sin or something that is forbidden and goes against Islamic law. This term is used colloquially to mean breaking etiquette, and it may also be used as a warning. If someone says this to you, it’s best to stop what you are doing, as it may be offensive, or even banned.

Khallas means finished, done, or enough. If you are at a restaurant and a waiter asks if you would like dessert after your meal, you can say khallas, which means you are finished eating.

Yallah is an expression that means ‘move quickly’ or ‘let’s go.’ You may well hear a parent say this to their children while you’re out and about in Dubai.

Shu hadha? literally means ‘what is this?’ It can be used either as an innocent inquiry, or as an expression that roughly sounds like ‘what on Earth are you doing?!’ 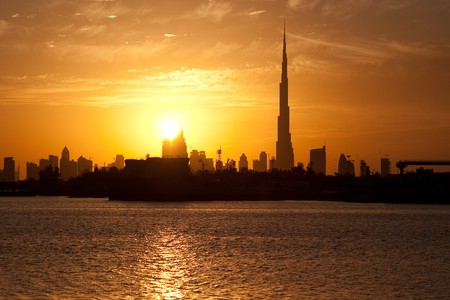 Phrases to know just in case

If you find yourself in a sticky situation and need to communicate in Arabic, these phrases may help.

If you are lost and need to express that, say ada’tu tareeqi.

To ask ‘can you help me?’ say hal beemkanik musaea’adati, or simply say musaeada, ‘help.’

If someone is trying to communicate with you in Arabic, you can let them know that you don’t understand by saying la afham.