The Secret Life of an Air Hostess 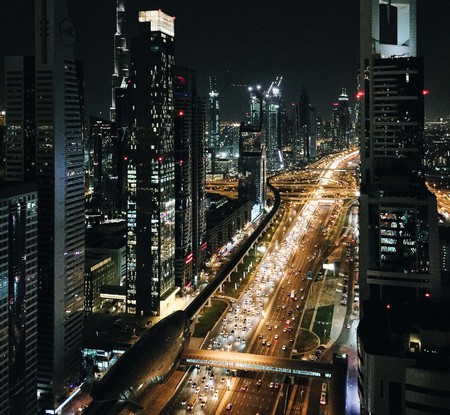 We spoke to a former Emirates air hostess about what it takes to be a member of the cabin crew for one of the world’s largest and most luxurious airlines. From intensive training in a full-scale simulator to travelling the globe in the world’s largest aircraft—an Airbus A380—here is an insight into life at 35,000 feet and why joining the mile high club is harder than you think.

After an intensive selection process, Emirates staff are sent to Dubai where they will live for the duration of their employment in an apartment with other employees. Shortly after arriving they begin training at the Emirates Flight Training Academy, a collection of sleek, white buildings on the outskirts of downtown Dubai. ‘Buses picked us up at 5am each morning and dropped us home around 2pm. It was a little like doing a degree all over again, but packed into eight intense weeks.’ 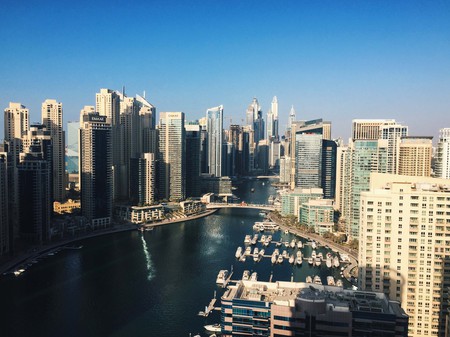 Emirates staff are trained using a life-size replica of the front end of an Airbus A380, the world’s largest aircraft. Not only are they taught how to provide top-class service, but cabin crew also learn how to deal with life-threatening situations like medical emergencies and terrorist threats. ‘Most days were spent on the simulator acting out emergency procedures, like what to do in case of severe turbulence or if the captain is forced to make a water landing.’ Cabin crew are also taught how to disarm an AK-47 and deliver a baby at 35,000 feet (10,668 metres).

‘The day that everyone looked forward to most during training was uniform day.’ Each uniform is tailor-made and cabin crew are given strict instructions on how to style their hair, manicure their nails and wear their makeup. ‘It was the first time it all felt real, that you were soon going to be responsible for the lives of 388 passengers.’

On any flight, a senior member of the cabin crew will manage the rest of the team and take care of passengers in first class. Cabin crew are always aware of who is on their flight, whether politicians, celebrities, or honeymooners, so they can add a personal touch to the service.

The most common problem faced by cabin crew is drunk and disorderly passengers. ‘Before you get on any flight think about how much you’re going to drink and the impact it has on others around you and cabin crew. If you’re too drunk you’ll be offloaded and not allowed to fly.’ Once airborne, cabin crew enforce a traffic light system with ‘red’ being to deny alcohol, or in less serious cases putting alcohol around the rim of the glass or diluting drinks. 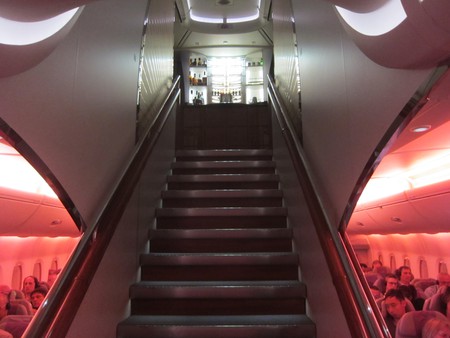 Medical emergencies are also a regular occurrence on long-haul flights, the most common being passengers fainting and requiring oxygen, or sickness from turbulence. Both of these are easily handled but what cabin crew dread is when a medical emergency becomes life threatening and doctors have to be contacted on the ground.

‘We are trained in advanced first aid and this training is refreshed before every flight as you never know what to expect. I was unlucky enough to be on a flight where a passenger passed away due to a suspected heart attack. CPR was administered by alternate crew for over an hour, the defibrillator was at the ready, but there wasn’t ever any sign of a heartbeat so the doctors on the ground advised to stop.’

All cabin crew embark on a supernumerary flight, which is their one chance to sit in the cockpit for take-off and landing, while wearing a headpiece allowing them listen in on communication between ground control and the flight deck crew. ‘My first flight was to Bangkok and this was an opportunity to ask all those burning questions, locate all the emergency equipment and get familiar with the service.’

Emirates staff are encouraged to explore a destination whenever they have a layover. ‘Some of my most memorable experiences were sledging on the Alps near Zurich, swimming with whale sharks in the Philippines and visiting Hobbiton in New Zealand. I ended up becoming a bit of an expert on certain places, like Bangkok which I visited seven times.’ 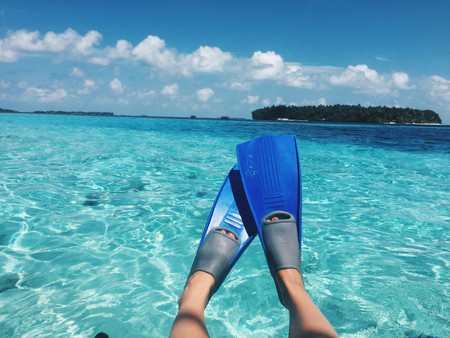 Exploring the Maldives on a day off | © Sophie Knight

‘After a crazy 18 months, I decided it was time to move back to England, back to normality and a regular sleeping pattern. My last operational flight was to Cape Town, and it is a flight I’ll never forget. Sleeping wasn’t an option, I had to make the most of the 24 hours.’

‘After checking into the hotel, another crew member and I headed to Table Mountain to watch the sunset over the beautiful city. The next morning, I went paragliding off Signal Hill and while coming in to land I saw a humpback whale swimming along the coast. This was the end of my whirlwind adventure and it was ended on the biggest high possible.’

Travelling around the world and being paid to stay in four and five star hotels, earning tax free income, living in a rent and bill free apartment and working 80-120 hours a month, what is not to love? As much as being a member of cabin crew is a dream for anyone with wanderlust, be warned, the odd hours are something you never get used to. ‘One day you could have your alarm set for 3am to operate a 16-hour flight and the next….who knows.’

As there was over 22,000 cabin crew working at Emirates it’s uncommon for crews to stay together long, unless cabin crew are extremely lucky to swap onto a friend’s flight. Never working with the same set of crew has its pros and cons, but at least there is some stability back in Dubai. ‘I definitely miss the discounts (Emirates staff a rewarded with 90% off the cost of flight) and travel is more expensive now.’ One word of advice for passengers, only use the call bell above your head in an emergency, not for a refill. Bon voyage! 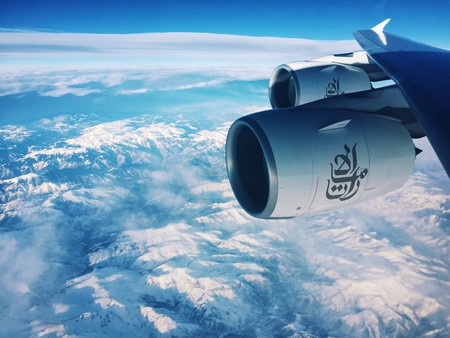 Rolls-Royce engines on the A380 | © Sophie Knight
Give us feedback