The History Of The Burj Al Arab In 1 Minute 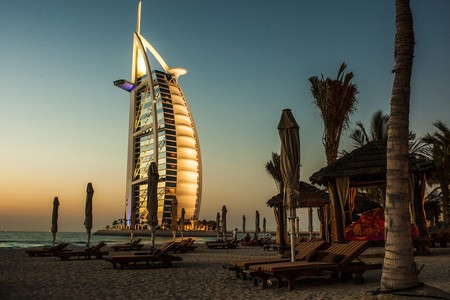 Founded in 1971, the United Arab Emirates began its development quickly and within just 28 years of its founding built and fully released one of the most iconic hotels in the world. Built on a private, man-made island, the Burj Al Arab continues to be a favourite photo backdrop amongst locals and tourists.

Designed by Tom Wright and built on Dubai’s coast in 1999, the Burj Al Arab, literally translated to ‘the Arabian Tower’, was built over a five-year period: three to create the island and two to build the hotel. Construction involved an international team of over 3,000 contractors, 250 designers and 3,500 workmen onsite at any given time. The hotel was one of Dubai’s first record-breaking structures. 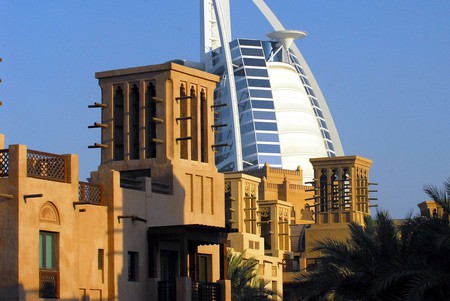 Burj Al Arab as seen from the Madinat Souq | Pixabay 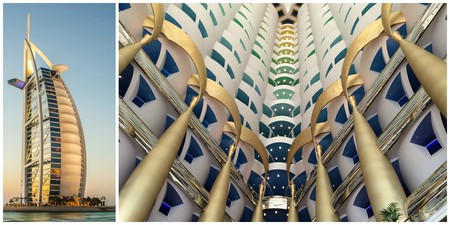 The Burj Al Arab sits on a private island 15 kilometers south of the shore of one of Dubai’s oldest low-rise neighbourhoods, Jumeirah. It is currently one of the tallest hotels on Dubai’s coast and has one of the most unique views of the ever-growing city. Exclusivity goes a long way, so the restricted entry to the hotel gives only guests the luxury of seeing the city from a coastal point-of-view while lounging in some of the world’s finest and most expensive interiors.

The 321-meter hotel accommodates only 202 double-floor suite rooms, with almost 39% of its architecture being unusable for living space. Rooms are in high demand (even though rates are over $2,000 per night) as many consider it to be a once-in-a-lifetime experience.