The Gem of the Arab World: Sharjah as Islamic Culture Capital

With a unique cultural radiance supporting both heritage and contemporary progression, it is unsurprising that Sharjah was crowned the Islamic Culture Capital 2014. Sharjah was first recognised in 1998 by UNESCO for the emirate’s role in the cultural environment of the Arab world. Since then the emirate has maintained its commitment to culture, both historical and contemporary making it an ideal candidate for the 2014 title. 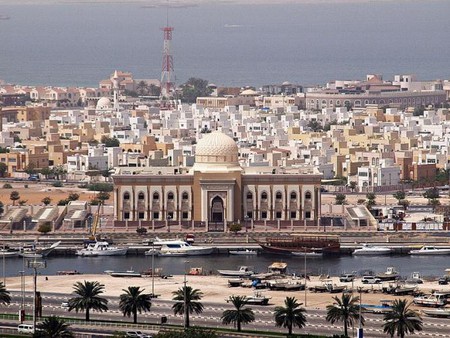 Sharjah is and has historically been distinguished by a strong cultural and intellectual legacy and holds a prominent position within the United Arab Emirates and wider Arab region. Sharjah is also the third largest emirate in the UAE, forming a metropolitan trio with Dubai and Ajman. The cultural prominence of Sharjah in contemporary society, although based strongly on heritage, was heavily influenced by the creation of cultural institutions by order of the Ruler of Sharjah, His Highness Sheikh Dr. Sultan Bin Mohammed Al Qasimi.

It was his wish to establish a number of institutions that would help realise his cultural vision of the emirate. This resulted in a plethora of activities and projects spanning heritage conservation, the construction of museums, artistic and scientific centres and other cultural hubs. The strategy even reached to setting up a television satellite channel that would promote and reflect cultural values in the UAE. The interaction between Islamic and other cultures was also actively encouraged by this cultural strategy.

As an established centre for culture and industry Sharjah is home to numerous scientific research facilities, manuscript libraries, archaeological centres and museums such as the Museum of Islamic Civilisation, the Maritime Museum and the Calligraphy Museum among many others. It is therefore unsurprising that Sharjah is a magnet for researchers and enthusiasts of arts, culture and science alike. In particular, Sharjah is noted for its Islamic monuments, schools, mosques and public parks in addition to multiple high-profile literary and intellectual institutions. However, a key feature of Sharjah is that it has maintained a healthy respect for history and tradition whilst striving to forge a vibrant, contemporary culture, making significant contributions to Islamic and Arab culture across the board.

Heritage and tradition continues to be influential within the UAE and wider Islamic and Arab culture. Sharjah itself has deep historical roots in traditional arts and crafts practices. Trades and skills dating back to desert tribes influenced by migration practices have been handed down through the generations and continue to represent a key part of Islamic culture. In Sharjah the main crafts and trades are pottery, bridal chests, weaving, embroidery, daggers and knives, ornate carved doors, perfumes, incense and henna. Many of these crafts are still popular activities among locals today and can be found throughout the emirate. This maintenance and celebration of Sharjah’s arts and crafts heritage is a key element in the cultural agenda that permeates the emirate’s contemporary society. 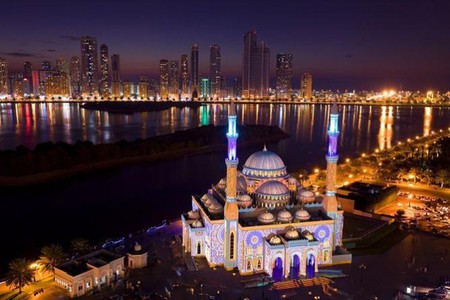 The appointment of Sharjah as the Islamic Culture Capital 2014 signifies the emirate’s prominent role in the preservation, promotion and dissemination of culture in a way that has an impact at a local level and across Arab, Islamic and international arenas. Through a combination of historical, established features and an abundance of annual or one-off cultural activities including festivals, book fairs, exhibitions and theatre productions, Sharjah is responsible for improving the cultural experience of many individuals and groups within the Islamic community.

Among the vast number of prominent projects guided by the ruler’s cultural vision perhaps the most influential and highly praised is the Culture Without Borders project. Through this scheme a library of 50 books was created in the home of every local family in the emirate. With a particular focus towards children, Culture Without Borders aimed to promote and encourage both literacy and a broader cultural development within the emirate.

The attribution of the Islamic Culture Capital title not only recognises Sharjah’s previous cultural achievements but also serves to further the cultural development of Sharjah. The impact has been demonstrated by the emirate’s recent cultural offering and the extent of Sharjah’s future cultural and Islamic events programme.

Here is a selection of some of the best cultural events taking place in Sharjah in conjunction with the emirate’s appointment as the Islamic Culture Capital 2014.

The Clusters of Light festival kicked off celebrations of the appointment of Sharjah as the Islamic Culture Capital in spectacular style. Bringing together talented artists, theatrical performers, cinematographers and scholars from the Arab and international community this theatrical artwork culminated in five illuminating performances telling the story of the Prophet Muhammad. Clusters of Light represented the amalgamation of His Highness Sheikh Dr Sultan bin Muhammad Al Qasimi’s cultural strategy and his vision for Sharjah. The monumental event itself celebrated Islamic culture and heritage whilst also conveying a strong message of tolerance and human values. Clusters of Light has come to be recognised as an artwork of high international value, sure to remain engraved in the memories of those who witnessed the spectacle.

For a nine-day period in February 2014 twelve public spaces across the city of Sharjah were illuminated by a myriad of light and sound installations as part of the fourth Sharjah Light Festival and in celebration of the emirate’s appointment as the Islamic Culture Capital 2014. The city, its architecture, parks and gardens were transformed by a diverse group of talented international and local artists such as Laurent Langlois, Antoine Néron-Bancel and TILT into a wonderland of emotive and mysterious installations. Through a symphony of light, colour, sound and image the fourth edition of the acclaimed festival not only shed light on the talent of participants but also on the rich heritage and architectural splendour of Sharjah.

In keeping with festival patron, Ruler of Sharjah’s vision of cultural development through literacy, the sixth Sharjah Children’s Reading Festival will be held under the name Discover Friends for Life. The festival itself was conceived to develop children’s culture, skills and talents whilst also providing a platform for engagement in the wider cultural milieu of Sharjah. The 11-day event, held from 15 to 25 April 2014, features 124 publishing houses from 17 countries and 95 writers, artists and academics from the UAE and abroad making it the largest edition of the festival to date. The naming of Sharjah as the Islamic Culture Capital 2014 has also influenced this year’s programme of events in the addition of an award-winning interactive exhibition by 1001 Inventions which sets out to highlight and celebrate the scientific and cultural achievements of Muslim civilisation.

Sharjah Biennial is a longstanding feature in the Islamic culture calendar. Established in 1993 this dynamic biennial has been instrumental to broadening the visual arts scene in the UAE. Considered a cultural pillar and one of the most prominent factors in the development of artistic awareness, Sharjah Biennial claims responsibility for raising the standard of aesthetic tastes throughout the region. The biennial itself has a flexible structure enabling the presentation of dynamic works of contemporary art and numerous professional arts programmes. Cultural enrichment is at the forefront of the Sharjah Biennial’s agenda alongside the support of young artists. Since 2003 when management of the event was taken over by Sheikha Hoor Al Qasimi, Sharjah Biennial has evolved from a bi-annual cultural event into a prominent display of cultural and artistic production regarded highly across national and international art forums.