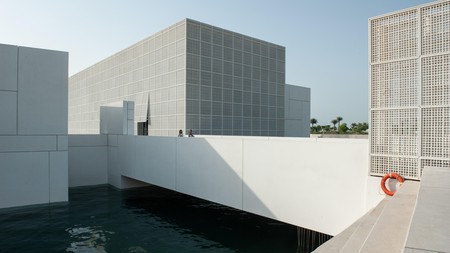 Behind the shining exterior of Abu Dhabi in the United Arab Emirates lies a thriving centre of culture.

Starting with a historic partnership with France’s Louvre, one of the world’s most august institutions, the Abu Dhabi government has embarked on a mission to transform the city into one of the cultural capitals of the Middle East. Here are the best places to get your dose of art and culture in the city. 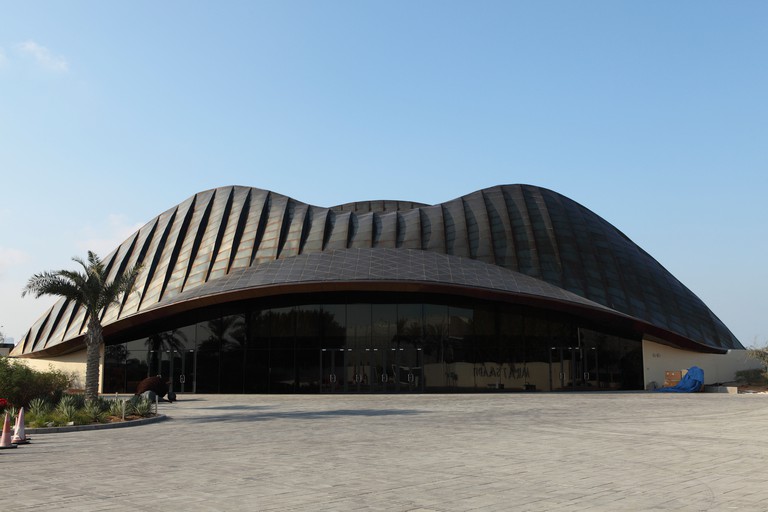 Manarat Al Saadiyat is a long-standing institution on the Abu Dhabi culture scene. Spread across 15,400 square metres (166,000 square feet), the museum on Saadiyat Island is home to many famous works of art such as Joseph-Philibert Girault de Prangey’s Ayoucha from 1843 Cairo (depicting the oldest known photograph of a veiled woman), a tile of arabesque patterns that has its origins in the Ottoman Empire dating back to 1570 and a silk painting that is from Japan’s late 17th century. There are also treasured pages from the Holy Quran and suwar from late 13th-century Syria. Workshops, film screenings and live music are all part of the centre’s ongoing programme. New art and photography studios allow budding artists to work on projects alongside a team of creatives. The cultural hotspot is also home to Abu Dhabi Art, an annual event that attracts creators and galleries from all over the world.

Launched in 2015, Warehouse421 has transformed an old storehouse in the historic port area of Mina Zayed into a creative hub. The museum serves as a platform for artistic expression, understanding and further development of the country’s community of artists. Themes change quarterly, with past shows including Al Rabi’a (2019), a performance-centric exhibition led by experimental visual artist Shaikha Al Ketbi. Featuring walls lined with static and moving paintings depicting scenes from the artist’s dreams juxtaposed with “fabricated recollections”, the work delved into themes of the human mind and memory. Another big hit was Nomadic Traces: Journeys of Arabian Scripts (2019), which explored the role that scripts have played in defining and preserving the cultural identity of past and present civilisations. 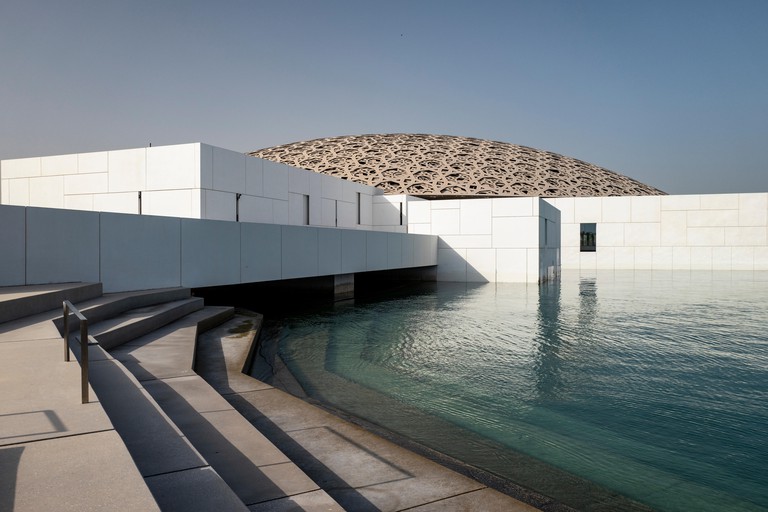 © Dominic Byrne / Alamy Stock Photo
Book Now
As you set foot in the Louvre Abu Dhabi – a first-of-its-kind museum in the Arab world – you begin to see just how grand the city’s cultural ambitions are. Located on Saadiyat Island, the Louvre aims to showcase the interconnectedness of different cultures and universal human values. The museum has 23 permanent galleries and over 620 original exhibits. The collection is built from local pieces as well as loans from leading French institutions such as the Musée d’Orsay and, of course, the Louvre. It strives to explain the story of world history through artefacts from all over the world, grouped together by time period. Egyptian antiquities sit alongside treasures from the Greek kingdom, religions are examined through Gothic Bibles and blue Qurans, and the effects of the Industrial Revolution are articulated by Van Gogh. A rare oil sketch by Rembrandt was brought to the museum in early 2019. The painting is part of an exhibition where 90 golden works from the Dutch Age of the 17th century are on display. Unsurprisingly, the building is a work of art in itself. Pritzker Prize-winning architect Jean Nouvel’s geometric domed roof is spectacular with a design that allows a “rain of light” to shower through. Families can enjoy a dedicated children’s museum and hands-on family workshops, including the very popular art lessons at the Manga Lab.
Open In Google Maps
Cultural District, السَّعديات أبو ظبي, أبو ظبي, United Arab Emirates
+971600565566
Visit Website
Give us feedback

Viewed as the symbolic birthplace of the city, Qasr Al Hosn was the capital’s first permanent structure and home to the UAE’s ruling Al Nahyan family for generations. The building opened to the public as a museum in 2018 after nearly a decade of restoration work. The coral-and-sea-stone Inner Fort – or Hosn – was built around 1795 as a watchtower for the people who settled on Abu Dhabi island in the 1760s. The Outer Palace was built in 1939 by Sheikh Shakhbut bin Sultan and served as his majlis (council) as well as the Al Nahyan family home during the winter months. At the new museum, archival material, interactive audio-visual experiences and archaeological objects chronicle the city’s transformation from a fishing and pearl-diving economy to the current glass-and-steel metropolis. The House of Artisans hosts workshops and demonstrations by Emirati craftsmen such as the UAE’s first Bait Al Gahwa, an initiative that enables visitors to sample the UNESCO-protected Arabian coffee, served in a traditional fashion. 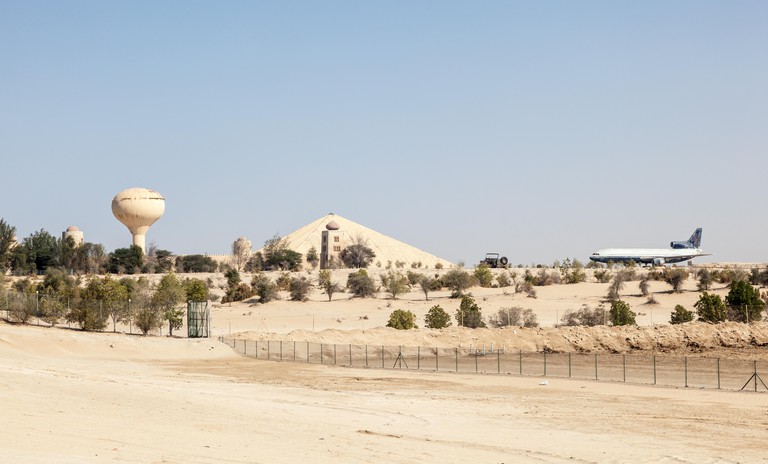 Located 45 kilometres (28 miles) south of Abu Dhabi on the highway that leads to the Liwa Oasis, this pyramid-shaped structure is surrounded by desert sands on all sides. Motorheads can view Sheikh Hamad bin Hamdan Al Nahyan’s private collection of more than 200 cars, from prototypes and concept cars to American classics – the oldest being a steam-powered 1885 Mercedes. In 1983, Sheikh Hamad bought seven Mercedes 500 SELs, painted in the colours of the rainbow for each day of the week, which are on display here. The museum is the resting place of several iconic vehicles, including the world’s largest truck, an eight-bedroom motorhome complete with balcony and the Globe Trailer dubbed the “Earth on wheels”.

This museum is home to a collection of artefacts and personal memorabilia documenting the life of Sheikh Zayed bin Sultan Al Nahyan, the founding father of the Emirates. In the main hall, visitors can view Sheikh Zayed’s favourite blue Mercedes, a beat-up Land Rover, his personal falcon clock, a rifle and several presents from visiting dignitaries. Another highlight is a set of black-and-white photographs that capture everyone from Queen Elizabeth II to pre-Arab Spring leaders Hosni Mubarak and Muammar Gaddafi on their visits to the capital. In another hall, visitors can learn about the history of Emirates Post, the Abu Dhabi Company for Onshore Oil Operations and Abu Dhabi’s police force.