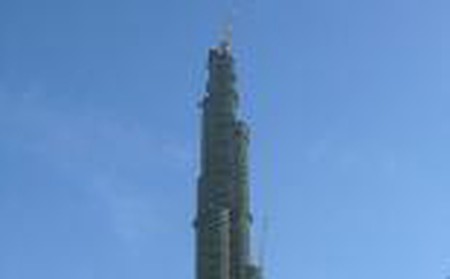 Dubai’s economic boom rendered the city a experimental playground for ‘starchitects’ from around the world. The general aesthetic wavers between a telegenic, ‘global’ style and one which refers to the UAE’s cultural traditions and topographical idiosyncrasies. 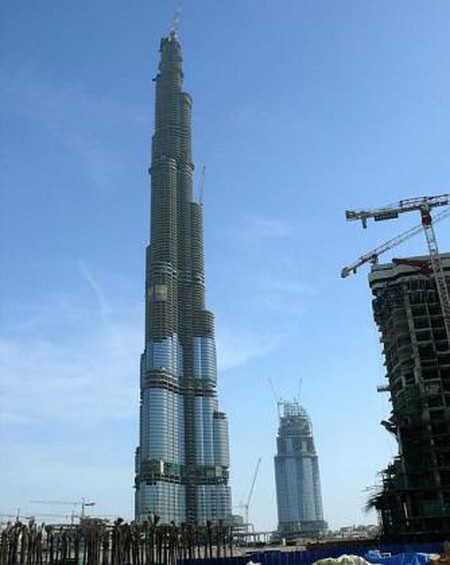 As the European and US economies collapsed around them, numerous architects from the West traded their New York and Berlin offices for posts in Dubai, a city, according to German cultural manager Michael Schindhelm, in ‘total mobilisation‘. Until the crash in 2009, buildings sprung up at an astonishing rate. Due to the unique position of Dubai as a postmodern city, built up by architects from all over the world, one wonders whether the city can possibly claim to have a character quintessential Middle Eastern or United Arab Nation-esque, or whether they articulate a so-called global aesthetic.

Now a port for international trade and financial services district, Dubai’s economy gained an immense boost following the discovery of oil in the late 1960s. Rapid growth meant that the desert-city gained interest from architects hoping to find a place to realise major projects previously limited by heavy restrictions typical to other built-up cities.

The Burj Khalifa, the world’s tallest freestanding tower, opened in 2010 after six years of construction. It was designed by American architect Adrian Smith as a visual reference to the onion domes of traditional Islamic architecture, popularly recognised in Russian Catholic architecture, which borrowed the design. The Arabian desert flower, the Hymenocallis, is another referent made by the building. Both referents can only be fully appreciated from above, on the vertical plane. But the designers also looked to their contemporaries abroad, specifically the Tower Palace Three in Seoul and Frank Lloyd Wright’s unrealised (but possibly utopian) vision for The Illinois intended for Chicago. Both likenesses can be appreciated from the ground.

Iraq-born Zaha Hadid’s award-winning design, the Signature Towers, was proposed for Dubai in 2006 and unveiled at the Guggenheim in New York. Three twisted rectangles intertwine in a gesture which attempts to locate business, leisure and living in one geographical and sociological space. The three peaks signify the three new districts within the greater metropolitan area of Dubai. Connectivity of currently distinct areas is multiplied in Hadid’s vision, which includes two link bridges and new ground.

Creating iconic buildings for the fast-growing city has pushed some architects beyond the bounds of the possible: Hadid’s Signature Towers is a ‘stale’ project. The vision for Dubai has shifted rapidly over the past decade, thanks in part to flailing economies, but also, possibly, to differences in opinion and taste. Early in his stay in Dubai, Schindhelm was confronted by the opinion that ‘piano playing comes from the devil’s fingers’. His task was to change ideas of the beautiful, the aesthetically pleasing.

Despite differing ideas on the beauty of piano playing, construction of the Dubai Opera House has not yet been terminated, despite a lack of funds. Another Zaha Hadid project, the Opera House will resemble the sand dunes of the local desert. A gesture suggestive of reverence for the naturally occurring topography of Dubai and sublime vision for the city’s cultural spaces.

One might perceive Dubai to be a city which sidesteps the debate between the location-specific and the global aesthetic, being a postmodern city constantly moving forward. Even in hard times, architects’ visions for buildings which are at once local and global icons, construction of a city in which different cultures converge continues.