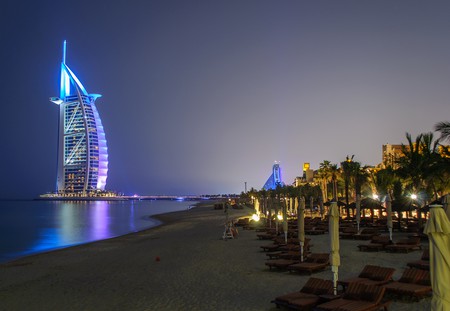 Summer in Dubai is so hot that even sea water doesn’t cool one down during the day. For those who want to take a dip in the ocean, night is the ideal time for a swim. However, night swimming was against the law at all beaches in Dubai — until now! As of May 21st, one beach in the city has made night swimming legal, and it’s thanks to an ingenious invention.

Due to safety concerns, swimming past sunset in Dubai has always been illegal. However, Umm Suqeim Beach 1 has launched a smart initiative to allow swimming under the moonlight. The beach is now equipped with two “Smart Poles”. These 12 meter tall poles provide the beach with high-intensity light after dark, safely illuminating the beach. The light is generated from solar and wind power, so it’s not only good for swimmers, but for the environment too.

Many new lifeguards have also been appointed to work until midnight, when legal swimming time stops. Swimming is allowed on a 125 meter stretch of the beach, and swimmers are allowed to go as far as 30 meters into the sea. 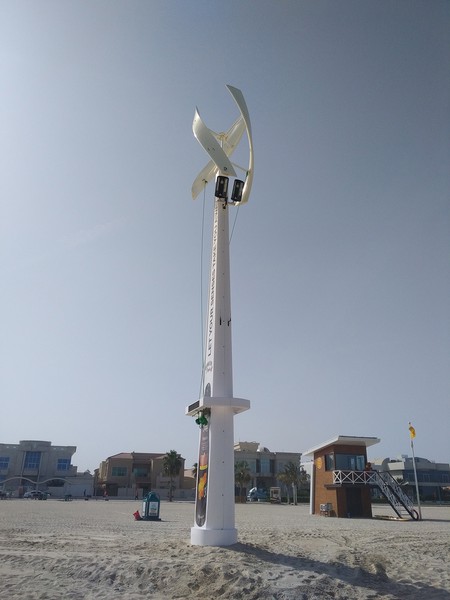 This innovative addition to the beach is part of a project to turn Umm Suqeim 1 into a Smart Beach. The Smart Poles are a project by D Idea Media Company. But, they are not the first smart elements to hit the beach. The company was also responsible for the “Smart Palms“, or palm tree-shaped installations that provide free Wi-Fi to the beach, as well as other areas of Dubai. The Wi-Fi service can support 50 devices at a time, at a distance of 53 meters. The Smart Palms are powered entirely by solar energy, and also share weather warnings, to ensure all swimmers are safe and well-informed. 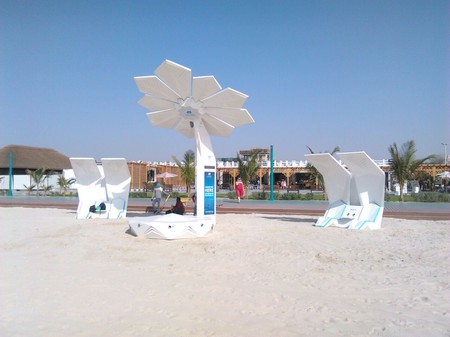 Taking the innovation even further, the beach also has its very own “Smart Changing Rooms”. The two changing areas provide lockable spaces in which to get changed, and are also entirely powered by sustainable energy. An alarm in the changing rooms sounds if the door has been locked for five minutes with no motion inside, to warn authorities of a potential medical emergency.

Smart Changing Room have been installed on a beach in Dubai

All these initiatives encourage tourism and ensure that the Dubai heat doesn’t stop visitors from heading to the beach even during the summer, when the daytime temperature hovers around 40 degrees Celsius. Night swimming remains illegal on all other beaches in Dubai. 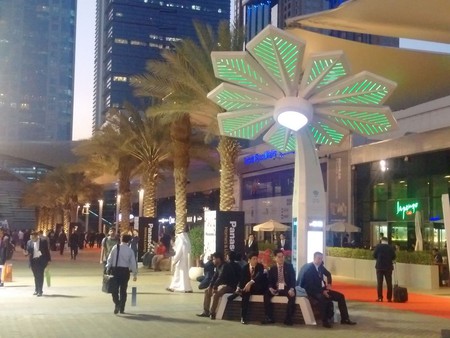 Courtesy of Smart Palm
Give us feedback