Since February 2014, over 100 million viewers across the world have turned on their televisions to watch a certain talent show. But it’s not rock stars or would-be models they’re watching: it’s poets. Abu Dhabi-based Million’s Poet is a unique talent show that is revolutionizing a traditional art form for the modern era, revitalizing Nabati poetry for a young Arab generation and reconnecting them with a heritage that stretches back more than five centuries. 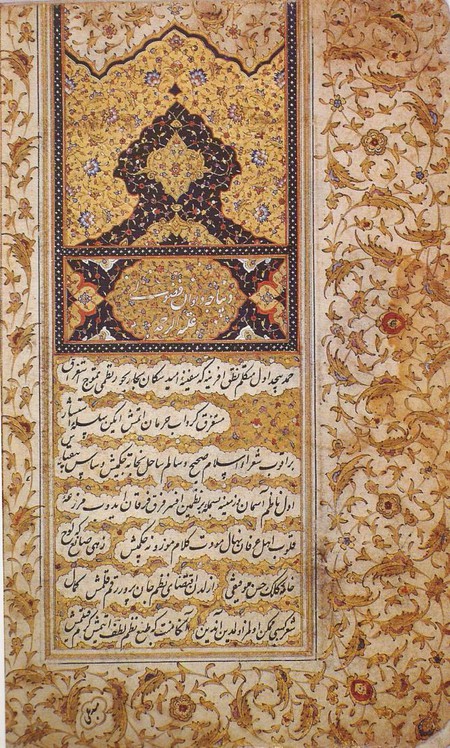 In the West, the television talent show has become synonymous with a sort of cultural stagnation. This is particularly true of singing contests. Whereas at least the …’s Got Talent allows for local color and the occasional revival of traditional forms of entertainment (if only, occasionally, to simply mock them,) acts within singing shows, such as the worldwide Idol and X Factor formats are increasingly stuck in the same hackneyed series of sub-par big band numbers and pop divas’ hits from the early 1990s. Compared to this, the United Arab Emirates’ Million’s Poet has revolutionized and revived a traditional art, creating a spectacle that brings traditional poetic forms to a prime time audience.

What is truly remarkable about the program, however, is its success. It has reached its sixth series now, and attracts audiences not just in the UAE but all over the world. Their third series had worldwide viewing figures of over 110 million, and the series has gone from strength to strength in the two years since then. As these figures suggest, what seems a fairly unglamorous and niche activity — poetry recitation — is actually big business.

And Over $1 Million Prize Money

This is most clear when you consider the prize money for the show. For this year’s competition, which ended in May, the prize money was five million UAE Dirhams, or approximately $1.3 million dollars. Prizes are also given up to fifth place, who receives 1 million Dirhams. To put that into context, $1.3 million is $200,000 more than the Nobel Prize for Literature, and $300,000 more than the winner of American Idol won in 2014. This is even more amazing when you consider that Million’s Poet is a competition for amateurs, compared to the greats of world literature who have received the Nobel.

That is not to say, however, that the poets of Million’s Poet are in any way amateurish. The selection process in rigorous. Not only do they have to perform their unique compositions to the audition judging panel of respected academics and poets, but are tested on their metre, rhyme and diction on a far more academic level than can be found in the wannabe Whitney vocal gymnastics of the average contestant on, say, The Voice. This is also reflected in the judging itself during the live shows, which is on a similar level to the auditions and far removed from the pithy put-downs and staged petty squabbling of the average talent show.

Despite the differences in levels of superficiality, Million’s Poet actually has a lot in common with the format of these programmes, which is arguably what makes the whole experience so strangely compelling. On the one hand, the process is about the celebration of tradition. Contestants wear traditional costume, and poems are in the Nabati form, a form that originated in the 16th century.

On the other, however, the whole process has all the glitz of any other talent show. The studio in which the finals take place has all of the grandiose trappings of America’s Got Talent. Large video screens announce each contestant as they take to the stage, introduced by the glamorous female host, with the performer then reciting in front of a substantial live studio audience. To the uninitiated, used to seeing contestants who have been given extensive styling, this at first seems incredibly jarring, with the program focusing heavily on substance, but taking place in the stylish studio.

To misunderstand this, however, is to forget the importance of Nabati poetry throughout the Middle East. Just as singing and performance are integral to the American culture as the founding nation of the blues, soul, or rock and roll, so too is this poetry crucial to Middle Eastern culture. Nabati is known as ‘the poetry of the people’, and has been for nearly half a millennium. In fact, it is not totally ridiculous to compare the form to the rock and roll song; both are popular for their directness, seeming spontaneity and rousing nature. Both are populist alternatives to the more formal modes of classical music or poetry. Its popularity as a form can be seen by the geographical spread of the contestants, with poets from all over the Middle East taking part every year.

One argument for this program’s success is exactly this. By replicating the Western format, but with the addition of a cultural form so central to the Middle Eastern consciousness, they have avoided the faults of previous attempts at Western-style programming such as an Arabic Big Brother, which was cancelled before the program was even finished. The production values are Western, but the content is distinctly Middle Eastern, and it is this cultural marriage that makes the program so compelling.

But it is also clear that there is more to this program’s success than just its glitzy rehash of old ideas. Firstly, there is the involvement of Crown Prince of Abu Dhabi, General Sheikh Mohammed bin Zayed Al Nahyan. The program is the cornerstone of his project to promote the culture of the UAE, and he is not only a major funder for the program, but also its regular guest, allowing both its lavish setting and cultural legitimacy. Secondly, and crucially, it is in its essence a modern updating of the tradition of oral performance.

Whereas previously the oral poet would be simply able to share his work with his tribe, village, or local area, Million’s Poet recreates this on a grand scale, with the charismatic, expressive poet able to broadcast to 100 million people. But at its heart is the same tradition, albeit writ large. True, people are responding to the glamour and showmanship that the Sheikh’s money has brought to the show (unavailable to other cultural programming in the region), but more than this the show’s success comes from these shamanistic figures sitting on hilltops across the Middle East and indeed across the world. These have particular influence in the area, with poets such as Iran’s Hafez and Saadi considered national heroes, with tombs that have become sites of pilgrimage and tourist destinations.